As a freelance designer he has worked for notable companies including Imgur, Riot Games, Reddit and Rehabs.com. His work has been featured in multiple publications including The Huffington Post, Wired and Inspired Magazine.

Born to Cuban parents in Miami, Florida, Andy took the first steps towards his design career at 12 years old making web banners and “sigs” for his favorite online gaming forums. In his free time he enjoys sculpting, wasting his life away on the internet, making cafecito & dancing salsa. 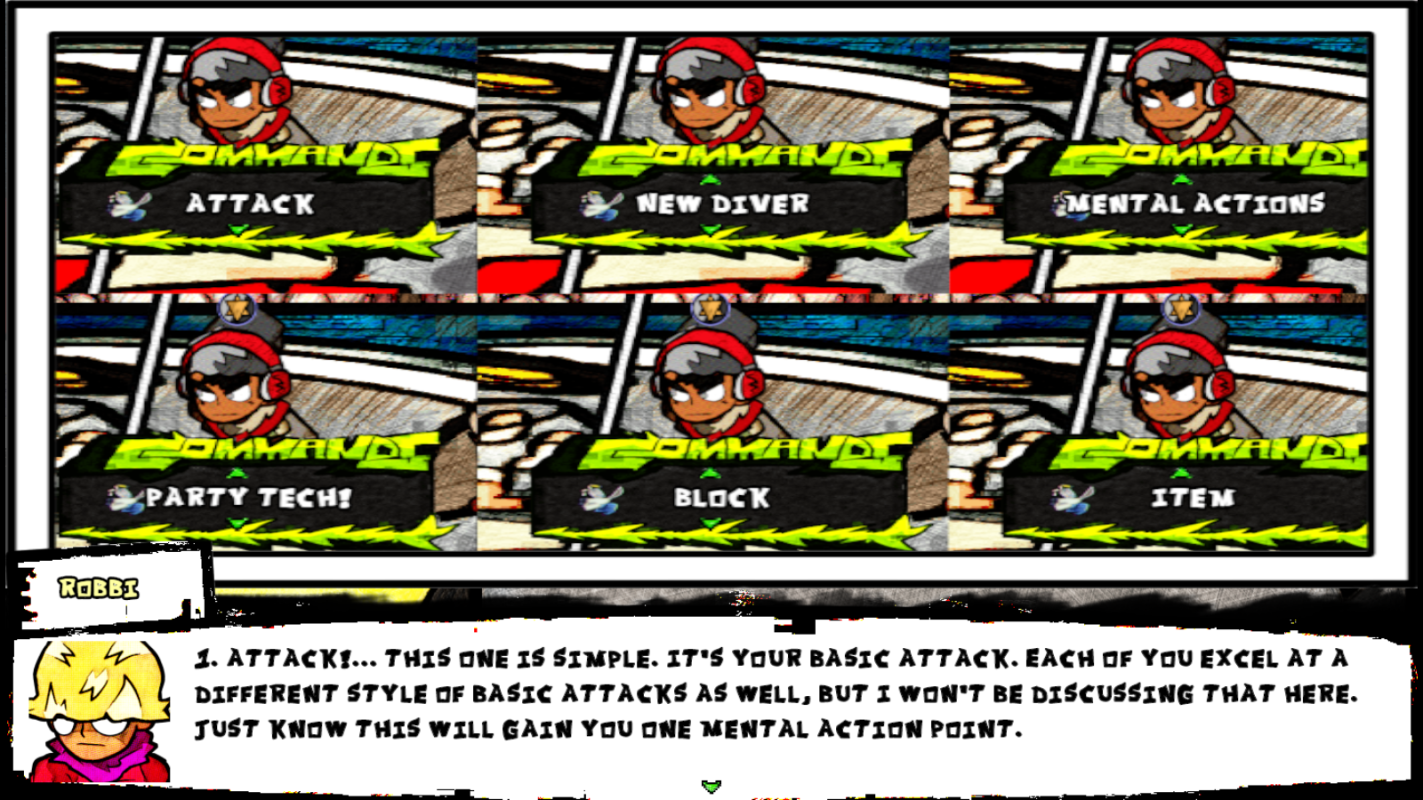 part of the common event help menu I'm working on. I used Yanfly's Common Event Menu to set it up and here's a screen of once you've selected one of the options. This one explains the 6 different battle commands.
Today at 12:23 PM •••