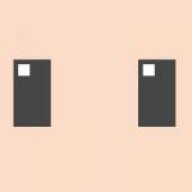 Why Do you Want A Zoom Script:

My games style is intended to be 8 bit'ish / retro throw back. Things are intended to look very square/blockish.
However the problem is some of the detail is so very small that with current size it gets lost.

Plus some of us older people don't see as well as we did when we were in our early 20's or teens, so you are

What I am looking for:

- Map Zoom that is on the entire time except for in title screen.

- variable integer at top of script that allows me to change zoom to my needs.

What I am NOT looking for:

- Yanfly's resolution change ( core engine ) I have this and am happy with the window screen size.

- Modifying Mask's plugin to force it to work as I want, due to user reports of various bugs with his plugin.

- Being told what I wan't can't be done, or debate about why it should or shouldn't be done.

- Told to draw my tile sheets and sprite 1.5x larger with 1/2 detail ( or something to this effect )

The person who assist with this will get name in credits.
Last edited by a moderator: Jan 1, 2016

I think you need to clarify what effect you're after, because too many people have mixed up incorrect uses of words like resolution for too much time.


It is important to note that resolution, screen size, zoom level and so on are mathematically connected - if you change one, you usually automatically change another value as well.


And unfortunately your description of what you do not want still leaves several options of what you want, especially if you want the plugin to apply only to part of the entire system.


Can you give a better description of which parts you want to be changed, keeping the definitions in mind?

Really unsure at this point how to make it any more clear.

So basically you want the map elements (sprites and tiles, but not the menus or text frames) increased in size to 72x72 (which means reducing the number of tiles visible on screen if you keep the same screensize)?

And you want that without using different tilesets or sprites, so you can't change the internal grid size but need to use a mathematical zoom for that.

Possible, but it will require a scripter who knows about mathematical picture manipulations (you can't use the default windows zooms because that would also zoom the GUI).

The variable zoom idea might be a bit too much - it depends on which functions are used and how much processing power the computer has. I don't know enough about picture recalculations to tell you how much a variable zoom would lag - you might get lucky or you might have to settle for a fixed zoom.

EDIT: corrected new pixelsize to 72, I calculated wrong at first)
Last edited by a moderator: Jan 1, 2016

Look there is no need to give a highly complex and convoluted explanation to an extremely simple, basic, elementary concept.

I think maybe the request is so simple you are trying to make it way more complicated than it actually is.
I have provided a picture to give a visual example, and even though GUI elements are not showing, imagine they are there default ( same size ).

In regards to the variable, I feel maybe you don't understand what variables are in scripting or programming.

What I am asking is... instead of the variable (number) used to dictate the zoom strength be buried somewhere in 400 lines of the .js

that it be placed at the top of the script where I can easily adjust it to the required zoom, IT WILL UNDER NO CIRCUMSTANCES CHANGE DURING GAME PLAY!

It is merely placed at the top where I would be able to get the desired zoom, then remain at that setting once I have saved the .js file.

Still looking for someone who is available to do this project.

Still need assistance with this plugin. 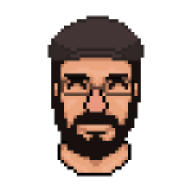 I'm not an experienced programmer in this RPG Maker version... But I'm trying to achieve something similar. Maybe this can help you;

Barduck said:
I'm not an experienced programmer in this RPG Maker version... But I'm trying to achieve something similar. Maybe this can help you;

What I am NOT looking for:

- Modifying Mask's plugin to force it to work as I want, due to user reports of various bugs with his plugin.

Sorry, engineering rule.. the more moving parts, the more chance it breaks, just need a simple plugin without the fat or bugs in Mask's plugin. 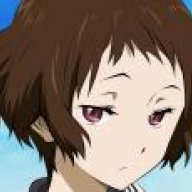 I've been looking for a similar script for a long time. I've used Masked's plugin too, but I also found it buggy, and it causes weird graphical glitches sometimes. I've found a solution that can be done as a script call.


Because it simply zooms in the screen, the 2 (depending on your zoom scale) tiles along the edge of the map are not shown, though. This can be resolved by making 2 buffer tiles along all edges of the map. The 3rd tile from the edge can be treated as the new edge tile. If you don't do this, the player will be able to walk out of the camera.


The only other bug I've found is that when entering combat, the screen fully zooms out before then zooming in for combat. I don't mind that for my own project, but it can probably be fixed easily by another plugin that edits what happens when entering combat.


Other than that, it is clean, bug-free, doesn't do anything funky, and doesn't break compatibility with any plugins. Even Galv's camera control works just fine on top of this.


I hope this may be of help. Otherwise, treat this as bump for someone to make a proper zoom script soon.
Last edited by a moderator: Jun 12, 2016 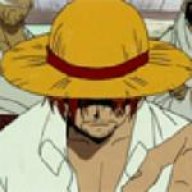 Thank you for the clean and easy suggestion, @Mintorossa! In case anyone wants to try this, make sure to run this command as a parallel process (and not just a one time thing that gets called when you enter a map). I just discovered that entering the menu and exiting it will reset the zoom level, so the command has to constantly be running to prevent that from getting screwy.

Editing all of my old maps to have that buffer will be a bit of a pain, but I love that we can see everything up close. Can't wait to start adding this to my games!

Update: I did notice that zooming this way also effects images, however. As someone who uses image files for my face set / text boxes, this could be problematic. I could shrink the size of my images to better fit to the zoomed screen, but that seems like a major sacrifice to image quality. For the time being, Mask's plugin seems to be my best option.
Last edited by a moderator: Oct 12, 2016
You must log in or register to reply here.
Share:
Facebook Twitter Reddit Pinterest Tumblr WhatsApp Email Link

ImaginaryVillain
Considering a side project of making a Choose Your Own Adventure in MV but letting people play it as YouTube videos with the choices at the end leading to other videos. Thoughts?
Today at 6:12 PM •••

Storyteller-Hero
I've made a rudimentary prototype map for the first game with the MV RTP overworld tiling. I'm probably going to photoshop the crap out of it for parallax, but the prototype has given me new ideas about how I want to place dungeons in the game.
Today at 4:15 PM •••

Cythera
I got tired of not having an avatar image. Couldn't think of anything cool. So I'm just using my game's antagonist instead... How original. At least both of our names start with C?
Today at 12:10 PM •••