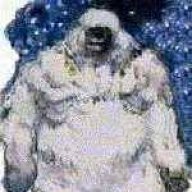 Is it possible to have like in some of the final fantasy series (6, 9, 4..) to have it where you can have player two control a specific character assigned in battle? Is there a script for this by chance?..
Last edited by a moderator: Aug 21, 2013

In default that is not possible - and it wouldn't make any sense because the default is turn-based, and all actors get their commands one after another before everything is executed.

I know of no script that allows for this - mainly because a lot of the custom battle systems are using similiar turn-based mechanics.

There might be cases of real-time battle systems (perhaps those that fight on-map?) which might provide such a function, but I consider that unlikely because RM is targeted at single-player.

But perhaps you've a bit of luck and someone else can link you to such a script...

When did those games feature a 2nd player control? And how did it work?
Last edited by a moderator: Aug 21, 2013

you go to the settings, and configuration. from there you can set certain characters to first or second player. its only on battle screen, not map. my gf and i beat both 9 and 6 on multiplayer.

So basically when an actor comes up, whoever it is assigned to has control over it while the other player just has to wait?

yeah. example: FF6 party consisting of:  Terra, shadow, locke and relm (or realm, whatever.) you can set in that configuration that 2nd play can control them all or 2 for each.

You want a way to allow players to choose who will control what as well?