2000 Troops seem not enough | Possible to Have more Troops? 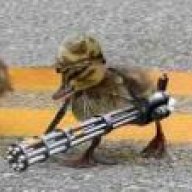 
Im currently working on a pretty big Game with the RPG Maker MV Engine. I looked into the Enemy Database's of several Games, like Final Fantasy, or the Mother Series (Earthbound/Mother 3), and i saw, that they have A LOT of different enemies. I also have a lot of different Areas and Chapters in my Game, and i want varitey, so i'd probably also need 120+ different Enemies. My Problem is the Troop limit.


It seems like the Cap of 2000 Troops could be too low too handle the different Enemies. It's a big Number, but im scared to overshot it and hit the cap in the Middle of the Game, still needing More Troops but not being able to put new ones in the game. So i'm politely asking if there is a solution to this, increasing the Number of Troops you can have in the Engine, or having a pool of Enemies asigned to an Area, and then letting a Plugin create Random Troops of them, with a Max. Number (So, saying, "Enemy 1" can't appear more than twice in a troop randomly generated).

no, it is not too low - how long do you think the players would play it?


If a player gets a fight every five minutes, then that is too much for most people, especially since most fights need several minutes themselves. So realistically, most people playing RPGs (as opposed to battlegames) expect one fight every ten minutes on average. And to learn how to fight a specific troop, it should be fought at least five times.


Five fights per troop, 2000 troops and ten minutes playtime per fight (which is low considering that the fight itself would take up 2-3 Minutes), that makes more than two months of pure playing time (no sleep, no eating unless while playing, no work or school) - do you really think anyone would play such a large game?


And even if the player have the time, you need to write a story that fills up two months of playtime when even professional game studios with two dozens of people have problems filling games with 10 hours of playtime?


But if you really are determined for that, use both the "appear halfway" and "transform enemiy" options in a troop event to randomize its content.

Andar does have a point. I was originally worried about it, due to needing new troops to distinguish between the encounter with 2 rats, 3 rats or 5 rats, but in the end I hit about 500 troops in my game (~20 hour playtime) even after using a different troop for all the different randomized perturbations that I want to use. So I highly doubt you will hit 2000 troops, just call it a hunch.


And, I think someone just came out with a plug-in to let you randomize how many of each enemy appears in a troop, which makes it even less likely to run out of tropps. Don't recall what it is though, so you'll have to search for it if this interests you. Or maybe someone else will remember what it is?

Hello, thanks for the quick supplies. I was actually just worried that it might not be enough because of the Point "bgillisp" made in his answer of having to distinguish the encounters for not fighting the same enemy twice in every battle, but maybe once, and sometimes three times. But the calculation of Playtime actually seemed like it would work out with what there is. (Im planing on a Game with 10 Chapters, having ~60 Minutes of Playtime in each Chapter, including walking, dialogue, and fighting. Maybe i have to decrease if i run out of ideas and dialogue.) Im just confused how you came up with "a fight every 10 Minutes" calculation, because i know no game where this applies. You almost always have about 20-120 Seconds of Walking before encountering the next enemy.


But i get the point of not needing to increase the Limits. Maybe i just shot a bit to big. Sorry ^^


I will look into the mentioned Plugin though, i think, i've actually already seen it somewhere.


Again, thanks for Helping.

The "10 minutes" were an estimate and my opinion. This includes the the time for the battle itself, because if you can't spam-attack, then each battle will last a minimum of one minute for skill selections alone, several minutes if you need to use tactics to win.


But 20 seconds of walking between battles? That can only work if your battles are using spam-attacks to complete, because otherwise you would be more time in the battlescreen than in story. And you'll find that a lot of players hate that much battles, especially if they're useless battles that can be attack-spammed without any danger.

@Andar: Depends. I've played games with auto-dash on where you can do 60 steps or so in very little time. And since most seem to feel an encounter should be about every 60 steps (or less), otherwise the map feels empty and not dangerous, you can get fights that are less then a minute apart and it not feel like too much. Also depends on the battle engine. I seem to recall in Persona4 most battles were < 1 minute if you knew how to exploit the weaknesses, but could be > 5 minutes if you didn't.


@Barreled_Ducky: What I did was I made 2- 3 perturbations for each troop, and randomized them. Between that and an enemy swap script (I'm using ACE, not sure if one exists for MV) it helped keep my troop counts down some. Though I'd say I averaged about 40 troops per chapter + 3 - 4 boss troops (depending on how many boss battles I had) + maybe 1 - 2 optional hard battle troops, over 9 chapters, so with a little planning it can be done. Though, it might have helped that my average chapter had only 2 dungeons that had to be cleared to progress (except the last, which had 5).

Tai_MT
Humans have such a capacity to assign personalities and love to objects. We do this because we love them. It's interesting then that our fears over AI are that they won't love us back and will instead hate us.
Today at 3:03 AM •••

Aslanemperor
I'm actively looking for people who want to recreate classical compositions in the public domain for RPG Maker games. I've got a whole kick going on of looking for several resources from anyone which would be sharable amongst commercial games. This latest pursuit is something I'm surprised no one else has started doing.
Today at 1:44 AM •••