I was currious if someone could help me with making a few damaged (knocked down) character sprites. (You can find several examples in the VXAce RPT)

The first two damaged sprites I am in need of are the 5th actor (Brown hair girl on bottom left), and 8th actor (blue haired girl on the bottom right, if possible, this is the most important one I need).

The last sprite I need is of the 4th actor (Black haired ninja girl on top right).

Thank you to anyone willing to help me out here, I really appreciate it!

Does the artist who made those sprites allow editing? o.o;

Additionally, there's quite a few knocked down poses in the RTP. Do you want the same pose for all three characters?

Yep, edits of the sprites are allowed.

As far as the individual poses goes, I'll just the image below as an example:

Ideally I'd love to have a bit of variety between the characters, since it would look odd if they were all making the same pose. I'm not really picky about which ones in particular are used, although I'd really prefer if you mainly based them off of the first of the three damage sprites. Also if possible, could you not use the ones where they are laying flat on their back, it may just be me, but that variety just looks kind of odd.

In the end though, beggars can't be choosers, so feel free to do what you feel comfortable doing.

Okay, well, I'm still working on someone else' request but in case no one has taken up yours by the time I finish, I'll help you out

By all means take your time, I'm not in too great of a rush.

Sorry for the delay (university is hogging up most of my time these days). Didn't take very long so here you go :

Credits : Jonath4nC (for the blank templates)

If you need anything changed, let me know ^^

Sorry for the late reply. Thanks a bunch for helping me out, they look great! I really appreciate it! 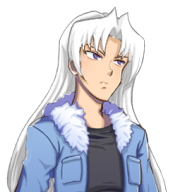 Wait, where did all of the images go?


This thread is 6 years old, the images could have been linked to an old website or were deleted by the poster. If you need something similar please make your own thread.