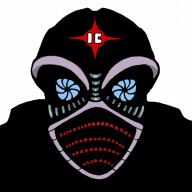 
A girl awakes in a chest on board of a weird train. She has no ticket, but for some reason she has the moon in her hair.
She’s surrounded by strange creatures that call themselves Nightmares.
How did she get here? Who kidnapped her and put the moon in her hair? Can she escape?
And if it's all just a bad dream... Then how to wake up? A girl with THE moon in her hair. Inhaling moon dust can give bad dreams even to Nightmare.


TIME TO BEAT: 30-60 minutes depending on your style of play

ATTENTION GAMERS!
​
There's one major, potentially game-breaking bug. Pressing the ESC key makes the game freeze. It's playable from start to finish, but you just have to remember, DON'T PRESS ESC while playing! Sorry! :/ You can still complete the game regardless.​
OTHER KNOWN ISSUES

There’s a glaring error in the title and some spelling/grammar mistakes. Apologies to everyone especially English natives. I had to change the title from Nightmare Express (apparently there’s some well known franchise which had already used it)

Also I just didn’t have time to name tag the characters and implement the portraits, so often you can’t really tell which character is talking which dialogue line :/
WHAT IT IS AND WHAT IT SHOULD BE (WARNING, LONG READ!)

It's a very rushed effort as it is probably evident by the ESC bug and the nightmarish error in the title. It's my first "serious" attempt at making a game in RPG Maker (even though I dabbled a little in XP, Ace and MV itself before as I own all these engines but nothing ever came out of it) so I was still learning some RPG Maker essentials, got to know what it can do easily and what are its limits. I made it in 3 weeks and originally it was planned as a 9 (NINE) room/map game, with the backstory, proper introduction, wholly different ending and fully fleshed out world. What you have here is roughly 15% of all the planned content that SHOULD be there. Due to some external issues and less-than-perfect time management combined with the lack of RPG Maker knowledge I found myself cutting virtually every corner to make the submission on time, and had no time for beta-testing or proofreading.

But even considering all the flaws and bugs I'm glad I made it. I write it all not only to explain myself but also to encourage everyone who is prone to giving up or abandoning projects (it was always my Achilles' heel and I know it's an issue for way too many creative folks) and sometimes doesn't have the will or drive or whatever it is to make his/hers game and/or pursue your creative dreams, whatever they might be. I was on the verge of quitting my IGMC 2017 game dev affair several times (due to approaching deadline and my inexperience with the engine) but I think it's good to finish projects even if they are flawed like this one, so one can learn on the mistakes (and get better) and has some sense of accomplishment after all.
FOR YOUTUBERS

It’s fine to make videos of my game, under one condition: please don't spoil the last part of the game. You can show the 3rd room/map (the one that is visible on the screenshot no 3) up until you get past the gate (which is a majority of the game anyway), no more. You are of course free to give your impressions, pros, cons, etc (or just fade to black).

The point of this is, I want people to actually play my game themselves, not only watch other people play it. These kind of linear, story-driven adventure games suffer from let's play videos in a way that they are just spoiling everything for the potential players. It's a bit like listening to audiobook - after you hear it, you don't really feel the need to read it. I hope you can understand that. All the best.

Also, mind the ESC bug, I guess you could mention it at the start of your video, it would be a nice warning for people interested in playing. Sadly it's too late to fix it now after the IGMC deadline has passed.
Last but not least: please feel free to drop me a word here and/or in the game’s comments section on itch.io after you have played it. I’m very interested about your impressions and would love to hear some feedback - how did you like the game, what appealed to you and what do you think it lacks and so on. I also more than welcome all those who are willing to point any errors/mistakes whether they are RPG Maker-related, or writing-related (plot holes/character issues/grammar/spelling, everything). It’s probably better if you hide them between spoiler tags because there’s like a ton of them... or a dozen ;D

Title Music
Meet me Tonight in Dreamland
sung by Elizabeth Wheeler and Harry Anthony (released in 1909, currently in public domain)