A Nightmare in Sunnydale [complete, VX] 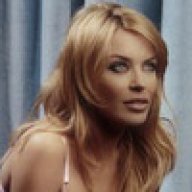 In her original world, Buffy Anne Summers was a vampire slayer, keeping the town of Sunnydale clean of demonic scum. Somehow, she finds herself in the world of Nowhere, with no memory of who she is or what her life was like before waking up here. Accompanying her is Dean Winchester, a demon hunter, and Ash Williams, a demon slave turned demon lord. Like her, they are both from other worlds. As Buffy and company strive to solve the mysteries of the world--and of Buffy herself--they encounter a clique of supernaturals who will stop at nothing to claim this world as their own, and have their target square on Buffy, Buffy has to decide if escape is more important than settling the score with that demon clique, whose scheme will disrupt all of reality. Besides, will the entity controlling this world let Buffy and her new friends escape?

- Semi-customize your characters by designating them to the weapon of your choice. Some characters have up to 30-40 skills learned, while others can have close to a hundred

Once a fierce warrior and feared among demons in her original world, she has lost all memories of her former self and fights to return things to normal. She's mostly a sweet young woman, although prone to sarcasm. She's strong willed, determined and focused, if a little dense at times.

In his original world, he and his brother were powerful demon hunters. Unlike Buffy, he remembers his life on the "other side" and wants to find his brother at all costs. He can easily be mistaken for a mindless brute, but he is actually quite intelligent, possessing adequate knowledge about the occult. He's a loyal ally, if brutally honest, and has a tendency to make inappropriate jokes.

Ash was once an average S-Mart employee until a trip to a cabin changed his life forever. He was sent into a demon realm, where he was a slave until gaining enough strength to become a demon lord himself. He is desperate to return to his kingdom and is willing to do whatever it takes to get there.

Choose to keep him after getting rid of the Vexicon spawn

In her home world, she was an actress who received her big break by starring in the original "A Nightmare on Elm Street." After some strange occurrences that transpired during the taping of the final film in the series, Heather took time off to focus on her family. She was ready to return to cinema when a car accident led her to this nightmarish world. Heather desires to return home, but is she who she says she is?

Born a half-God and half-human, Hercules possess strength well beyond any human who's ever lived. He is noble and wise well beyond his years, and is always focused on the larger picture. In his original world, he protected the helpless of the wickedness that threatened them. However, the lack of helpless citizens to protect in this world has left him feeling a little lost and purposeless...

When entering Lost Highway for the first time, follow Buffy's instincts. Assist Hercules in the battle, and he will join you. Save Xena and you will have the option of recruiting him, or Xena.

Once a powerful and merciless killing machine, Xena saw the error of her ways and began to fight for redemption. Doing so forced Xena to go through many trials and tribulations, but a loyal companion remained by her side through it all, and they eventually became lovers. However, Xena has strangely seemed to regress to her earlier ways. Can she be helped?

First, recruit Hercules. Defeat her at the end of the Lost Highway. Take her back to Rham Jas in Moonshadow and she can be recruited afterward.

A young psychic and exorcist, who once tried to save a young woman from having her soul undeservedly dragged to Hell. Despite his best efforts, he failed the young woman and has never been able to forgive himself for it. Since then, Jas has been longing for the opportunity to redeem himself and perhaps try once more to save the young woman. Is he up for the challenge?

First, you need to complete the Lost Highway quest. After saving Xena, you will have the opportunity to allow him into your party. Keep in mind, you don't need to have Xena or Hercules in your party to recruit him.

As the King of all vampires, his name along strikes fear into the hearts of a man. As a mortal, he was deeply in love with a woman named Elisabeta, and cursed the angels in Heaven when she was taken away from him. He longs to be reunited with her in the afterlife.

A Vengeance Demon who wrecked havoc upon men for over one thousand years at the request of their scorned lovers, whose pain the Vengeance Demons answered to. Anyanka was called to Sunnydale, where she was defeated and forced to live as a human. Because of the dimensional shift, the Anyanka persona split into its own body, and has no intentions of being human again.

When in the Woods, choose to take a rest. Next, complete the Sunnydale dungeon. Successfully defeat Anyanka and choose to keep her pendant. Next, after you complete the Limbo dungeon, go back to the Amethyst Caves to find the Katarzyna stone. Take the stone to Sacrificial Altar, and the choice to recruit her is yours. You have until defeating Bateman in the

Undersea Base to recruit her (for real).

As a boy, the negligence of two lustful camp counselors caused him to drown and he was thought to be dead. He lived off the land, growing stronger as his mind deteriorated. As an adult, he watched the death of his mother, and sought to kill anything that dared step foot in his home. He was later killed, and revived by Krueger for reasons unknown.

Defeat Jason three times, whether in Satellite Tower, or in the Amethyst Caves. Once you have his picture, find his grave, and persuade him not to fight with you. When given a choice, choose, "Oh look, zombie," and always choose the most sympathetic choice thereafter. You will then be given a choice to recruit him. Warning, if you've completed the Sunnydale dungeon, then you'll have to wait until after you've completed Limbo to obtain him. You will NOT be able to get him while 'Dummy Buffy' is on the team.

A popular high school student who, with his best friend and cousin, found a living crystal in a cave underground that gave him psychokinetic powers. His cousin lost control of his powers, and Matt is searching desperately to find him before his cousin makes a mistake he can't correct.

Enter the Magnetic Field with fewer than eight party members.

In her human life, she was a cheerleader at Sunnydale High before moving to Los Angeles to pursue a career in acting. There, she started working for a company called "Angel Investigates," where she was part of a team that protected innocents from supernatural forces. Things took a turn for the worst when she was possessed by a malevolent entity shortly after becoming a higher being. Trying to forcibly change her destiny, she feels guilty for having created this world, but is she really its creator?

She will guest-join for your tip to Limbo. Afterwards, if a slot is available, you will have the option to recruit her for good.