Synopsis​
Join the adventure of a secret agent who wakes up from a 500 Year slumber only to find himself in a fantasy world of swords and magic. He now has to recover his memories whilst keeping a dark foe from the past at bay...

With an ingame achievement system and bestiary (Thanks to CGMZ) and a advanced quest system (Thanks to VisuStella), you can enjoy the latest RPG Maker MZ experience! With 22 sidequests and 13 different dungeons to explore as well as 5 different party members. Play today! 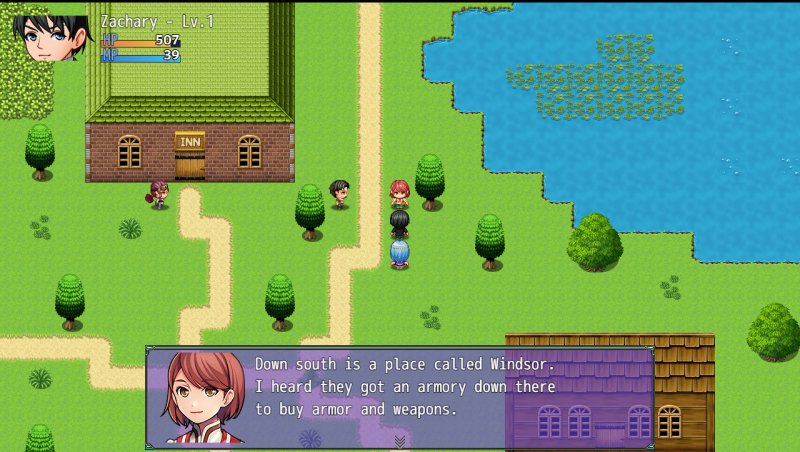 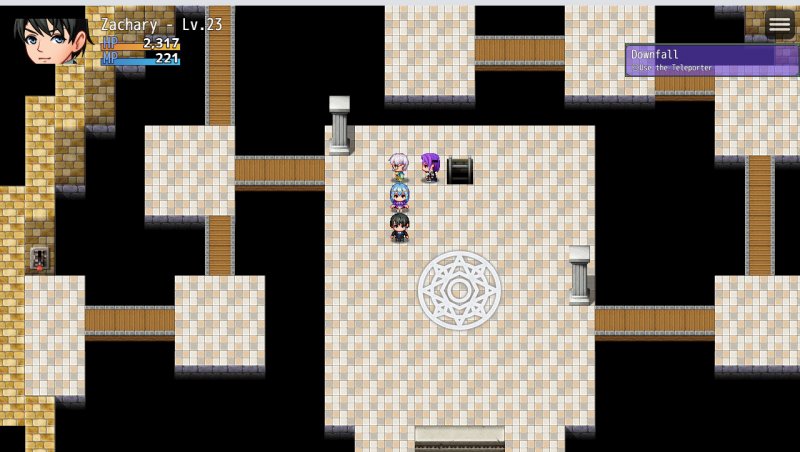 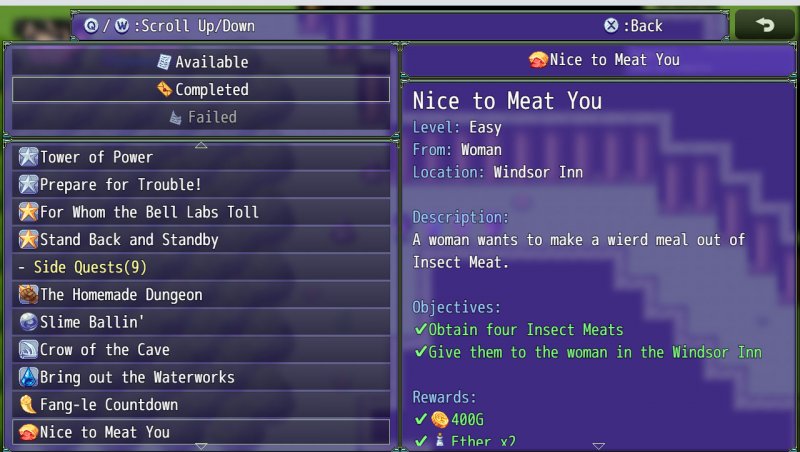 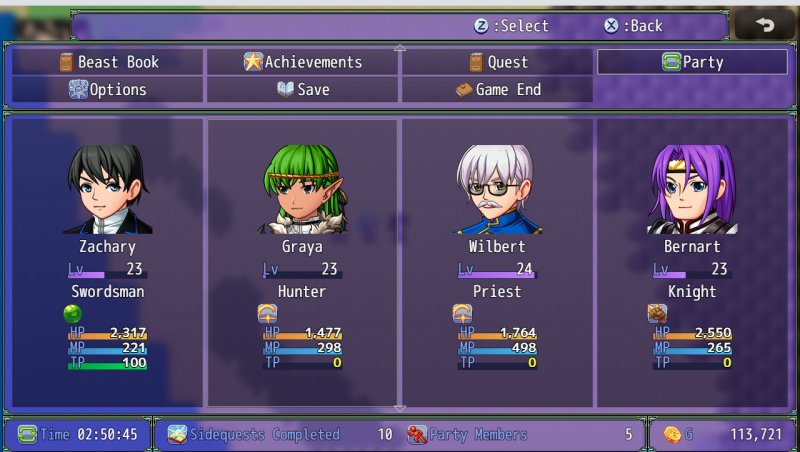 Plugins, graphics, music, and other assets are credited at end of game, but special thanks to VisuStella, and Casper Gaming for making a majority of the really functional noticable plugins as well as those that came with MZ.


Zachary: Zachary is a special agent sent into cold sleep with a special mission to be carried out once a ongoing conflict was over...only to be woken up 500 years into the future in a radically different world than the one he left. He is good with swords and daggers and has average stats.

Leecat: Leecat is a Sorcerer from Hapsburg who helps Zachary and gets the plot moving once its revealed that an Ancient Prophecy foretold that a hero will be awoken from a 500 year slumber to stop an evil foe. She uses staffs and has stats that favor magical attack and defense.

Wilbert: Wilbert is a priest who is interested with technology from the ancient Cia people he is rescued from a dragon attack by Zachary and Leecat. He is good with staffs and claws and has stats that favor magical abilities like Leecat but slightly weaker.

Bernart: Bernart is a knight from Windsor and joins the party once its made obvious that Zachary was hero of the prophecy. He used Axes and has stats that favor Attack and defense.

Graya: Graya is a wood elf who lives in a deep forest outside of Hohenzollern. She give the party a task of defeating Treant as part of a trial to prove their worth to her. She uses Bows and daggers, her stats emphasize on agility and luck.

Archie: Archie is the son of Giovanni XV, the hereditary leader of the Rocket family of Mafiosos in Orange. He joins the player as a suggestion from his father to build character and to help Zachary out (as long as Zachary keeps out of Giovanni XV's business that is). He can double wield claws and daggers and is probably easily the most OP (but if people complain enough, I'll probably nerf him).
Game mechanics: Achieve all the ingame achievements or perhaps complete the bestiary by fighting all sorts of monsters. Maybe you can do all the sidequests. Weekly events happen, So check the town centers and special optional dungeons for helpful people or optional bosses! VisuStella plugins allow for a refined RPG Maker MZ experience!

So some things since I last did anything with this page, several updates have been released bringing the latest version to 1.0.3 bringing with it lots of bug fixes and I'm getting ready for a new content update and I am currently running a poll here (https://gamejolt.com/p/what-would-you-like-in-the-next-update-poll-indie-game-gaming-5cvgfyfs) for what people want to see in the next update. For those who don't have a Gamejolt account (getting one is pretty easy) don't worry I will put up a quick poll on this page for those who want stuff in the next update and I will also try my best to continuously update this thread as I venture out to make the best free-to-play RPG Maker experience that I can.

Please make sure to click on the watch button to follow up on what's been going on in this page.

So I just added Version 1.1.0 on Gamejolt. Its called the "Run and Hydliyde" Update as it features a Hydliyde postgame crossover: here are the details:

Not to bump the thread but...
The game is now also available on Itch.io and you can get it here:
https://sirtophamhakurei.itch.io/a-postmortem-nation

I hope this extra wee bit of news will help out and give it a whirl!

Hi.
I just discovered A Postmortem Nation and am Instantly hyped. 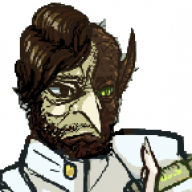 Gotta be honest man, the grammar mistakes in this are REALLY making it hard to get through. I'm having to read things two or three times to get what you're trying to say because you put words in the wrong order or forget words that should be there in order to make it make sense. Did you have someone else do your dialogue or was this just lazy editing?
Also, it would seem that your event order is out of place. I talk to an NPC in the second town you come to and the main character talks about not having anything to do now that he's taken down "Darklord Trump." Not only does this spoil your ending, but it gives out a quest the party is clearly not prepared for. You should try to make sure that events don't pop up to early.
Finally, there are some balance issues. One of the early bosses hits everyone in the party for more than 500 damage each, resulting in a death of one character in spite of her being level 7! Considering the power of everything around that boss, it doesn't make a lot of sense for it to deal that much damage, especially to the character with the highest M.def.
There's more I don't like, but most of that comes down to personal preference rather than things I would say are objectively wrong with the game.
You must log in or register to reply here.
Share:
Facebook Twitter Reddit Pinterest Tumblr WhatsApp Email Share Link

Poryg
I guess I should send my CV to Hasbro. I've made Monopoly cheaters edition more fun and challenging. I've developed custom cheats and chest/chance cards for it. And I've cleared many nightmares through my cards and rules.
20 minutes ago •••

Red's design is finally finished (his hair is blue on purpose, it's a joke!). Out of all of the compulsory party members, he spends the most time with you. Just like the character he's based on, he presents himself as a simple person who only wants to help others, but there's obviously more to him than meets the eye.
Yesterday at 2:27 PM •••