Accessing/changing variable in a module 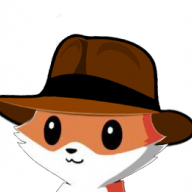 Hey there.
For my game I wanted to have text sounds when the characters are displayed. For that purpose I use a script from Zerbu (https://www.rpgmakercentral.com/topic/607-text-sound-effect-updated/) because I'm fairly new to Ruby. It works perfectly but now I want to change the text sound via an in-game event. I hope it's okay if I post a fraction of the code here for reference:

Code:
So I tried several things:
I also bumped into classes with self.method stuff but I was kinda lost there. So maybe somebody could help me out here =)
Last edited: Sep 28, 2019

@HimmDawg I think this is best in Script Support as you want help to adapt a script to your needs. Please edit your post to include a link to the web page where you got the script so that if people need to check something before offering a suggestion they won't have to go hunting around the internet.

There are two approaches.

The first approach is to change the parameter. You can not change the value of the constant, but you can change its attribute.
For example, you can use this script call

Code:
You don't have to edit the script to make it works, just script call.
However, it will not be saved, means if you restart the game, your change will also reset.

The second approach is to edit the script to include it in a save content. Add this at the bottom of the script or a new script slot.

Code:
Then change line 41 which is

Code:
You can also change the attribute the same way

TurquoiseDragoon
So the overhaul on my project has been going great, I like this version of the project a lot more. It's more contained and less overly ambitious for what I can achieve given my constraints on time, money, and skills in advanced programming. I'm going to wait till my project is mostly finished to begin working UI polish again. I'm going to learn how to use LUNA MV to polish the project.
23 minutes ago •••

RavenBlueIndigo
Stream will be live shortly with The Witcher 3! Feel free to drop by!
Today at 9:44 AM •••