If you're using the old version re-visit the link below and download the updated version. Follow the instructions in the 1.0c changelog if you have save games from version 1.0b.


Fixed a bug introduced with 1.0b. D'oh!
Updated switches to use symbols instead of strings.


Removed a bunch of redundant code.


If you have any existing saves from 1.0b then you need to run the following in a script call then re-save your game before using the script:


Circumvented bug that would prevent intended use with saved games.
Added feature to enable/disable teleport system at will.


Upgraded self-switches, they will now accept any value instead of just true/false.
Easy Teleport is a script designed to add a teleport system into your game with minimal configuration of the teleport list or it's handling. It primarily consists of a module and three overwritten methods in Game_ChoiceList. Two destination lists, one that's sorted and one that adds locations first come first served. Destinations are added via events triggering a script call. The unsorted list can operate with zero arguments for a fairly painless game integration while the sorted list requires a number argument for sorting priority at minimum. Destinations are added with the current map's display name at the player's current map and location unless that behavior is overridden with additional arguments within the script call. Instructions are in the script.


Things to look out for: Make sure you set a display name for a map OR manually designate the teleport name in your script call. Otherwise you're going to have a blank teleport entry.


Feel free to request any additional functional or convenience features!


I attached a screenshot with an example of what you might expect to see when teleporting if you use the script. Of course, I expect you would have far more original names for your locations! 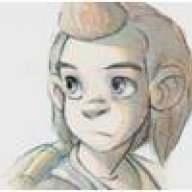 It is always nice to add terms of use and if credit is needed, give also info on how you wanna be credited, for example:

Credit is optional and that can be used in any type of RM project free of charge. If I do get credited then credit my forum username. Those are my default terms and apply to anything I post unless otherwise stated. I'm not allergic to money though, so if anyone ever decides they want to throw some cash at me they can always PM me to set it up.

Edit: Glad you like the idea, though. I realize there's another teleport script but... I figure if this one's good enough it can potentially save dozens of hours of time checking, re-checking and constantly messing with a fully manual list. It's really easy to drag events around a map if you change your mind about where to put it, too. Productivity! Woo!
Last edited by a moderator: Jan 5, 2015

Balrogic said:
I'm not allergic to money
Click to expand...

That made me laugh. 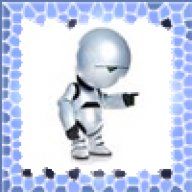 I just tried your script and found that whenever the player interacted with the teleporter event and pressed ESC, an error occured.

It said that: Script 'Easy Teleport' line 86: RangeError occured. bignum too big to convert into 'long'

VampItUp
Finished with the semester; finally have some time to play around with MV
47 minutes ago •••

BoredDudesGames
Started work on the fishing Mini-Game
Today at 8:00 PM •••

There are 2 versions. One only affects combat, cutscene, and portraits. The other one changes more.
So, technically, the game now has 7 versions on steam.
Today at 7:43 PM •••