The tutorial provided with the script states the following: 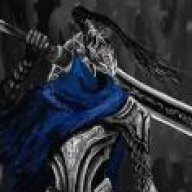 How did you try to accomplish that? It should be quite simple with elsif:

EatYourBeetS said:
How did you try to accomplish that? It should be quite simple with elsif:

Storyteller-Hero
Big Google Warning Today for chrome users - apparently some kind of security threat has happened and everyone is being advised to update their Chrome browser ASAP by going to settings and/or "About Google Chrome", to update their browser version to a new one just released.
17 minutes ago •••