I've been having a huge issue with Mog's Schala battle system. Every time I try to use a spell beside the original 81 (and some of the originals, as well) from the demo, the game crashes on me and gives me this error:

I have no idea how to fix it, and it's pretty much brought development to a halt. I also tried importing the same skills and scripts from my game to the original demo, and it worked, but when I tried to do it vice-versa, it gave me the crash again.

For those of you not in the know, Schala requires you to not only set skills in the database, but also their notetags, and an event (whose number has to match the one in the database) on a special TOOL map. These are all correctly made, and worked in the original demo, but makes the game crash in the actual project.

If you need any more info or the project file itself, I'm happy to give it to you. It's nearly 12am, and I've been up all day trying to fix this. Thanks to any and all who can help me with this!

A link would be helpful.


Are you playing this from a new game or a saved game? If a saved game, have you changed anything on the skills tab since saving?

I've played from both, and both times it still doesn't work. 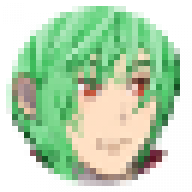 Doinathing
The second draft of my script is almost done, and I don't think I'm going to write a third draft. I'll make changes to dialogue here and there, but I'm happy with the series of events the way they are.
27 minutes ago •••