Activating a distant event does not work: Bug or feature? 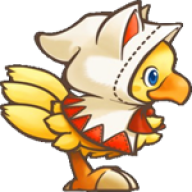 
Since I haven't been around for the last few months and recently started tinkering with the RMMV again, I ran into an issue which I'm not sure of if it is a bug or intended behavior.


When I create a big map and put an event to the right that should run to the left after a switch is activated, it does not start running; it only does after I walk a few steps to the right. I think, a picture will make this a lot clearer:

If I put the right event more to the left, it moves as wished. The expected behavior is working in RMVX. Btw, I am running RMMV 1.2.0 here.


I guess this may be some sort of anti-lag optimization.


Is there a way around this without having to mess with the core scripts? And it is a bug or the way it should be?


PS: If this issue was/is already adressed, please tell me so; I did not find a matching existing topic.
Last edited by a moderator: Jun 7, 2016

Normaly the Autonomous Moveroute of Events more than 1 or 2 Tiles outside of the visible Screen will Stop Walking around.


Here is the Solution:


In your Switch Event use the Eventcommand Set Moveroute, and choose the Enemy/NPC not the Switch as target.


If an Event gives a Moveroute to another Event, that Event will continue to run around even if outside of the visible Screen.

@Bex: Thank you for the info!  I just tested it -- and it works. But to be honest, this is a real pain: when you want to simulate something like needing to evade bullets, you would have to set a move route on all of these events. Since I found that quite troublesome, I created a small script that changes this behavior and makes it toggleable via plugin commands, cause it's probably not a good idea to have it turned on always as it could introduce lag on bigger maps with many events.


So, with regards to future people having the same problem as me, here's how it works:


The attached script just needs to be placed into the "js/plugins" folder and then switched on via the F10 menu.

@Chocobo: both - it's both a bug and a feature.


The problem is that always keeping all events fully active will result in lag on larger maps with many events. Disabling autonomous event movement is one of the ways to try to reduce the processing load and as such it is a good feature. The bug is that the engine does this without knowing which events should be stopped and which not.


Under Ace, the problem was more extreme in both directions, which is why there were several anti-lag scripts with advanced options - to my knowledge none of them has been converted to MV yet.


What is really needed (especially if considering deployment to mobile) is not a way to enable or disable that for all events, but a way that lets the developer specifically select which events should always be executed no matter where they are - because that will still allow the engine to reduce lag by disabling the regular moving events that don't need to conform to the story.

@Andar: Yeah, I thought so. I saw some of those behaviors during XP and VX times, too


You are right as it may not be viable to turn on/off this behavior for all or none events exclusively. Thus, I updated my little script so that it can be specified which events should use the "move always" behavior. Please refer to my last post. While this may be no perfect and everlasting solution, it should provide for an improvement of the situation until someone writes an elaborate "anti-lag script" of some sorts.
You must log in or register to reply here.
Share:
Facebook Twitter Reddit Pinterest Tumblr WhatsApp Email Share Link

zerobeat032
hmm one of those days where there's a lot to work on with my game... annnnnd I have no idea what I wanna do. most of it tho, involves drawing lol. either enemies or NPCs.
55 minutes ago •••

CleanWater
I think I developed a stalker trauma (stalkerfobia?) because of my previous work publishing games on Steam.
Today at 2:07 AM •••

JohnDoeNews
Psychronics Games is doing a livestream about my game in a bit... And I will do a video about his game after that.
Watch their stream with us on youtube!