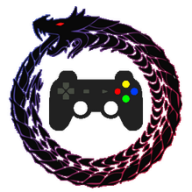 ​
The Glamor'e believe that nothing is worth doing if it is not beautiful. Their desire to be beautiful and unique have driven them to tattoo moving colors to their own skin. Because beauty is subjective the most powerful members of their species are those who are universally liked by others in their society. Beauty is Royalty is the mantra of the higher echelons of Glamor'e society.

​
The Voyney Are obsessed with progress. Long ago they had shed their biological bodies for ones of silicone. They believe that the purpose of sophant life is to become better then they were. This extends past just upgrading their bodies though. Psychology, society, morality, anything that can be improved upon shall be improved. They will upgrade and fix things even if it doesnt need it to the point that their buildings never seemed finished. They do not believe force is the best way to actualize as they nearly wiped themselves out in that matter. Convince with Kindness in the mantra of the Voyney and gifts are their weapons.

​
The Utget are functional and efficient. If it works, it works. A meritocracy, they believe whatever works the best is the best. On the other hand if it isn't broken it doesn't need fixed.

​
The Strival work. If you don't have to work towards something it isn't worth anything. Everything revolves around this philosophy. Working together to make something greater is their one goal and everyone has a job. Everything they own they make themselves. Knowledge is the one thing freely shared among the Strival for how can you work if you don't know how? Their leaders are those who work for the people and work the hardest to support them over themselves.

​
The Deciduous are people of nature. Their goal as a species is to evolve forward into the perfect life form. As ambulatory trees they spend the first part of their lives roaming whatever planet they are on in an effort to find the perfect genetic material to add to their own. As they grow older they grow roots and stiffen into sophant trees with the distinct ability that if new genetic material is introduced into their park they can grow seedpods with new animals inside that they then release into nature. This species is the most at odds with all others as their creations to find the perfect being has released many new super predators into the world and are a constant threat to everyone including themselves. To the deciduous though this is just part of life. the ends justify the means. They are ruled by a conclave of the oldest tree's in their community.

​
The Recease are relatively new to the galactic stage, but their actualization of ease and relaxation has lead to them growing the fastest among the societies. They worship those among them that find work relaxing and it is only thanks to that small part of their population that they have made it off their world. They are one of the few telekentic species as well as one of the few aquatic ones. While you think this would prevent them from doing anything they they will do alot for fun and enjoyment. Many people have confused them for a hedonistic society but in all honesty hedonism too much work. They will live simple lives or opulant lives whatever comes easiest to them.
Sample Towns


This is a Work in progress and more will be added as the game grows.

Storyteller-Hero
Apparently MZ lets you preview move routes in the move route editor without having to start up test game. That could save a lot of time during development compared to MV, especially for a long game that uses a lot of event movement for cutscenes.
48 minutes ago •••