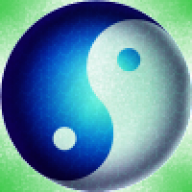 So I've been kicking around the idea of doing a legend of the dragoon de-make in rpgmaker, mostly just to entertain myself. Now, you don't need to have to play the game to get this, but just know the main crux of the combat is that like paper mario, characters deal more damage with timed button pressed in a sequence depending on which "Addition", or attack combo, they have equipped. Now additions all have different damage scaling based on how far into the combo you make it before failure (ideally you just want to complete it every time) and gain different rates of SP gain, which fuel the game's transformation mechanic.

Now, I've no delusions of trying to hard code in a system like that, but I do have an Idea suitable to a demake, just no idea how to go about it or how to properly scale it. I was thinking you could have slot-able abilities that change your basic attack's damage and TP gain, and you'd learn them as you level up.

The other problem is that each addition gets stronger and gains more SP through usage, and I have no idea where to even start for that. I was wondering if I should just scrap the ability leveling idea or try to find a way to implement it. I'm also wondering if anyone has a better idea of how to go about translating a system like that into a more rigid turn based rpg.

As a new member you may not be aware that 'Game Mechanics Design' is not for feedback on individual specific projects, though you can use your project as an example to help the discussion along. If you're wanting feedback only on your game, then I can merge this with Features Feedback. If, on the other hand, you are okay with things ranging more widely than just what would fit your particular game, then I can leave it here. Please post and let me know.

I was more looking to start a discussion about adapting mechanics to other systems like with a de-make. I'm not actually working on this outside my head, and I should have clarified that better as well as phrased my ending sentence to be more broad. The topic title should probobly be changed to better reflect that as well, sorry for the confusion. 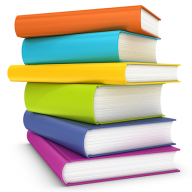 Shadow Hearts had a version of this input-dependent combat, where each turn after you selected an action, a wheel with results on it and a spinning needle appeared. The needle stopped when the player presses the input button, and where it stops on the wheel modifies the action. So like you would have a broad section of the wheel being "success" if the needle stopped on it, and then some sections being "miss," and then very small sections of the wheel being bonuses. So the player could aim for where they wanted to go the needle to go.

I'm not an eventing expert, but you could probably implement something like that in RPG Maker, maybe even without needing a plugin.

I think in cases like this, what's important is to capture the feel of what you're going for. In this case, did the combo mechanic make you feel skilled (because you timed everything right)? Or maybe it felt tense (because you knew you had only a certain window in which to act)? The goal would be to find something that makes the player feel the same as the original mechanic.

That wheel mechanic from Shadow Hearts sounds pretty cool though, a neat implementation of an old concept.

BadMinotaur said:
I think in cases like this, what's important is to capture the feel of what you're going for. In this case, did the combo mechanic make you feel skilled (because you timed everything right)? Or maybe it felt tense (because you knew you had only a certain window in which to act)? The goal would be to find something that makes the player feel the same as the original mechanic.

That wheel mechanic from Shadow Hearts sounds pretty cool though, a neat implementation of an old concept.
Click to expand...

That's actually a really good point. It would only be token to incude the mechanic if it doesn't serve the same purpose. For me at least playing the game it was a mix. late game, it was rewarding to pull off the infamous "perky step" every time, but early game there's a boss that straight up punishes you for failing to finish you additions by getting free attacks.

It reminds me of paper mario the thousand year door's similar mechanic of guarding with the A button to reduce incoming damage, or press the b button in a much narrower window to cancel all damage.
You must log in or register to reply here.
Share:
Facebook Twitter Reddit Pinterest Tumblr WhatsApp Email Link