Add counter on the screen? 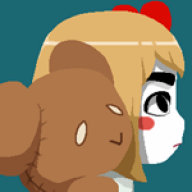 I have a shooting duck mini game where you shoot different ducks for different points (adding onto a "duck" variable), and I want to show a counter on the screen. Is there a way to do this?

you will need a script

Should I make a thread in the script forum? Or can this be moved there?

just report it and ask a mod to move it.

How do I do that?

I've moved this thread to RGSS3 Script Requests. Please be sure to post your threads in the correct forum next time. Thank you.
Last edited by a moderator: Jul 26, 2016

you should look for a so-called HUD script on the master script list.


HUD is a general description of adding data displays to the screen, and most of the HUD-scripts will add a lot more than you want, but there should be some that can be configured to add only a few variables on the screen.

There are one or two scripts that allow you to show the value of any given variable. Or, depending on exactly how many ducks there are going to be, you can use pictures. 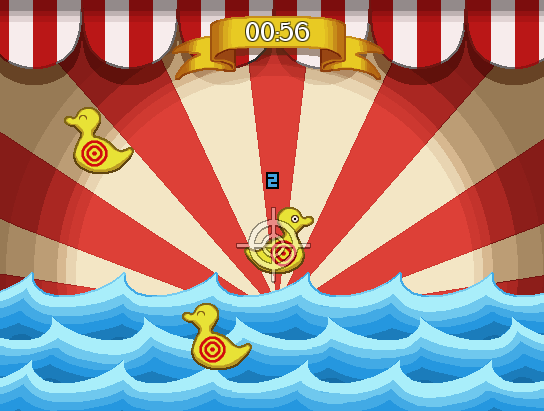 Top duck scores 1 point, middle 2 points, and bottom 3 points. And I want a counter to appear in the corner showing the score. I was just looking at HUD scripts, and something that would display gold or an item could work because I'd just replace adding onto the variable with adding currency or an item each time. But, the only one I could find for gold requires a core script that could mess with the other scripts that I already have.
Last edited by a moderator: Aug 6, 2016

One: cool minigame! Two, I think you can use show picture for that.


1. Split the variable into digits. The way to do that is by using multiple variable commands. Variable 1 is the hundreds place. Do the original variable / 100.


3. Make a series of conditional branches for each variable, example: if variable (such and such) is equal to 1, show picture 1, "1"

The Stranger
I apparently need to send photo ID to Blizzard to change my phone number. I don't even need to do this to change my number with my bank or PayPal
Yesterday at 9:15 PM •••