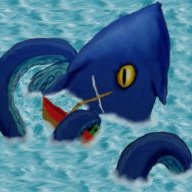 Hello, I am looking to expand the following plugin: https://atelierrgss.wordpress.com/rmv-theatrhythm/
into what I feel is a "complete" battle system. I have many ideas to it, however I am going to do these one at a time. While I have a potentially complicated goal listed over in the full plugin requests board. I am looking for help in what, I think, is a smaller addition.

In the base plugin, with how it is written, it currently only creates a single enemy in the scene. I am looking for, right now, the ability to add additional enemies. I assumed this would utilize the $dataTroops rather than $dataEnemies, however that will still only allow me to add a single enemy from the troops due to how it is written. Unfortunately, as I have mentioned before, my coding skill is... minimalist. As such, I can-not tell precisely, how, I would get the script to expand to show more than one enemy.