Adding more Script Calls and Plugin Commands in the Database.

I personally believe, unless there is a good reason otherwise, everything should have an ability for script calls and checks, as well Plugin Command calls. Currently, there are several places that these could be added, seemingly pretty easily.

After items and skills are used, there should be the ability to call Scripts and Plugin Commands in the Effects box. Enemy action patterns should have a script check, so that they could use a skill based on any potential script eval, and not just on the default event styled evals.

I'd also be glad if there were script checks on event and troop pages, but there's a separate topic for that here already so I'll avoid talking on that.


Why is this feature good?

Also, it really helps in regards to plugins. For example, if a plugin changes is so that there is HP, MP, TP, and a new stat SP, there will be no default event ways to check for SP. Events can't check for nor modify it, enemies can't search for it. However, the plugin creator could just make a script function called, like, a.checkSP(), and all of a sudden, enemies can now use skills based on their SP. This is just a simple example.
For more complex, many people use new Combat Systems, like FFX's ctb, where a lot of the default turn checking doesn't work for enemies. Now, with this, the plugin maker can simply give some script calls. Use a skill, it runs a Plugin Command that makes the combat tick backwards. Enemies can use skills only if they're this much slower than a party member. Sky's the limit here!

Some of this, though not all, can already be done with careful use of common events, troop events, ect. But this greatly, greatly simplifies and streamlines it all, while fitting neatly into RPG Maker MV's menus.

Possible issues with this feature?

Maybe it'll make a few things look a little less user friendly? I doubt that'd matter much, as non-script users never would have to use these, but it is something I've thought about.

Some of this is possible via plugins (like Yanfly's various Cores which expand functionality), so I can see how including script calls in things like skills would be useful. I don't know if issues would arise if someone put in multiple in a single DB item or if the order of when the call was made would become important, but the functionality would be interesting.

You could run script calls and plugin commands via common events that you run via the item/skill effect box, or call those codes directly using the damage formula (so that you don't need to make a common event for it).

My Current working around for this complete lack of feature would be liberated by this. This is why note tags are "great" workarounds but these take the cake.

For Skills/ Items i don't bother with the common event because you need to use some hacky way to get the refrenced item and apply it.
I used note tags referencing functions to add these special effects in this case.

For Enemy AI , i don't use the RPGmakers way at all, i use a separate script and reference it with the note tag. it get dynamically loaded per enemy which kinda sucks. I keep them seperate because i don't like the idea of loading each and every enemies AI code. ( 8 < 2000)

Both of these methods are pretty ludicrous and this feature would solve that. 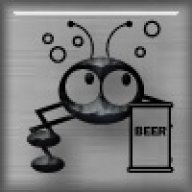 I agree, this should be integrated as a part of the core engine. 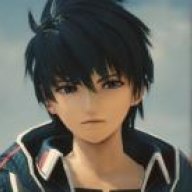 Don't know why I didn't thought of it earlier it is a very cool addition!

HexMozart88
Gotta love when RM just decides it's done with existence and closes when you're in an event.
30 minutes ago •••