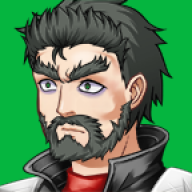 Greetings one and all,

I am at the stage in demo development whereby skills are becoming relevant and I am rubbish at scripting etc.
I have 3 problems:

#1:
In using YEP_SkillLearnSystem and YEP_ClassChangeCore:
I wish to make a character learn a skill when equipping this particular class, but when another character equips this class, the same skill is not applicable because they do not know the Skill Type required by the skill; therefore I need a note tag or something that reads:

Or something along the lines of.

#2:
In using YEP_SkillLearnSystem and YEP_EquipBattleSkills:
When skills are learned by a character they can be equipped to slots on the character, but unlike when you remove the _EquipBattleSkills plugin, in battle it completely removes "Skill Type" battle commands
Normally: With Plugin:
Attack Attack
Fire Skills
Special Item
Skill Run
Item
Run

Now I understand that is because of the way the equipping skills is handled that it says;
These are the equipped skills and they are displayed in battle under the "Skills" command. Which is a feature of the plugin; is there a way to add a new parameter to account for this:
Condense Skill Types: true/false
- or as an individual note tag -
<Condense into Skills: false>
The second option being more versatile as you can choose which skill are placed into that.

#3:
In using YEP_SkillLearnSystem:
A similar fix has already been made to this plugin but I would like an added feature:
When skill x is learned, skill y is replaced which reads like this in note tags:
Fire1
<Hide if Learned Skill: 42> (42 being Fire2)

Which in terms of the way the YEP_EquipBattleSkills works; from the learn skills list, I can see its been learned but when I go to equip the skills, this skill has been hidden and it cannot be equipped like this:

That is the addition and works exactly as intended; great job Yanfly.

I would like a way to add in skill development whereby:

Which means if I were to learn skill Fire B1, Fire A1 and Fire C1 would disappear from the learn list and I could then develop Fire B1 to Fire B2.
As it stands now, if I were to do this and I learned Fire B1, I could still learn Fire A1 and Fire C1 and the tags would cause all 3 to be hidden.
I wish to straight up remove the options of A1 and C1 from the learn list so that my players do not accidentally purchase a different skill.


With that being said; huge shout out to Yanfly and crew for making these epic FREE plugins.


Thanks to any and all help;
Regards,
Kyle.

#3. I'm assuming you want the skill hidden if the actor has learned the skill, but only in the skill learn menu. If that's the case then use this:
For this example let's say the skill is Fire 2 and Fire 1 has id 42
<Learn Show Eval>
var skillId = 42;
if(user.skills().contains($dataSkills[skillId])){
value = false;
}else {
value = true;
}
</Learn Show Eval>
The notetag above is from the lunatic notetags from YEP_SkillLearnSystem. Basically the code says that if the users has skill 42 than hide the skill from the skill learn system menu

#2 If i understand this correctly you have skills that you don't equip and still need to see them in battle. Then try this plugin, it shows allowed skill tiers.
If that doesn't work you can always use himeworks actor commands. I've edit it to take in account YEP_EquipBattle skils but as to quote my comment
"The only real bug is if you have as skill that can be equip and you add the skill type to their battle list then it’s accessible through both the equip skills and battle commands"

As the help file says
"This makes the skill equippable only for actors with the specific skill type. Actors without access to the skill type cannot equip it."

Thanks for your reply Zarsla; I'll give it all a go and let you know what works!

I thought after the fact that there was probably a lunatic eval that could fix all my problems but I don't under stand evals very well; I tried and failed miserably because I have no idea as to what counts as an eval; hahah.

First of all; thanks a whole bunch Zarsla; special thanks credits addition!

#3 SOLVED in the end
Alright, after some messing around and going off what I can understand of what you had done; I adjusted the eval:
It worked perfectly as I had wanted aside from one issue: the second stage became always visible without needing to purchase the lower tier first
SO here is what I figured out just by looking at what you showed (if this is something you wish to accomplish as well, I have included my note tags in the spoilers below):

#2 SOLVED with a work around
Okay, so the addition of your edited HIMEWORKS script did two things just by turning it on;
-1: It gave me back the original skill type commands in battle and only displays the equipped skills in those commands
-2: It made the EquipBattleSKills "Skill" battle command add on the the end of the battle commands list in battle; which disaplys all the equipped skills:
Attack
Abilities
Pyro
Item
Skill
So I could always use the plugin to create my own commands to fix this for each class and actor depending on how I want them to read which works because it does overwrite all the command slots if I use the plugin but I will have to see how that works with YEP_WeaponUnleash which replaces the attack command with a skill depending on the weapon equipped.
But otherwise: Problem #2 SOLVED.

#1 IN PROGRESS
You can see that I did include the note tag <Access Only Equippable> which does make it only equippable to any class or actor with access to the Pyro skill type. But I can still learn the skill if the character does not have access through class feature or actor feature.
Such as an actor being element locked to Lightning; still able to learn Fire type skills but they are unequippable resulting in wasted job points because the player assumed "It's there I must be able to use it".
I would like a way to completely remove the option which means I probably need another eval that assesses the skill type of the user and returns the value as false looking something like this I would guess; but not this because it is wrong hahaha.

Regards and thanks,
Kyle

On #2,
Please note that you change the comnands based on class, ie the command notetags can be placed in class noteboxes.
Also you can use Extension plugin Use Skill where skills can be turned into commands. If you use Advanced Notetags you can make skills only show up when certain weapons or weapon types are equipped.

This checks if the user has skill type skillTypeId, which in this case is 6. if they do then it's true, else it's false.


This checks if the user does not have skill type skillTypeId, which in this case is 6. if they do then it's false, thus if they do it's true.

Let me know how this turns out.

#1 SOLVED
GAH! I was sooo close hahaha; thank you, your first version works perfectly. The second version would be perfect for other classes that multiple characters can use but others cannot. Which would simplify it; but for my purposes, the first version fits perfectly. And with the way I have it set up; I only need to place that eval in the notetag for the base skills because of your previous evals, the others are all determined by learning the first skill.

#2 DOUBLE SOLVED
Yeah, I understood that from the plugin help file.


Thank you a bunch for all your help Zarsla!
Regards,
Kyle!