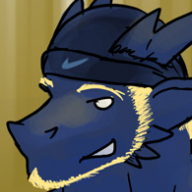 Hey everyone! I'd like to request help in either doing or finding a plugin that would allow me to do something such as manually selecting targets and skills ID when making up the enemy's AI.

Right now, the best I've got is Yanfly's Battle AI Core, but it sadly isn't what I'm looking for.
I've created, on my own, and with the help of a few plugins, a grid-like battle system.

Here's a little demo in a video:

Essentially, each grid is an enemy. Using Yanfly's Selection & Target plugins, I made it so that you can only target them within specific range, and with a bit of messing around, it hits enemies that are standing over them.

My issue right now, they're not having any intelligent AI for where to target. (At the end of the video, the enemy targets an actor, which isn't what they're supposed to do)

Basically, what I'd like is to be able to go in an enemy's notetag and do something like this:

This is just an example of something I'd like to do.