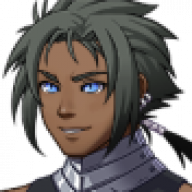 Hello Everyone, My name is Sai, I am A Japanese RPG developer and have been working On a Underground project for about a year now. With the assistance of my friend Cyberdevil from new grounds beta testing, It is in its final stages of development And is a free to play MMO JRPG turn based called "Altered Ancient Gears II". This project is releasing the week of the 28th of December. and for the first 50 players, They will exclusive access to DLC content "also free" . If you are interested in adding this game to your catalogue, please send your email to Sai.wai.elements@gmail.com. A download link will be available next week but you must contact me to receive access to the DLCs . Below is information Regarding the game. I am looking forward to sharing this with you all.

[IMG alt="iu_212299_8213343.jpg"]https://blogimg.ngfiles.com/212000/iu_212299_8213343.jpg[/IMG]
[IMG alt="iu_212300_8213343.jpg"]https://blogimg.ngfiles.com/212000/iu_212300_8213343.jpg[/IMG]​
STORY
Many Years Ago There Existed 4 Nations that acted as individual Empires. " Lias" known as the immovable army, "Vinnas" Known as the Monarch of Salvation, "Ruketh" Known as the force of discovery, and "Corinth" The bringer of Knowledge. These kingdoms, Forever at war, Pillaged, Destroyed, and consumed One Another in an never ending cycle. The Father in Heaven "The Creator of all things'' Sought out his people, And chose 3 orphans children to receive divine powers from out of the 4 regions as his elect ones to spread his word and teach man the error of their wrong doings. But two orphans succumbed to the sins of the world and perished. The third wandering the world aimlessly with no hope. But Now there is a fourth on the horizon who is going through great trial and tribulation. Will you earn Salvation? The story is About a boy Named Mobius, Who loses both of his parents and is sold to a slave farm far from his homeland. Mobius Discovers while on the farm that many children sent before him were tortured and Killed. He set his eyes on an escape plan and Rebels against the governor of the farm. During the face off, the governor discovers that Mobius has an untapped potential of Spirit energy. Mobius is then sold to the Elite Guard military, where high level experiments are done on him, and his memory wiped. He then becomes a pawn of the state, and moves up to First class in his rank until he meets a Military General named Sia, who later reveals to him the secrets about who he really is.


The Most expansive world map in an turned based rpg! 4 different world maps with towns, cities, caves , places and people to explore. You will never run out of things to do!


Hunting Feature- You can now Hunt wild animals on world map for animal coat to sell to shops. Be careful, some animals may respond aggressively and attract stronger monsters to help defend themselves.


Side Quests - More side quests will be added to all towns and cities.


Home Building Feature- You can Now purchase a home off grid and access it through the world map Called the grand shrine. Special item is required as well as character level and military rank in order to purchase home.

Bed to rest and recover hp/SE

Movie Gallery: learn about the history and lore, you get to see the gameplay and story of the first game Ancient gears altered time. (must have social score and military rank at certain level to access)

Social Score is a level system you acquire by interacting with citizens of valgardia. Whether its completing quest or just having a convo. In order to access special features in the game and progress the storyline . Your social Link with people must be high.

After clearing the transit prison, you will have access to the time gear, which allows you to change characters at any moment in the game even during Mid battle!

You can access the following DLC's, Shinzu god of the dead, Final Fantasy 15 DLC, Iron Blooded Orphans DLC. Recommended levels to beat DLC is 75+. Test your strength against Mikazuki Angus from IBO, Akuma from Streetfighter, and Noctis from FF15 in three separate story battle arcs! I will send you a separate email

showing you where each of the DLC keys are hidden. 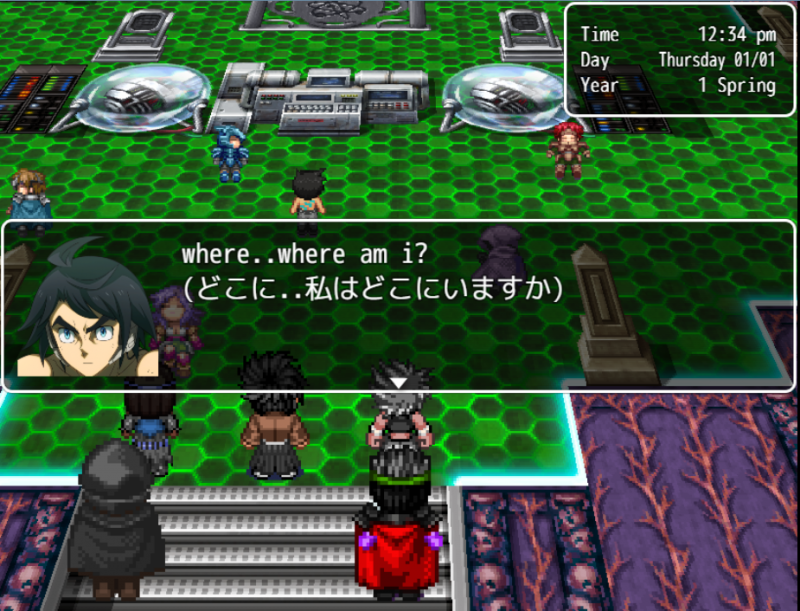 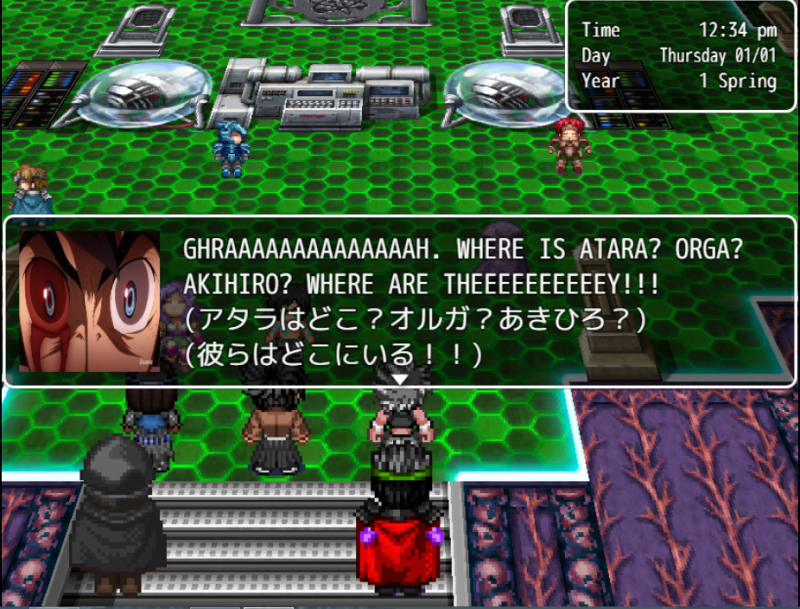 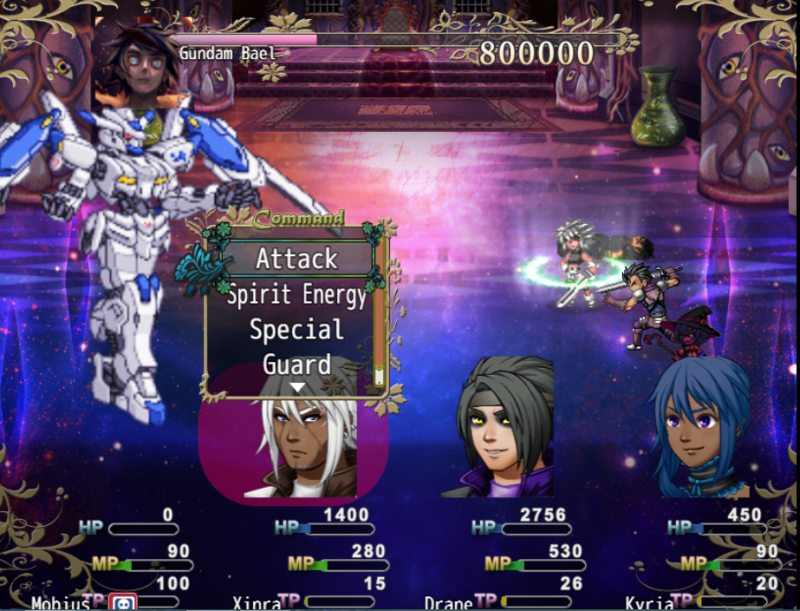 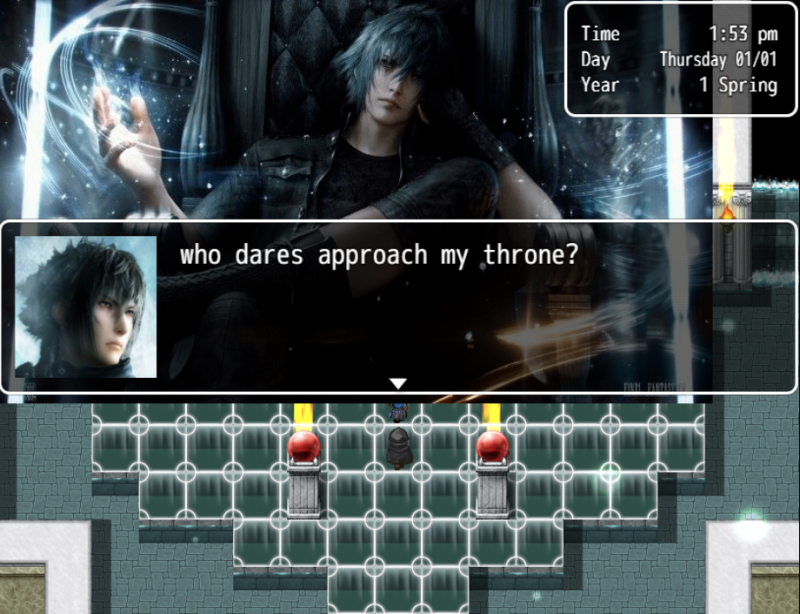 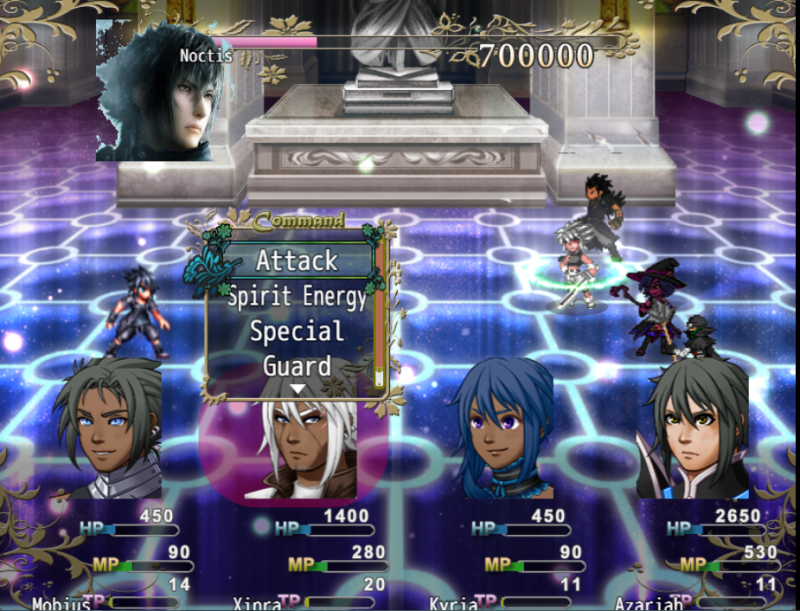 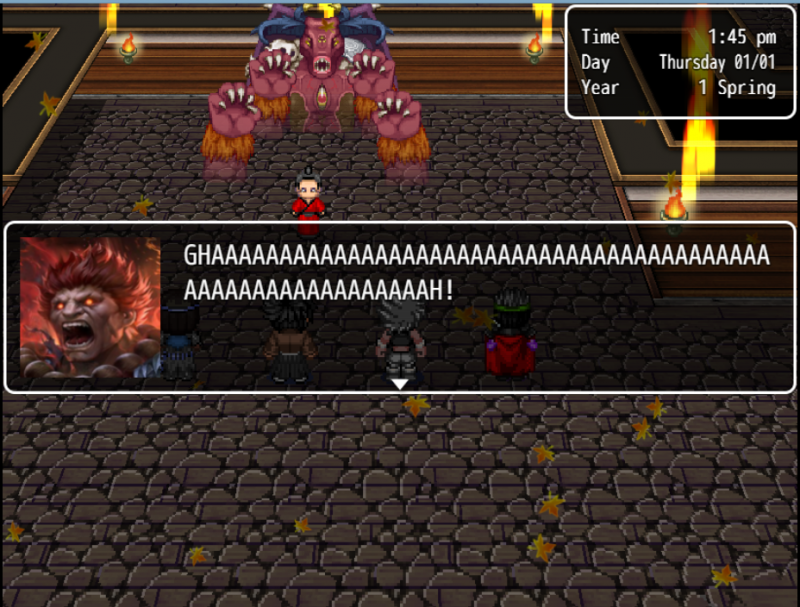 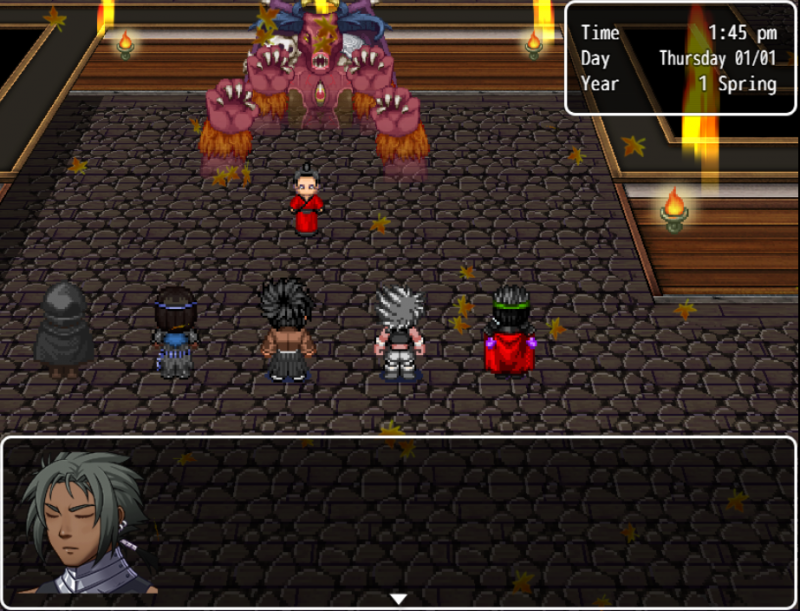 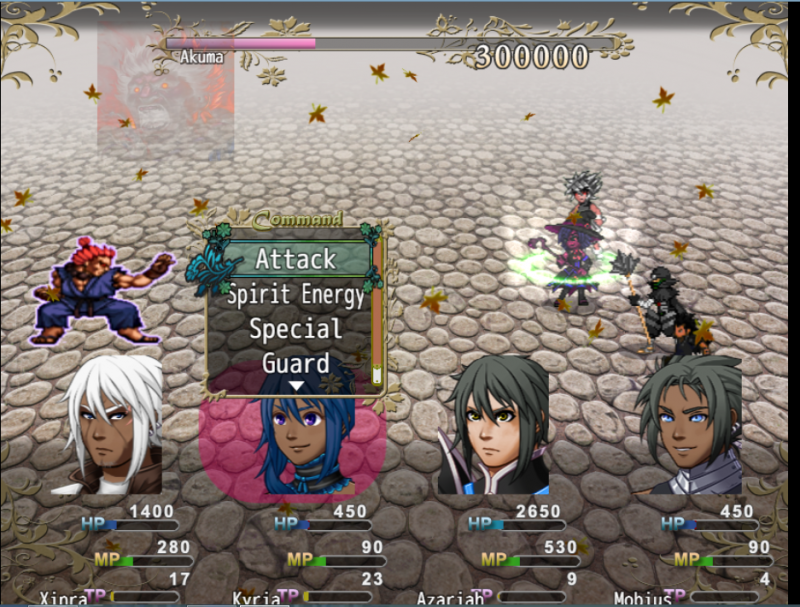 1) If you could compare this game to other games which ones would it be?

Final fantasy, Wildarms, Starocean, Darkcloud 1& 2, Breath of fire, swords of mana, .hack
gu(if it were turned based) Dragon warrior, chronocross, chrono trigger. If you like these games you will enjoy this game very much,

2) What engine are you running this on?

After a year toying around with rpg maker VX ace, When i discovered MV i was so excited because i knew wanted AAG2 to run on MV. The Game runs on a modified RPG MV.

3) What platforms will this be available for?

For now its just going to be windows and Mac, Depending on the needs and desires of the players if mobile and tablet is something you want to happen i will consider it.

Currently, I don't see a part three happening anytime soon unless I have a team behind me. I will however fix the bugs in part one and release that on the rpgmaker VX engine. Right now im a solo developer and Gears of Time Productions is just me and a beta tester at the moment. But if people offer to help out then i'll have no issues making a part 3.

5) Will gears of time productions develop other projects?

Again at the moment I am unsure. it depends on the feedback from the players. i wanted AAG to be an underground gaming thing that only certain people know about. So as far as another game im not sure..
React
Last edited: Dec 23, 2020 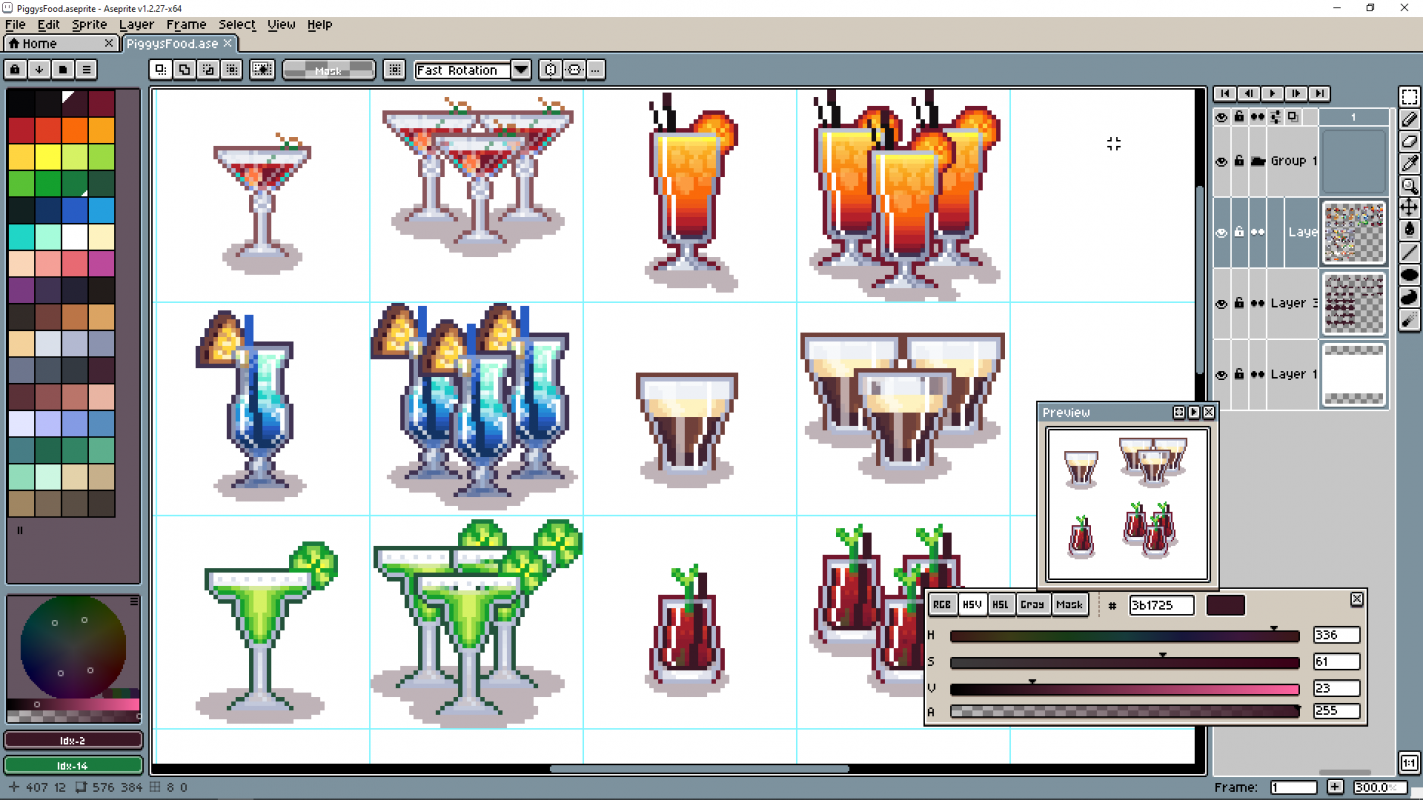 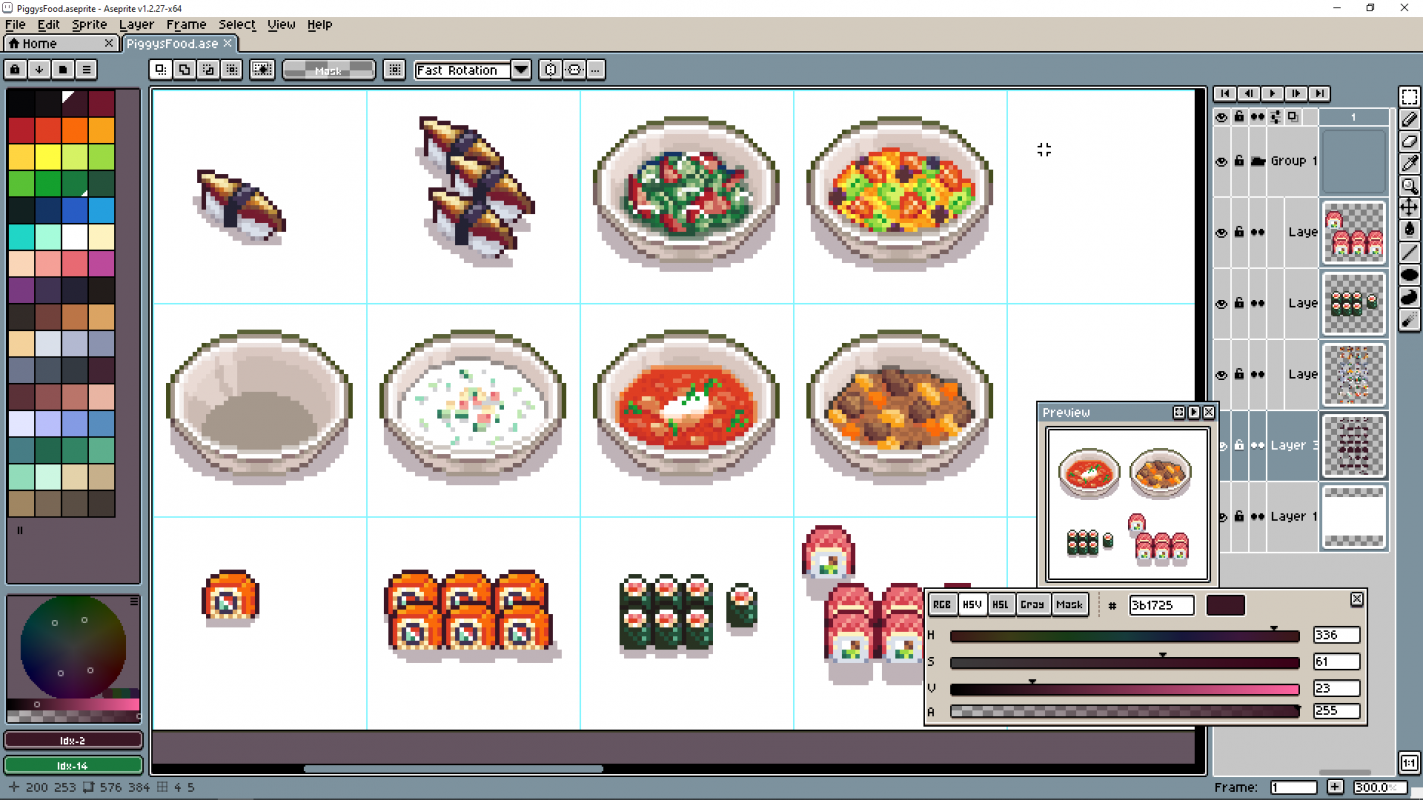