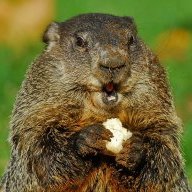 So I like using SRDude's Busts & Icons Menu, but I'd like to make it so that it uses only busts and keeps the commands as plain text, without the icons.
I know he has the Bust Menu but with that the character status window with the name, health, etc. doesn't appear on each individual bust, instead it's only one and it is to the side. So as I'm using a 4 player party I would like that window to appear for all of them.

My question is how would I go about altering these menus so that either I remove the icons and make it show only plain text in the first plugin, or I make it so the status window appears for every bust in the second plugin?
You must log in or register to reply here.
Share:
Facebook Twitter Reddit Pinterest Tumblr WhatsApp Email Share Link

SpyreStudio
I hope everyone is well. Just a quick update, I am working on my college degree right now so that's why I've delayed a lot of my Old RPG maker projects until further notice. I hope you're all making good progress and that you have fun working on them gems. Keep hammering away.
15 minutes ago •••