Shaz said:
I remember making a patch for someone who wanted to be able to click on an event and activate it without actually walking up to it.
Click to expand...

Script activates event in front of actor for some reason

So, I've been using a HUD script, which shows three icons on the map screen as buttons. I can use them to open the Items menu, the Combine Items menu and there is a close button. It works like this: when I click on the button, it actives a common event, which has a scenemanager call in it (open... 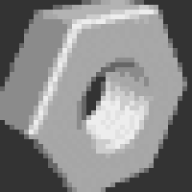 I really wanted to add a mouse to the project, while all the versions of the mouse I found had the same drawback - a conflict with f12. in half a day we found a common solution. but this particular version of the script was fixed.

link to the Russian site, where the discussion and the search for a solution took place (a topic with a ready-made solution):
https://rpgmaker.su/f120/[vx-ace]-Фикс-скрипта-мыши-4702/

I will also attach screenshots illustrating the editing of the code: 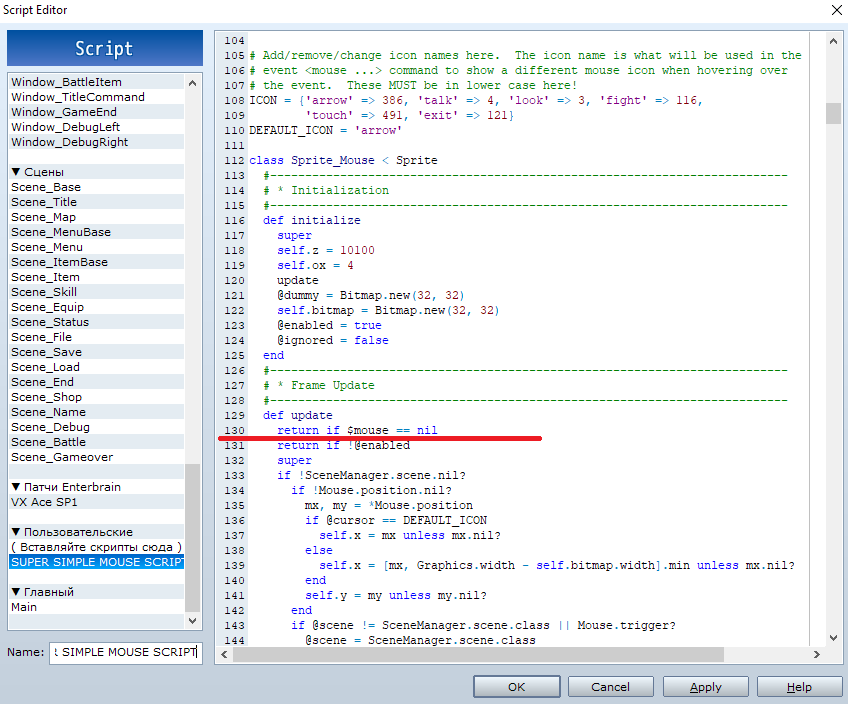 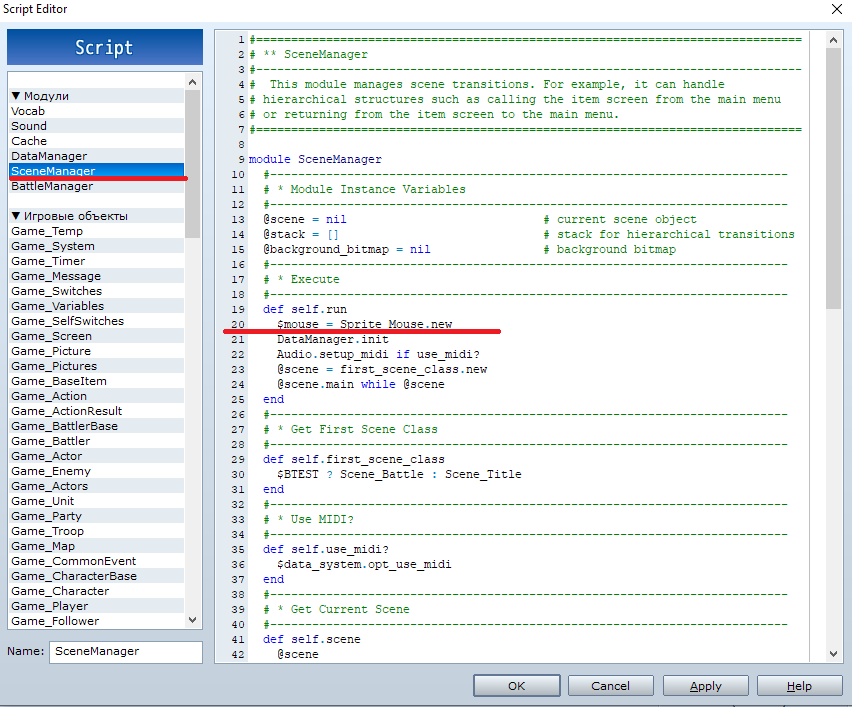 Very nice. Thank you for posting.

it turned out that the essence of the problem in all scripts with a mouse is the same:
f12 nil everything it can, including the graphics of the mouse cursor.
after which the script's attempt to interact with the nil graphics results in an error.
the simplest solution turned out to be:
1) make a check for nil - blocking the script to avoid an error
2) reinitialize the script.

ps
all these scripts were written ten years ago, if not more. and to this day they all still contain this error ... I'm at a loss. 0o

I really never looked at what other scripts were out there. This was a port of an XP script that was a heavy mod of something written by Near Fantastica and SephirothSpawn. It may be that their script was the basis for several others. I also don't know how many people would have used F12 to reset their games - it's not something I ever did, and not sure how many players who weren't RM users would have done it.

I also don't know how many people would have used F12 to reset their games
Click to expand...

The primary use of f12 is usually exit from the battle - when you realize that you have lost, but you need to wait a very long time until the moment of defeat (the end of the battle). mainly in games where you have to replay difficult battles many times.
one friend of mine made a game where all the fights are of this kind (this is a real curse). and he did it on vx ace.
I really wanted to have a mouse in the game - lying on the couch is not very convenient to play with the keyboard ... and he did not want to add a mouse because of the problem with f12. I found three scripts that add a mouse, but this problem was everywhere.
that one, Mouse System by Jet ( https://www.rpgmakercentral.com/topic/152-mouse-system/ ), Luna Engine.

and I had to solve it ><
(as a result, I found the essence of the problem and my friend, being a better programmer than I solved it on his own) 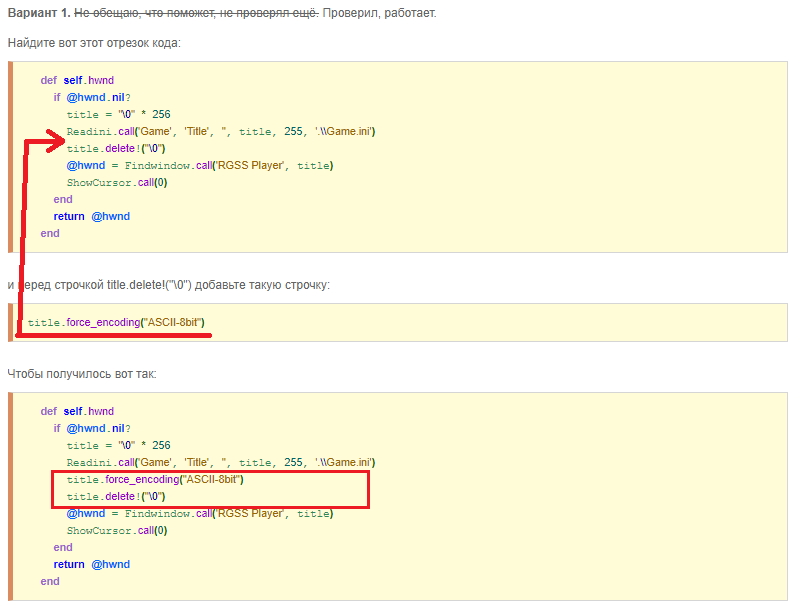 Shaz said:
lordosthyvel has also made a patch for this script that allows diagonal movement.
You can find it here.
Click to expand...

Must have got messed up in the old forum change. Thanks for pointing it out - fixed now.