An introduction and a goal 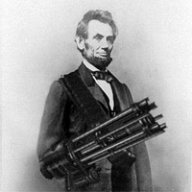 Will Make RPGs For Fun

I love games that allow you to create. Way back when I played countless hours of Unlimited Adventures. And if you don't know what that is, it let you make your own D&D Gold Box style games. And if you don't know what those were... then I am really showing my age. I also discovered editors to make your own levels for Half-Life, or design your own maps in Age of Empires, and don't even get me started on the incalculable amount of time that I spent with Neverwinter Nights. RPG Maker is no exception, and I was first hooked when I found the PlayStation 2 version. I even bought my first USB keyboard to use with it. Many years later, I then discovered the PC versions and spent a lot (and I mean a lot) of time with XP. I kind of glossed over VX Ace, but recently picked up MV.

So you can probably tell that I love the creative process. I like to make and design.

But then there's the part of the creative process where I'm actually supposed to complete a project by not taking on too much at one time. And that is harder.

I'm trying to be better about it. I've started a new MV project and I'm setting myself some limits. I know I could spend way too much time trying to find just the right sound effect for a new battle animation, or tweaking sprites one pixel at a time, or creating some cool and wholly original game mechanic, or building a beautiful parallax map, or any number of things that may make my game better, but keep me from actually finishing something as I work on one tangent after another. So I'm starting off smaller, trying to perfect one area of the game at a time. No custom graphics. No custom music. Yes, definitely custom scripts and plugins, because even I have my limits.

I'm going to get the first area done, trying to make sure the story is right, all the details are in place, and that it's as polished as I can get it to be. Then the next area. Then the one after that. And then maybe, when they are all done, I'll have a finished project someone can play from beginning to end even if it isn't pretty or flashy. Then I'll fix all the bugs, problems, and inconsistencies in the game--because of course there will be plenty of those to take care of. And then, when that is all said and done, I can take the time to put some shine to the game with fancy parallax maps, new sprites, battle animations, etc.

At least that's my goal. 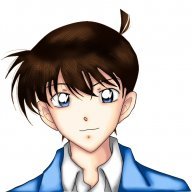 Yes, start from the small baby steps. Every revolutionary was once a a greenhorn. Welcome!

Will Make RPGs For Fun

Thanks, Stanley! I feel like I'm making decent progress and have stayed on track so far. I've avoided adding anything I stumble across that looks cool or shiny. If I'm feeling adventurous later, I may even post screenshots, but I am very nitpicky about my own work.

Unlimited Adventures was so awesome back in the day. Good times.

Welcome to the forums! You sound like you have a solid plan in motion. I'm sort of in the same process myself. Made a couple of small games to try out and learn different skills and am now working on a suite of plugins that I'll likely combine together to in a future game. Good luck with your game making and let us know of you need anything.
You must log in or register to reply here.
Share:
Facebook Twitter Reddit Pinterest Tumblr WhatsApp Email Share Link

Conflictx3
I constantly go back and forth between kickstarter and indiegogo...one garners far more attention while the other is so much safer....
13 minutes ago •••

CleanWater
I just finished Variables I lesson! Urrah! I'll be publishing it soon.
Today at 10:08 AM •••

SwordSkill alice_gristle SwordSkill wrote on alice_gristle's profile.
Hey, wanna give my project a try? I promise it will be easy.
Today at 9:58 AM •••