An MC That Sucks And Consistently Sucks

As the title states, the MC is just bad (stat wise) but he can learn practically any skill and can use all weapons (essentially being able to do anything). What are your thoughts/ views on this? Personality non-withstanding. 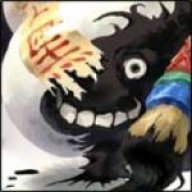 Well, a lot of protagonists are classed as a warrior-type, and those tend to be trained in a wide array of weapons. So, in a way, that makes sense. However, if there is no other training through the story or skill-up mechanisms, a character that can use all the weapons, items and magic does seem a little... off.

Depends on how bad. As long as the character isn't pathetically weak, it's understandable to have a character who is versatile in terms of equipments and skills but not as good at those individual things as the most specialized characters.

My first question, if the MC can do everything equally poorly is "why is he still alive?"
Any adventuring character needs SOME kind of edge, something they're better than average at, to keep themselves from dying.
If the character can do everything unsuccessfully, they're no longer a main character, they're a bloody escort mission.

Sounds like an excellent way to hint that being a jack-of-all-trades may not be as great.

well I would say no point if having him be able to do everything if he does everything badly. I other Characters are more specialised and the party works, Players will not use him.

Now, is he lame as this being a part of the plot/game concept, EG, the viewpoint of a lower than average dude surrounded by badasses dudes and dudettes?

that could work in a kind of comedy way.

he would suck, but player would still use him/support him for the sympathy factor (see the inept Don Quichotte for example).

I know you said personality notwithstanding, but if the hero is a lame duck, personality will and should be affected. 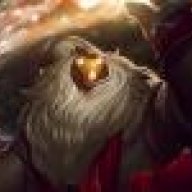 I'm fine with a jack of all trades MC. The MC you're describing though, just feels like he'll always be inferior, and party members will always do what he does better.

Sure, I can learn all the magic spells and skills, but why would I use him to bash faces or throw fireballs, when I can use someone else who's specialized and just all around better at it. Now if he was a bit behind in stats and to compensate could fill two roles, like being a Healer who can also fight for example. The character is more interesting from a playstyle view point, he can heal you when you need it, but unlike other healers punch peoples lights out. Just my two gold.

If (s)he's the main character, give him the benefit of the doubt and err on the side of overpowered rather than underpowered.  I don't think it usually feels that good to the player when the character they're "role-playing" is one that they don't want to use at all in combat.  I'd recommend giving them average stats (in line with most other playable characters) and still allowing access to all classes/equipment/abilities/whatever. 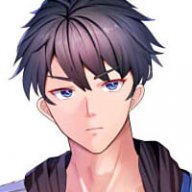 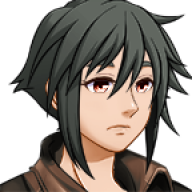 Nobody likes the "master of none" type of characters.

Versatility is one thing but when the character is too weak to keep up and worst: you can't even drop him out of your party he's bound to be widely hated people will probably wonder what the creator was thinking.

You can make the character good giving them good, useful skills enough to make them perpetually useful, though.

Either way caution when giving him a set of skills is my advice here.
Last edited by a moderator: Dec 3, 2015

Honestly I'd say it depends on the way the games designed. If this plays into the actual story of the game then you need to make sure it's conveyed correctly.

In a sense the character reminds me of how Emiya Shirou was portrayed in the Fate/Stay Night series/games where it's clearly defined how weak he is compared to everyone else.

If this is just a counterbalance his versatility then I wouldn't recommend it personally unless he will eventually be able to specialize in something. Having an MC that's initially weak but never "grows" into something stronger will be nothing but dead weight.

Then again depending on how the gameplay is designed and how stats are balanced, it may work out to be something interesting. Just make sure the player is actually able to figure out how to come out on top in combat. 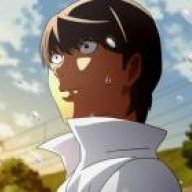 It really depends on how the whole game is designed. The important thing is that the player should never ever thing that his choices don't matter. Even if the MC is weak, his performance should be what turns defeat into victory (or victory into defeat if the player plays poorly).

If you want to make a "weak" MC, you could make him a buff-master. This way, he'd be useless on his own but it would be clear that the rest of the party wouldn't be strong enough to defeat the enemies without him. Whether this is possible and makes sense depends both on the battle system and the story, though.
Last edited by a moderator: Dec 3, 2015

Personally I'm into looking at parties as a collective, and the main character being a part of that collective!  I'd rather have a specialized MC that people can choose not to have in the main party than a weirdly balanced, OP character (or underpowered character!) for the sake of making them unique.

Balance your game to the party you have!  Encourage players to swap characters around.  If you have a class changing system, fill up your battle party and don't add any more characters so they player is forced to use every available character.  If characters have set jobs, make them honestly unique, and all of them useful. 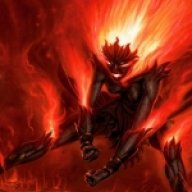 Having a jack of all trades, master of none is only bad when the better option is available. When its Jack or nothing, suddenly they are good.

Lets say your MC is the only one in the group that can heal for this part of your game. The MC is now the Healer till a healer focused character shows up.

But if all jobs are covered...then the MC just became a weak "baggage" character.

omen613 said:
Having a jack of all trades, master of none is only bad when the better option is available. When its Jack or nothing, suddenly they are good.

Lets say your MC is the only one in the group that can heal for this part of your game. The MC is now the Healer till a healer focused character shows up.

But if all jobs are covered...then the MC just became a weak "baggage" character.
Click to expand...

Unless you cant switch party members in battle and every one of those things have a large impact, enongh that youd miss them if you didnt have them. You'. Also need to make it so you cant have enough specialists to fit every role. 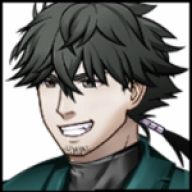 One example of a jack of all trades type of character is the Final Fantasy Red Mage. While its cool that they can cast both white and black magic, and use a variety of weapons, they suck at all three compared to a White Mage, a Black Mage, and a Warrior. Their only use is early on in the game when you might need a little bit of extra healing or elemental damage, but once you can afford better healing items, and weapons with elemental attacks, the red mage becomes useless.

You would be much better off giving the main character something he is good at than nothing.

Red mages can be useful in FFV, however, since you can give them doublecast if they're leveled up, which greatly amplifies which magic abilities they do have access to.

I tend to prefer Red Mages over carrying a Black/White mage because you very rarely, if ever, need the full power of a Black/White mage in any combat.  Usually a Cure2 or Element2 is good enough for pretty much the whole game.  The only time you need more than Cure2 is if you're poorly equipped or you run into an emergency and need greater than that.  The only time you need Element3 or above is when fighting elemental based enemies.  Otherwise, you can just Warrior your way through the game (which the Red Mage can do well with the proper equipment).

Red Mage isn't FANTASTIC, but it's far from useless.  It does actually benefit a lot from being able to be put in the front row at least, so it isn't some squishy mage that has to sit in the back row and hope it doesn't die.  The Red Mage is just specialized in its own unique way.  I consider it an example of "jack of all trades" done fairly well.  Though, early versions of the class do tend to make it suck pretty freakin' hard.  FFV does it quite well.

Chrispy said:
One example of a jack of all trades type of character is the Final Fantasy Red Mage. While its cool that they can cast both white and black magic, and use a variety of weapons, they suck at all three compared to a White Mage, a Black Mage, and a Warrior. Their only use is early on in the game when you might need a little bit of extra healing or elemental damage, but once you can afford better healing items, and weapons with elemental attacks, the red mage becomes useless.

You would be much better off giving the main character something he is good at than nothing.
Click to expand... 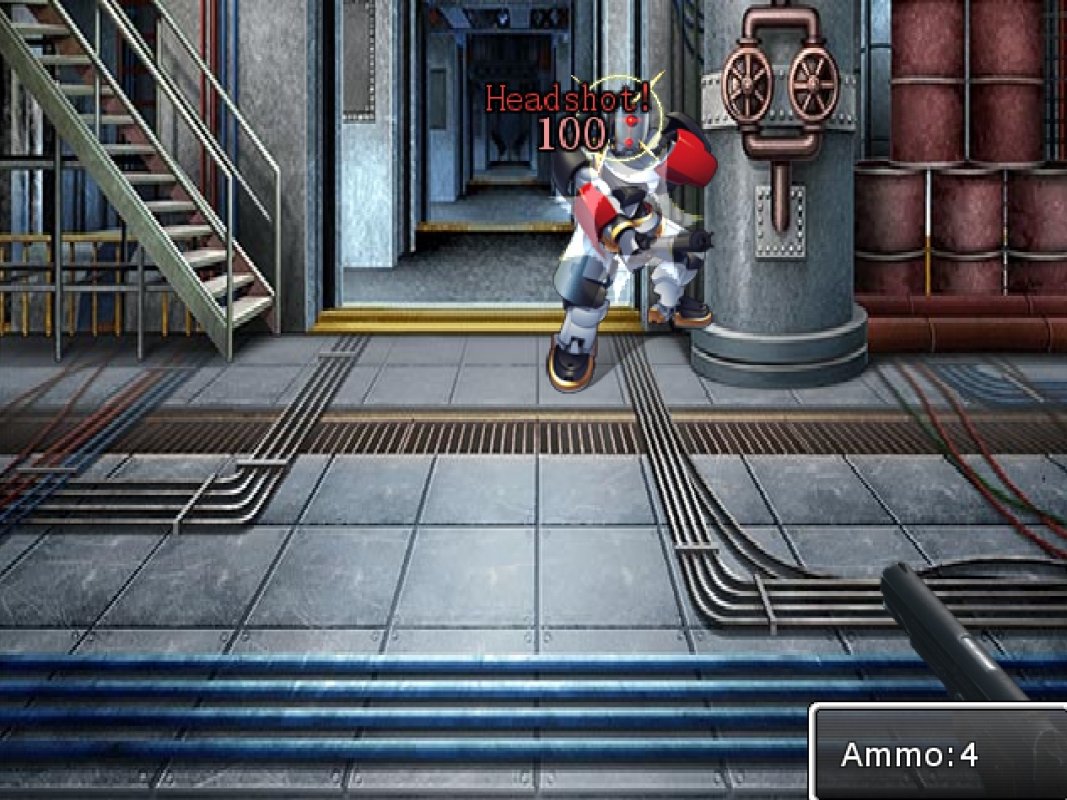 The theory has been proved. Based on an invisible image's data(the big red dot in the previous image), RM can identify different parts of an enemy and do something respectively.
21 minutes ago •••

Arctica
Ok.. coding what should be a simple "everyone is petrified and therefore dead, now go to game over screen" shouldn't involve needing to become Dr. J and dunking from the free throw line(my way of saying "jumping through hoops").
37 minutes ago •••

Arctica
..of the major old school series that began in the 80s- early 90s, I still haven't beaten 'a' Zelda game. Mario 64 was the first Mario I've beaten. I don't know if I should give that honor to Link to the Past or A Link Between Worlds(I currently own both). Well technically I've haven't beaten a Sonic either (Game Genie doesn't count =P).
Yesterday at 9:08 PM ••• 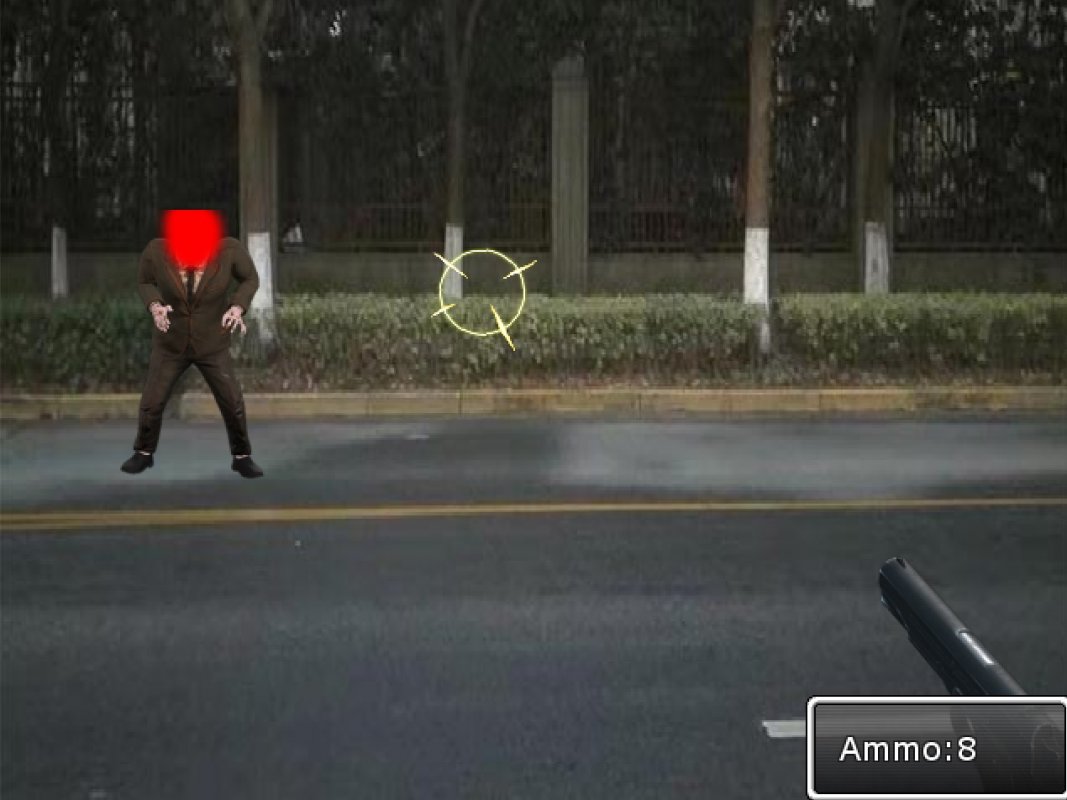 Time to add the "headshot" concept into the game so that people may actually aim at the heads when shooting zombies and get massive damage and armor-pen bonus as rewards.
(The red area is just for visually debug purposes right now. But, it's possible that I will add something that displays the weak spots of enemies in the future.)
Yesterday at 9:08 PM •••