I keep running into a problem where Numerous frames will pop up. And randomly play multiple animations on a loop.

Now At first I had it on a much smaller set up of 1450X2700 [since I have wide characters.]. I had that problem, but was running out of space for my characters. So I decided to make it bigger [after all, if frames keep on running into one another than it must be because they're to close right?] Especially since when I get to Gryphons, and Pegi's I'll be needing room to take into account aerial components / maneuverability. As well as for my more bigger characters that'd not be able to use the limited space it was at. Atm. My Battlersheet's at 2068X4000, that's more than enough space for anyone.

Yet I still get multiple animation frames at once.  And even then, opening battle sequence is atrocious with most of the body cut off. Then it awkwardly jumps from a murdersalad, to I get full bodies, but there are two of them, and they jump about.] I can't really space them further apart. I mean I'm giving each of them about two fingers width distance. I mean yes, if it's the only fix. I can and will easily make the battler bigger [those won't effect game speed will it, if I have a lot of massive battlers / charsets?]

Btw. Sorry for the sloppy look on the un-made bits. But I thought I'd simply show as is [and see if it's a spacing problem with this script. Or if I simply didn't make my battler file big enough.

I found out how to fix the second problem [ where the Animated Battlers were all sharing a frame, and looking utterly horrible.] So the updated battler above is cleaned up, and doesn't have that problem.

But now I'm running into the problem before where idle animation would start lower in the screen, then jump up rows until  it got up to idle. It only takes about or less than a full second, but it's noticable and looks horrible.

Also what is the data limit for saved files, and animation? Since I have heft Charsets (and soon to be hefty battlers), and if there really isn't a limit then that's a load off. If there is then I need to start tailoring the game before I start making tons of variation character and battler wise (atm I have two male bases [4X2 charsets each]. and one female. And that'll be out of 32 PCs [2 types per gender [Heavy and Light], 2 genders per race, 8 planned races. If I can have lots of rooms for pics, then I can easily get away with more variations].

Updated. Finished graphics. Both when using Placement on the grid [Placement version [used a .pdn layers to copy and paste characters without needing lots of erasing in a new file]. And the altered version in test. Yield Messed up graphics.

Placement version, I get Victory Pose, Then to a cut off Idle [at Battle start]. Attack is Magic Pose, that jumps up to Battle Entrance  Pose randomly [enemy test isn't using battlers, they are regular graphics until I can get the animated battler PC's working]. Evade Pose is the Victory Pose. Skill Pose causes my character to become invisible [no animation].

And in the shortened version. I get Victory Pose [part of it], into full Idle. There are no cut offs, but missing poses are still missing, and it still jumps randomly from pose to pose within a single animation. [Haven't tested magic yet].

Forgot to add the [Holders Cross bit]. Now the animations are in order. But there's still the problem of animation jumping around at the beginning of battle.

TheGreatEater, please avoid double posting, as it is against the forum rules. You can review our forum rules here. Thank you.

Sorry. Next time should I just update the OP, rather than a post, posting the update to the problem in the OP? Or would it be best to wait for the 72 hr period then say what the updated situation is?

Depends on the situation but in this case update the OP. If you're updating this much in one day though, maybe you should post only when you're completely stuck and not while you're still working on the problem.

Actually the  double post was 2 days ago. That was my first post since then. But for the last two days I've been stuck on the same problem, and pouring 85% of my day into it. The only main change is now I only have one jumpy animation [to my knowledge] that was my original problem, rather than a whole bunch of ones [this days update, when I thought if I made an entire battler rather than only three animations, it would fix it [edit moved it back to just the opening sequence that's glitched].

Bump. Anyone know why it jumps up the screen when battle starts?


You might have gotten more help, faster, if you'd posted in the right place.

I've moved onto Kread-EX's script. And it doesn't cause my system to crash with an undefined Method for width.

But, what is the Animation Sprite set up like? I can't seem to find any online tutorials for VX ACE, or GoogleImages for how to set up the animations? Or do I just simply animate it with the animator section of VX ACE, and plug in the animation number to the appropriate area? And the system will handle the rest?

You don't find specifics about it because all sprite setups are relative size, not absolute.

What is the size you want for your single sprite? What is your intended game resolution anyway?

Because your numbers go way too big...

Just for an example: Default Holder's sprites are 64x64 pixels - a size that easily fits into the regular screen of 544x416 pixels.

But if 8 sprites have a width of above 1400 pixels like you claimed in the first post (and call that small???), then a single sprite would have a width above 175 pixels - which means that they will take up one third of the screen width. Is that really what you want? It would be problematical to fit even four of those sprites and the enemies on a screen, and the Hi-Res DLL is currently not available...

So please state, what you want as the size of a single sprite - and then we can calculate the correct sheet based on those numbers.
Last edited by a moderator: Jun 7, 2015

To be honest. The reason for the big sprites was mostly so I could show size difference between the two [fighting and non-fighting] as well as let me utilize more space. Since I have flying based races that I want to implement flight / Aerial  Maneuverability into. Which would require more space, than ground based ones. And then theirs Minotaurs, which are going to be a max of approx. 46 X 83 [current calculations, give or take +/- 5X10 [ for horns].]. Which is about the same size as a Heavy Size Class Equine standing on their rear legs [added space for really small horns].

But yeah the current battle size is actually,  72 - 77X95 standing [on four, then two legs] for the one I've been showing. But, normal size is 52X62, and that's one of the smaller racial characters. So, I guess, my normal size min [52X62], and My current projected Max of 46X83 are more than alright for battle. But Gryphons, Axex, and Pegasi, [as well as a few  aerial monsters] are going to need space to move beyond standing on the ground. And it's not counting weapon sizes, which is something I don't know about at the moment.

My sheet was mostly big as a universal size to work within as well [after all that size was more than enough for anyone to work within, add SFX, Weapons, and any amount of detail with in.]

But if it's all about current sizes ... Facing right.

Equines, Range From about

Avians, I'll get back to you on. But Current Calculations is about 60X63 max. [non-Flying Animation].

Taurians will  be about Equine Height, half width [26X62], to a max of about 46X83 [thankfully I'm making them a rather smally populated race. So a party of 6 wouldn't be very possible with them.]

Those are without adding weapons. So I should with normal chars be able to fit at least  5 to 8 actors on the Screen right?

Although with how https://youtu.be/y7oKEt-vwus looks, I don't know if I'm supposed to animate each character individually with skill attack animations [like the fireblade / lightning blade attacks], or if those are simply done through normal animations, and they just pop up as the battler attacks [since there's no demo to work off of XD.] and all I need to worry about is tacking on <skill:skill_id,anim_id> onto the character.

Is there a good set up / tutorial for using Kread's stuff? Everything I've seen so far has been about Victor's engine, and normal Battle Holders. Rather than the stuff used in Kread-EX's set up / animation stuff.

Does Kread's set up use Sprite Sheets, or does it use something totally different? So  far all I know is that everything is done through the animator. Well at least that's how it comes across.
Last edited by a moderator: Jun 8, 2015


Is there a good set up / tutorial for using Kread's stuff? Everything I've seen so far has been about Victor's engine, and normal Battle Holders. Rather than the stuff used in Kread-EX's set up / animation stuff.


Does Kread's set up use Sprite Sheets, or does it use something totally different? So  far all I know is that everything is done through the animator. Well at least that's how it comes across.
Click to expand...

No, Kread's script doesn't use spritesheets, it uses animation sheets and those work completely different from spritesheets.
That's why you won't find much tutorials on them unless you search for animation tutorials.


Animation sheets have a fixed width of 5 elements of 192x192 pixels from let to right. The height is not fixed, but it needs to be multiples of 192.


You can use two sheets per animation, and the longer the sheets are the more laggy the animation will become (not detectable unless you go to several rows on both animation sheets)


Additional advantage is that you don't need double frames, you can arrange each part of the animation multiple times with different positions.


It requires a completely different workflow to create the animations from the pictures of the animation sheets however, so you should check how the existing animations are done before using that option.


And I also suggest making a new topic and having this one closed if you decide to use Kread's script, because otherwise the completely different answers would get confusing... 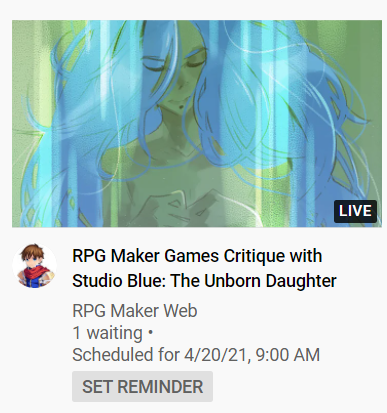