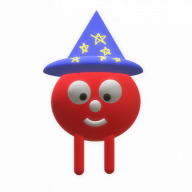 I need a plugin that allows me to show battle animations from enemies. I've made a few animations where the attacks shoot at the screen so it feels immersive. I had a perfect plugin for this from NotADev, but unfortunately it is incompatible with Yanfly's Battle Core (which I may end up needing). It'll be okay if there isn't an alternative that's compatible with the Battle Core, I'll just have to scratch the idea of using it.
Also, before anyone suggests the battle status window plugin, it doesn't work with a solo party, which my game has.
You must log in or register to reply here.
Share:
Facebook Twitter Reddit Pinterest Tumblr WhatsApp Email Share Link