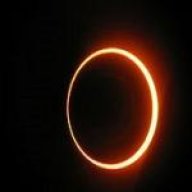 So back in RMVXA, I used an animated title screen script that I downloaded from the SoulXRegalia website. I was wanting the same thing for my game and was told by a friend that he saw that they made plugins for RMMV that will animate the title screen. Unfortunately, the SoulXRegalia site has been taken down and no longer exists. This also means I cannot get the plugins from other people because of redistribution rules.

I was wondering if anyone knows any other plugins that would animate the title screen, or if no others exist, possibly making a simple one?

I'm not looking for a background animation, I more am looking for some sort of animation on top of the background layer that adds some life into the title screen. As such I am also looking for some left and right arrows that are animated that can be used for when someone presses the corresponding arrow key, changing the command that the player can use.

Resource Requests is for graphic resource or music resources, not plugins.


I've moved this thread to Plugin Requests. Thank you.

I mean, I made this by using Yami Skip Title plugin and eventing the whole thing on a map... I don't know if it is what you're looking for, but when I made it I didn't know much for coding, but I really like it!

https://1drv.ms/v/s!AudmJ7ZqhzAGkC9JzFnPCp7Vr0Ia (Using my OneDrive since apparently .mp4 isn't allow to straight upload on a forum post )

If you know what you're looking for, maybe you can get (most) of the effect with eventing

Moghunter's title screen plugin does this, I believe.

Try one of Moghunter's title screen plugins. A lot of Soul's plugins were plagiarized from Moghunter.

Ninja'd while taking the kids to Tae Kwon Do.

@Ahuramazda Thanks for the suggestion but not quite what I was looking for.

@Frogboy @OnslaughtSupply Thanks for the suggestion. It looks like that is about exactly what I am looking for.

Tiamat-86
D2R save files are so broken. how was the beta test better then the full release. blizzard's last hope crashed and burned.
they're getting no more chances from me.
6 minutes ago •••