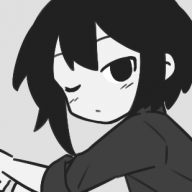 Hi! Been a while. I'm making a new post here because I'm aware that there are already existing plugins for both of these functions, however neither of them support the other.

So... I guess I'd need a plugin that is mainly used for changing the title screen image via switches, etc., but with the ability to support an mp4/webm file. (Unless there's already an existing plugin that can do both of these, but I haven't found one so far)
If it can't be done, I'll just have to sacrifice one of these