I’ve just run into an issue where the animation editing menu in MV is triggering almost constant crashes in the engine. I’ve never run into this before, but here’s some background:

- I haven’t tried designing animations since I upgraded to a new computer. My previous computer was a netbook which lagged even just when running battle tests, but MV never crashed on it. My current computer has significantly better specs all around and has run MV without issues up until now.

- At this point, other tabs like Actors and Skills haven’t had any problems. So far it’s just been Animations.

- This happens in every project, even sample projects from other creators. As soon as I open the animation menu, I’ve got a couple minutes at best before a crash occurs, and sometimes it happens within seconds.

Does anyone have any experience with an issue like this? I’m kind of at a loss, and it makes designing animations an extremely slow and frustrating process.

Edit: Forgot to mention, the animations themselves play without issue in the game or battle tests. It’s specifically the editing menu that’s having issues. 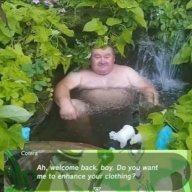 I too have been having this problem, but not entirely sure what is causing it. I have heard something about it being caused by laptop graphics cards or something though.

What ultimately resolved this issue for me was updating/reinstalling my graphics driver. I had given up on this problem, but then a Windows update deleted my drivers and made MV crash immediately whenever I tried to open the program. After I reinstalled the graphics driver and could open MV again, the animation menu crashes stopped as well.

Here’s the link to the thread which indirectly helped me to resolve the menu issue (though there’s not a ton of specific info there beyond what I’ve already described):

GoodSelf
My new level features a Jellyfish character who cannot love, because he electrocutes everything he touches.
10 minutes ago •••

Hyouryuu-Na
I prefer single roommates. After a hard day, all you want is sleep. I went to bed at 12. I was awakened at 2 because of my roommate laughing and whispering and stuff with her boyfriend on the phone. I didn't want to yell at her so I had to bear that cringy lovey dovey convo for half an hour, before I got so bored that I fell asleep again.
31 minutes ago •••