OH OH, and if you want to read a great Manga, pick up Monster. Seriously, its amazingly written, and the art is great. 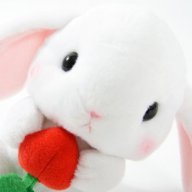 Did someone say Monster? It's my most fav manga ever. Read it guys. (and Touchfuzzy listed Gankutsuou too, man you're awesome!)

For anime I'll recommend Fate/Zero. It's so awesome and epic it hurts. If you're new to Fate series... eh, maybe watch Fate/Zero and forget about Fate/Stay Night... unless you want to see what happens after.

I don't read manga or watch anime, really (no time!), but I am currently reading a series at a request of a friend. It's called Liar Game. Pretty interesting psychologically.

The manga I read before that was Doubt, which was probably months and months ago. It was also pretty interesting.

Yeah, I watched that on a whim. Seriously I just saw it and I'm like "Might as well give this a shot". Turned out to be really good, but i am just upset at how the story ended just as it was reaching the climax. 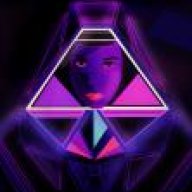 Sailor Moon is my absolute favorite anime of all time. Cowboy Bebop comes in a close second. I also love most of CLAMP's manga. I used to read a lot of manga, but now I'm only reading One Piece, Naruto, Vagabond, Bleach, Detective Conan, History's Strongest Disciple and Fairy Tail...

One piece > it's really a long and epic adventure, just like an rpg story with really nice characters. It's a story about pirates.

Toriko > it's just like One piece but this time it's a pirate but a "food story".

Those 2 animes/mangas have well written characters and loveable.

Persona 4 > I love this game and this anime show. I recommend you to play the game first before watching this show because in the game you've the time to enjoy more the events.

Chaos17 said:
One piece > it's really a long and epic adventure, just like an rpg story with really nice characters. It's a story about pirates.
Click to expand...

Yeah, and don't you just love it how Oda blend humour and tension all the while not making the plot linear.

Talking about Luffy, Luffy to me is by far one the most idiotic yet amazing main characters that I've ever known. Luffy is portrayed as a carefree and happy-go-lucky character with great ambition and a huge appetite. He often thinks with his stomach and eats to the point of becoming comically fat. He is caring and generally good hearted. However, he is not naïve and understands most situations more than he shows. Knowing the dangers ahead, he is willing to risk his life to reach his goal to become the King of the Pirates, and protect his crew. He invites several people, such as Chopper or Brook, onto his crew generally for their personality but also because of his instinctual ability to be able to read people. His main reason has been stated a few times in the story. He needs several key jobs filled in his crew (i.e.: cook, navigator, doctor, musician, shipwright, and so on) that each crew member fulfills. Luffy stated in the beginning of the series that he wants at least 10 crew members, each with abilities that he feels necessary for his goal. Each members of the crew respect him in their own way despite his carefree personality. He is rarely concerned with the consequences of his actions, doing what he feels even if it leads to retaliation by a powerful force.However, he is an extremely loyal captain, who has demonstrated at many points throughout the series that he is willing to risk his life for the well-being of his crew. That's Luffy for you! 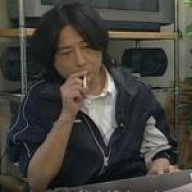 Asterisk said:
For anime I'll recommend Fate/Zero. It's so awesome and epic it hurts. If you're new to Fate series... eh, maybe watch Fate/Zero and forget about Fate/Stay Night... unless you want to see what happens after.
Click to expand...

that's kind of a bad approach. i mean to really get the most out of Fate/Zero some familiarity with F/SN is a necessity. F/Z spoils several major F/SN plot points in the first episode and then never references them again, so going through F/SN afterward would be kind of pointless.

i'm not saying people should sit through the whole VN (though that would clearly be the best option), but they should at least watch the anime adaptation (as bad as it may be) and the UBW movie first. if nothing else it would explain the world much more (F/Z doesn't explain jack **** compared to F/SN) and would help build a connection with characters who are super important in F/SN but are just side characters in F/Z, like Rin and Sakura, which would make the scenes in F/Z where they ARE important (like Rin's little adventure in episode 10) resonate much more strongly.

Okay uh. Fruits Basket. It's the one show everyone watched but is too manly to admit it. If you haven't watched it yet, where is your childhood; If you have, don't say you did to avoid questioning of your sexuality.

I'm all for Lovely Complex though.

@Luna: yeah I read Liar Game every once in a while too. It reminds me of Death Note - they sure love to fill up those bubbles with text. 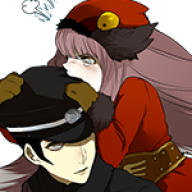 I found Fruits Basket mediocre but at least watchable. Chobits, on the other hand, I dropped after the first volume of the manga. 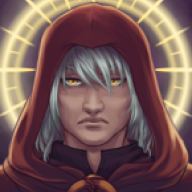 Recently finished reading Franken Fran, one of the best manga I've read in a long time. It's not really a manga for most people though, but if you're a fan of H.P. Lovecraft style weird fiction then you might like it, and when you read the last chapter, you will want to kill the nearest living thing in your vicinity.

I can't believe I forgot Angel Beats. A fantastic anime made by Key, short, sweet, emotional and comedic. Everyone should check this out. 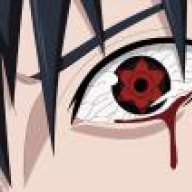 Crimson said:
I can't believe I forgot Angel Beats. A fantastic anime made by Key, short, sweet, emotional and comedic. Everyone should check this out.
Click to expand...

I find that you and I have very common taste in Anime. Kind of awesome to find I'm not the only one around that likes all these. Angel Beats is one of my favorites. Spent the money to get the Blu-ray, just to have it, though I could stream it haha

Am I the only Fighting Spirit and Kenichi: The Mightiest Disciple fan?

I know what you're saying. Maybe I was put off so bad by F/SN that I didn't care for it so much... although I do agree to playing the VN instead first. Well if you're talking about really making sense of everything, then yeah, F/SN first. But... it can put people off (like it did several of my friends). I guess I can understand F/Z easier because I knew F/SN/UBW... ugh was just thinking about people having to sit through all of F/SN to reach F/Z lol You're right about the Rin thing, it's like understanding Kotomine a lot better.

@ Nelneo : you're totally right! Luffy is more badass than ever since he came back from his two years of training. No, everyone of his crew just kick ass. Also, the girls never piss me off like in other animes/mangas. They're not useless, they've have some brain (specially Nami and Robin) and they also put their live in danger. The princess mermaid is really cute.

I never played the visual novel of Fate stay night but I know that the story have 3 different routes, so it has a good replay value.

The anime of Fate stay night was boring to my taste maybe because of the hero ? I don't know, I prefered to watch Utawaremono instead.

So when the anime Fate Zero was realeased, I gave it a shot and to my surprise, the plot is far more interesting than Fate stay night plot and the Servants are just too great! Their personalities just fit who they're. Gilgamesh ? Hatefull badass, he is really a bad person, but i can't stop myself to think he is great, etc...

If you're into historical characters, then Fate Zero is for you, legendry "real" hereos, fighting, is awesome. Soon, the second season will begin, I can't wait. 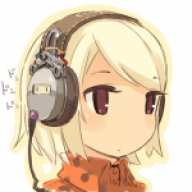 TDS said:
Recently finished reading Franken Fran, one of the best manga I've read in a long time. It's not really a manga for most people though, but if you're a fan of H.P. Lovecraft style weird fiction then you might like it, and when you read the last chapter, you will want to kill the nearest living thing in your vicinity.
Click to expand...

Man I love Franke fran lol, such an unconventional manga, kept me hooked all the way lol.

While we're at it, what are everyone's thoughts regarding Negima's ending?

I for one could definetly tell Akamatsu still had a lot of stories to tell within Negima, I think he was most likely cancelled, and he did what he could in the last 20 chapters, and as a result, the writing quality of those definetly suffered, gotta recognize it would be impossible to give a story of Negima's caliber a fitting ending within that time frame, Still, always sad to see a long-running manga end.
Last edited by a moderator: Mar 20, 2012

Kingmagus said:
I find that you and I have very common taste in Anime. Kind of awesome to find I'm not the only one around that likes all these. Angel Beats is one of my favorites. Spent the money to get the Blu-ray, just to have it, though I could stream it haha
Click to expand...

Gabrelik
Checking out the Judge's Round Table. Really cool getting their perspective in a Q/A environment like this.
14 minutes ago •••

Puffer
just when I thought one of the greatest game of all time couldn't get any better, they announce a new dlc for it.
Yesterday at 7:10 PM •••