It took me all of 10 hours to figure out how to allow my character to move around. (Me being an idiot, didn't think to actually mess with collision detection. But that's in the past.) Then it took me quite some time to string things like 'jump' animation into 'peak' animation into 'falling' animation, all the while one particular thing irked me the most more than everything thing that I've managed to overcome thus far.

Why does this program insist on blurring the sprites, or 'Smoothing' them. I THINK this is called Anti-Aliasing, but whatever it is, it makes the game look like someone chewed on it for 3 days and it's just a bunch of much. Is there a particular way to save tiles/sprites so that when I test play it doesn't look like a 2 year old spit on it and did the hamster dance ontop of it? Or is it just stuck looking like someone photoshopped the blur tool all across it? 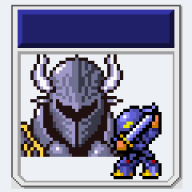 I have never seen RPG Maker perform any sort of anti-aliasing on sprites. Can you give us a simple case which reproduces what you are seeing? Show us the original graphic and then show us what it looks like in game and note anything needed to make it occur. 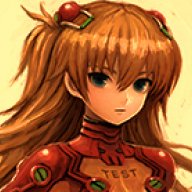 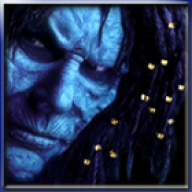 Yes I'm talking about IG Maker, and everything looks fine in the editor, it's only when I test it that it looks like nonsense. Is the photo too large? In that case, have to checked your GPU settings? some monitors as well scale images. Old DLP TV's have AA problems as well.

Wow...and here I was thinking it was the program. That cleared it up really fast, didn't even know the computer would do something like that. That's why I hate WIN7. Thanks Mako!

Lorisor said:
That's why I hate WIN7.
Click to expand...

It has absolutely nothing to do with windows and everything to do with your GPU, its associated driver, and *your* settings. before "hating" something you should put at least the smallest amount of effort towards understanding it.
Last edited by a moderator: Jun 27, 2012

Understood, but with winXP never has this problem come up, ever with nothing I've ever done. Now, it's not that I'm not saying that I didn't understand, but at the same time, it wasn't something I had to check upon with XP not even once, ever.

Edit: Now it might not have anything to do with Windows, but apparently by default 7 decided to configure things that way on it's own by default. I understand enough to know that it wasn't this way when I had XP. That's all I'm trying to say.
Last edited by a moderator: Jun 27, 2012

Windows 7 didn't decide, your GPU driver did. Either way...

This thread is being closed, due to being solved. If for some reason you would like this thread re-opened, please report this post and leave a message why. Thank you.[/closed]

Dororo
It look that somehow MZ tracks are messed up (for example battle4 is obviously a theme, castle2 is a ship, ship1 is a scene and so on..). Maybe they just named them after with some ambiguity.
12 minutes ago •••

TheSevenWonders
If you enjoy speed mapping for RPG Maker MV check out my YouTube Channel. My latest video includes custom made tiles which makes a simple map look dynamic!