Anyway to big up the script window size ? 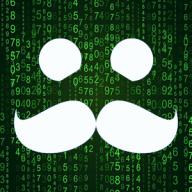 Hey there
I'm looking for help because i've tried a new script, but it seems like script window is way to little to contain the script.
If you don't see what I mean, here's a screen.
View attachment 131587
Early Thanks !

there is a difference between script and script command.

the event command "script" is for simple script commands to be executed during the game. It is not intended to run full scripts.
You CANNOT increase the number of lines in the script command, but usually you don't have to as this rarely needs more than two or three lines

Full scripts are handled differently and need to be placed into the script editor window. That has nothing to do with events on the map or in the database, it's a different window of the editor.