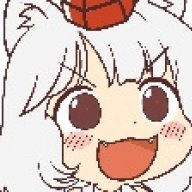 Edit: Mystery solved ! Look below for fixes. Post #11 may be the better fix.

Some of my posts were done tired so let me clarify what the problem was.

By default. The Game_Battler definition "on_turn_end" ended the turn then updated and removed states. So if you had a state that lasted 2 turns, the third turn is when it was marked as being removed.

When you used the add_state command the first thing it does is check if you are not allowed to add that state. One of the conditions stopping you from adding the state was the state_removed definition. The state_removed definition checked if the state had been removed on the "same action". So you couldn't apply a state after it had just expired, because it was still on the list of states that had been removed.

I have a skill that damages the enemy and adds a state to the user using a custom formula.

The problem is that I can't get the state to be added consecutively.

Try it yourself, load up a new project. Change the state hp regen to 1-1 turns. In your attack custom formula enter "a.add_state(14);30"

Go to battle test and only use your basic attack and see for yourself that it doesn't work, or I'm crazy.

I'm not savvy enough with the game's scripts to know what I could tweak to change this but I have some clues.

Clue A: The problem is unique to a.add_state. b.add_state in the same syntax will apply a state consecutively. Whether the skill damages or heals.

Clue B: You can apply a state consecutively using a.add_state or b.add_state if the scope of the skill is the user or allies. Damaging or healing.

Clue C: a.add_state works again the turn after it failed to apply the state.

Clue D: The number of turns doesn't matter. The turn after it expires it fails to apply the state.

Clue E: If you don't go first during the turn the state IS applied.

I'm not going to be using outside scripts for this. I'm only modifying the default rpgmaker scripts.

Answer: The state is still applied when you use the attack. So when you "reapply" the state, it doesn't because it is already there. Then the turn is over, and so goes the state.

Yes. You use an attack, apply the state, the turn ends, and the state goes away. The turn after that you use the attack again, but it doesn't apply the state. You go through that turn without the state being applied, or at least without it having any effect. You can also see that the state icon doesn't show up.

please describe exactly what you want to say with "consecutivly"?


If you mean to say that one state should follow the other after the first one vanishes, then this is not possible and you'll need a script for this. There are already scripts for this available, but a state can only be added by a skill or a skill calling a common event - it cannot be added from another state.


Second tip: test if the state appears if you make it last longer than 1 turn - depending on when a state is added, the turn might be over faster than the next display is updated (which would cause the state be added and be vanished before you can see it).


Because it is also a fact that in unmodified damage formulas, a.add_state does work and has been used dozens of times before.

Are you sure it goes away?
can you show us your skill and state?
Last edited by a moderator: Jul 3, 2014

Are you talking about stacking states? Because there's a script for that.

I made a video to simplify things.

I created a new project in rpgmaker vx ace and changed the Guard skill to target an enemy and apply its guard state using a.add_state. You can see for yourself the effects.

On line 799 of Game_Battler you need to change the order of on_turn_end.

I've been playing around with this and haven't seen it screwing anything up. Please PM me if any problems arise. I can't help with troubleshooting if you're using outside scripts though.

I had one kink. I changed my scripts so that states you gave yourself that could be removed by damage were removed when you used a skill.  I had to remove that feature for this to work perfectly but I got the same effect with common events so I'm happy with this.

I had a simpler idea just now: make the attack remove the state before adding it. This way the state will reset and probably work alright.

That doesn't work. There's technically no state to remove, but the game removed the state after it updated using regenerate and such so when you try to reapply it it doesn't do it because it's not an addable state. Another fix is to change the state_addable definition and delete the !state_removed?(state_id) that tells the game the state isn't addable.

This one seems like it has more potential to be a problem though.

This did fix another problem I ran into with remove by damage. Enemies were getting rid of a remove by damage state but if I used a skill that gave me that state on the same turn that it was removed it wouldn't apply the state. So this may actually be the better fix.


Next time, just report the thread, and ANY moderator will close it for you. If you PM someone, you are waiting for them to come on and read your message, AND hope they can action it straight away, and sometimes there is just so much going on, that PMs like that will just be forgotten.