So, this is something I have been wanting to do for a long while but do not know where to begin implementing it.

In my fantasy world, spell casters can suffer arcane scarring when they over exert themselves. Arcane scarring is a physical mana burn that appears on the character. It can begin as hair turning white, eyes change to purple, and extreme cases the caster's body has purple lightning scarring across their body.

In the Dungeons and Dragons games I use to run, I implemented this when players would use a majority of their spell points in a single go. This was 3.5, so casters could add on silent and still feats to their spells, or double damage, increased range etc to their spells to beef them up. They would then roll on a chart to discover what kind of arcane damage they had suffered and have a save vs death if they had overtaxed their magic pool in a single go. (Their bodies were the conduit for magic and so magic was a reflection of their constitution score/Health Points in RPG Maker.) In a way it was the magic variant of the rule to roll save vs death when the majority of the players health would drop from a single blow. Basically, system shock.

Well, I have been wanting to add this mechanic to my rpg game for years but am uncertain of how to approach it and would love some input/help.

What I brainstormed so far:

*if it drops too low suddenly arcane scarring is possible.

* there is a variable marked arcane scarring. Maybe a counter that determines if between 1-5 minor scarring. 6-10 is major. (Or whatever the scale would be.)

*have it listed somewhere in game, either in character profile or something, what the level of the characters scarring is and what the visable damage is.

Those were the highlights of what I was brainstorming. Any input or assistance would be greatly appreciated to figure out how to implement this so that it is done well. The aim is a strategic tradeoff, I suppose for rpg maker it would be should the player risk casting that higher cost magic spell and risk the mana burn to annhilate the enemy or leave it up to fighter. 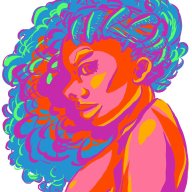 Good ideas all around, I think!

My first question is:

Is this "arcane scarring" damage permanent, or is there a way for the player to bring it back down and/or fades over time? If permanent, I feel like it would be too easy for the character to end up stuck in a situation where they are way too weakened to even be worth fighting with anymore (assuming the damage is progressive with no cap). This might effectively render your spellcasters as disposable resources, and discourage players from using them more than you want... which would, ultimately, make them feel kinda pointless. "If I use them too much, they get weaker. If they get too weak, they aren't useful anymore". So players would see them as having a finite number of expendable "uses" (determined by whatever random chance system you decide on), and then either "use them up" and discard them, or never use them at all which means they might as well not even be there.

On the other hand, if there is a cap to how weak/damaged they can become from arcane scarring, then the interesting factor that goes into deciding whether or not to use/exert the spellcaster would effectively disappear as soon as that cap is reached. This would also just be a less interesting option IMO, as well as still suffering from the same drawbacks as the first option, if not perhaps to a lesser degree.

My personal opinion is that the arcane scarring should have some mechanism to go away somehow. Perhaps the stronger the scarring (like if your chance system determines it's "major" damage), it'll take longer to fade with time than "minor" scarrings. Or perhaps the character needs to do something to lessen and/or remove it, perhaps even just chipping away at it via repeatable actions that they can only do every so often. Maybe praying or getting blessed, consuming some potion, visiting a certain location, or having a certain spell cast on them. Or maybe they just have to rest their spell usage for a little while. Maybe the arcane scarring only starts to fade after they haven't used magic for x amount of time and pauses again (or perhaps even gets worse again) once they cast another spell.

The above could still be frustrating and potentially put a spellcaster effectively out of commission for a while, but at least there is a way to get them back to a useful state again. Maybe them being "out of commission" while trying to magically heal could even be yet another strategic factor playing into the player's decisions. "Would I rather have this guy, or that guy take a vacation from magic for a while?" Also, "If I have to end up using this guy again in the near future, would I be okay with over-exerting him while he's still recovering from this encounter (leading to a potentially worse or longer-lasting effect)? Or should I use a different guy now because I'll probably still be in this fire area before Mr. Ice Mage could fully recover and I'll probably need him for the big boss?"

All that said, I think it's a fun idea! As for the effects of this arcane scarring, I also feel like it should affect both HP and MP, but maybe in stages depending on the severity of the scarring?

Example (with arbitrary "levels" to demonstrate different degrees of scarring):

Just as some ideas

Good luck with this!

Thank you for replying @Ratatattat. To answer some questions, there would be a cap on the penalties. As you said if it kept going the actor would become useless over time. When I use to run D&D games my players rarely ever needed the mechanic so I didn't fully get to explore it. The idea was that the scarring was suppose to be something permanent for roleplay purposes. The game also focused on the concept that casters could/would and did wear themselves down and could die from too much use. I had some non-playable characters that had seen war that were arcane scarred and honorably discharged for their services. They could still cast, but had those penalities. I was wanting to revisit these npcs by introducing a recruitable actor to the players party in my rpg game with these problems. He is powerful but has these drawbacks.

That said, I do love your suggestion that it can go away over time but could take awhile. Reading that reminded me of the old game Betrayal at Krondor. There was a severe state the player could receive that was called Near Death. (I think). The player acquired it if the actor was knocked out during combat. The only way to get rid of it was by resting for weeks/months? in-game.

I am thinking I could set this arcane scarring up in a similar fashion. For each stage the caster could receive a penalty that morphs into the next stage if the caster doesn't rest. At the third and final penalty it is hard to get rid it without lots of rest.

Hm. I think I am going to have to revisit some state stacking plugins.

Hm, been teasing out how to create this state and I am a little stuck. How do I check for Actor MP during combat? I see there are battle conditions for Actor HP if below X%, but I do not know how to do the MP.

I am setting up a Common Event that runs this process to check for Arcane Scarring on actors. How would I write the script inside a conditional branch to check an Actor's MP if it is at X%, say 25% in combat?

The function you are looking for is actor.mpRate(). This will return 0.25 if the actor is at 25% of their max MP. The tricky part is probably how to get the actor's reference in your common event. How exactly are you running the common event? If you simply want to check the mp rate of an actor with a fixed id, you can use the following in the script option of a conditional branch (replace actorId with the actual id):

Thank you for the code, @eomereolsson. I will test it out later. I do not have access to the game yet.

Oh! How is the common event written? It is pretty simple so far. I have a variable that stores the actor's mp. Below that is a conditional branch that checks if the actors mp is at 50 or below, and if so it applies the arcane scarred state. So far it was just a test run to see if I can get it going. I wanted to flush it out where the conditional branch checks if actor is at 25% of mp, not a static number like 50 because 25% of mp pool cpuld differ for each caster. The conditional branch will also check at lower mp levels, say 10% and maybe 5%? And apply the increasing penalty states.

The problem is too that I can get this to work on the map but have no idea how to do it in battle yet. Do I just go to every combat conditions page and have it call on the common event?

If you do go the route of doing this via events I recommend something like this plugin:

Also I have read somewhere that it is not recommended to call a parallel common event. So you may need two versions of the same event.

Thank you for that link to Yanflys plugin. I'll look into that. Oh! I had not heard that gem of wisdom before. I wonder why it's bad? As in why is it worse than a parallel event. I am unable ro grasp that.

If not via events and common events, what would you suggest, @eomereolsson?

My gut reaction was to use Yanfly's Skill Core notetags. However these would need to be copy pasted into every single skill that uses mp. So maybe an approach with the base troop event is actually better.

I think the advice had to do with potential errors that could occur when using an event command to call a common event that is also running as a parallel common event. I have not confirmed this, as I was never in a situation where I wanted to do this in the first place.
You must log in or register to reply here.
Share:
Facebook Twitter Reddit Pinterest Tumblr WhatsApp Email Share Link