Are there any 3 party member menu layout scripts? 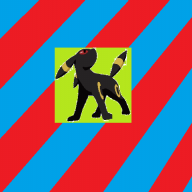 The title basically says it all. I'm searching for a kind of script that only displays room on the status part of the menu for 3 party members, and while not a necessity if the menu was centered that'd be pretty cool too. I've done a lot of digging, but it seems like people are more interested in 1 player menus or menus meant for 4 players.

I was able to find something that shows EXACTLY what I wanted. http://sumrndm.site/ams-final-fantasy-7/ This plugin only gives room for 3 party members like requested. Unfortunately, there is just one problem, and I'm sure you can already figure out what it is: It's MV, whereas I am on VX Ace. I decided to try and look for something similar for VX Ace, and I got close. Someone named cozziekuns made a script for this too, but this time it was on VX. To my knowledge, I can't find a script that's for VX Ace, and I'm not sure what to do at this point.

I've considered the idea of using Yanfly's Party Sized Menu(link here https://yanflychannel.wordpress.com/rmvxa/menu-scripts/ace-menu-engine/party-sized-menu/), but when setting it to 3 party members it leaves behind a small space between the third party member and the edge of the screen(shown by one of the screenshots) which I really don't like.

Edit: Actually, please disregard this post as I unfortunately misread your engine. If any mods could delete this, that would be nice.

If you have MV from Steam, you will have access to a DLC folder where under KadokawaPlugins you can find AltMenuScreen2 and 3. These can be adjusted in plugin parameters to only display three characters.

They're both kind of custom image-reliant though, as both have transparent backgrounds but you can add in an image file to become the BG. AltMenuScreen2 uses the character facesets, while 3 is able to use custom images for each actor. Personally, I find that the third one has a cleaner layout for three actors. 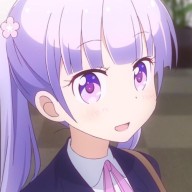 Adjusting the menu is not too difficult if what you're looking for is basically the default.
Try this

YOOOOOOOO Roninator2 you have managed to do it again with your scripts, I was able to get exactly what I wanted with a little bit of adjusting on the (fittingly marked) Adjust line. Thank you so much!!

And thank you to everyone else for trying to help. I think I've actually also tried Srd's menu editor(searching it up leads me to someone named etude87 so I assume you are referring to them), but when trying to keep it to 3 party members only it also gave the space at the bottom issue the Party Sized Menu script did, so that was also a no go).
You must log in or register to reply here.
Share:
Facebook Twitter Reddit Pinterest Tumblr WhatsApp Email Share Link