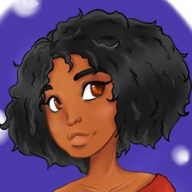 “The deal is simple, a life for a life.”

It is all just a game until it isn’t. Something that your young protagonist will soon learn as she delves into the mysterious world of Ariya, lured by the promise of mystery and adventure by the elusive man known only to her as Relic. The world as she knows it is about to change, as she is trapped inside a game full of hostile enemies and ravenous monsters ready to end her playthrough, permanently.

Ariya Remastered is an RPG exploration-based mystery/adventure game where the player must navigate the world by solving puzzles. As the main character, you explore the world of Ariya making use of items you find along the way and doing what you must to survive in this new world.

This is the first chapter following the Mai’s story, where she is thrust into a world of unfamiliar surroundings and forced to content with a madman and his ungodly creations and mysterious young woman who’s not all that she seems.

Ariya takes place in an alternate world that mirrors our own and later a game world mysteriously gifted from an online forum. The setting is mostly fantasy with intervals of modern-day setting. Navigate both worlds in order to secure your soul while choosing to save or condemn those around you.

This version is only a demo. I’m looking for feedback to improve gameplay and am open to constructive criticism concerning game mechanics, game logic and story progression.

It is recommended that you save often, as there are many chances to die in this game.

Mai (name change optional) is a young woman in college, just about to start her summer vacation off with a new apartment and a massive collection of videogames to play. A much-needed distraction from her everyday life and pathetic excuse for a relationship. Content to play she comes across a new game that throws her life in the balance. Now she must struggle for survival as the clock ticks down, marking the end of her “second chance”.
Plugins:

ImaginaryVillain
No water this time, just trying for a majestic cliffside... The cave snuck in because I liked it. Now I guess I need a mini cave map or "secret" for it.
33 minutes ago •••