RMMV Aryen - a tale of a hero

Looking forward to this game.

Very much looks like a good game. I wish you all the luck. Take your time so your demo has a great impact, I made many mistakes on mine.

Almost all enemy sprites has been edited.
Skeleton - After and Before 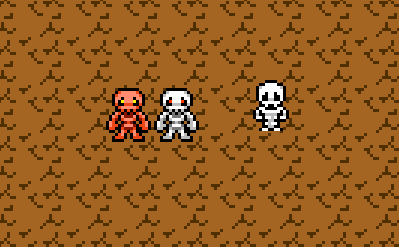 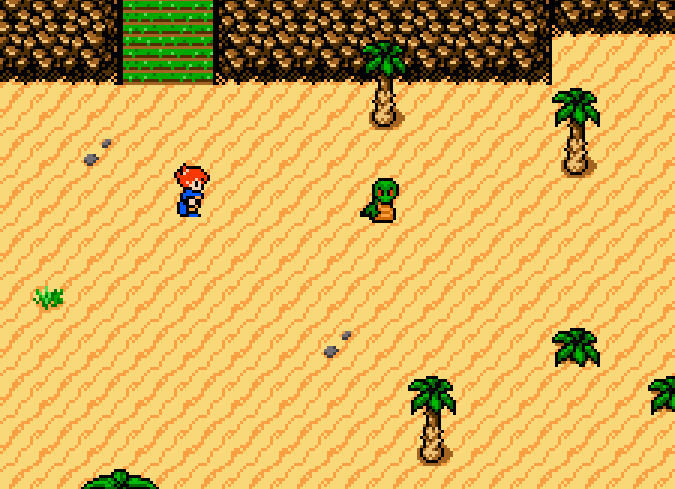 More maps made - see under 'pictures'
I've been working hard on the combat, I've been able to make them more difficult by giving the enemies magic abilities etc.

Here's a small video of the combat.

UPDATE: Hi all!
As mentioned the game is delayed but I'm still working hard on it.

I've finished some maps and worked on some cutscenes. The story has changed a bit...but the main idea remains the same.

I've worked mostly on the maps and redone some of them as I have improved a lot on map making since I started working on this game.

Lurel Village - the first village you will see in the game. It's a beach village with a couple hills, this being one of them. There's a bigger one to the right where there's a shop and more. You will have to travel by boat to get to the different areas in the village.

I will finish this map today. 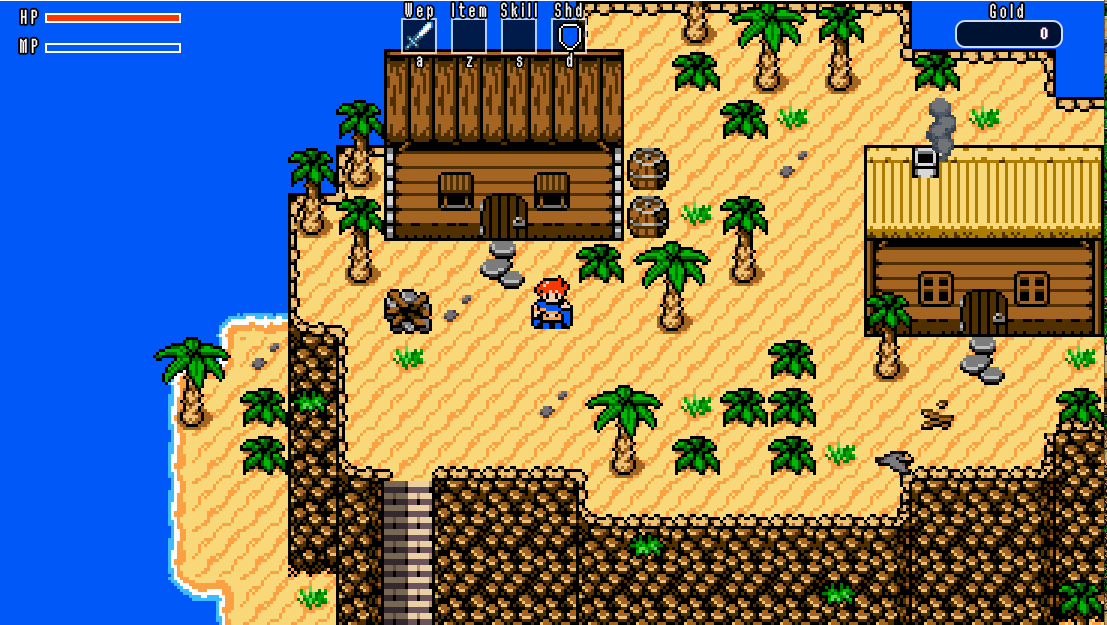 Have had some custom monster sprites as well. Here's one of the slimes you will fight in the game. Sorry about the quality for this picture. 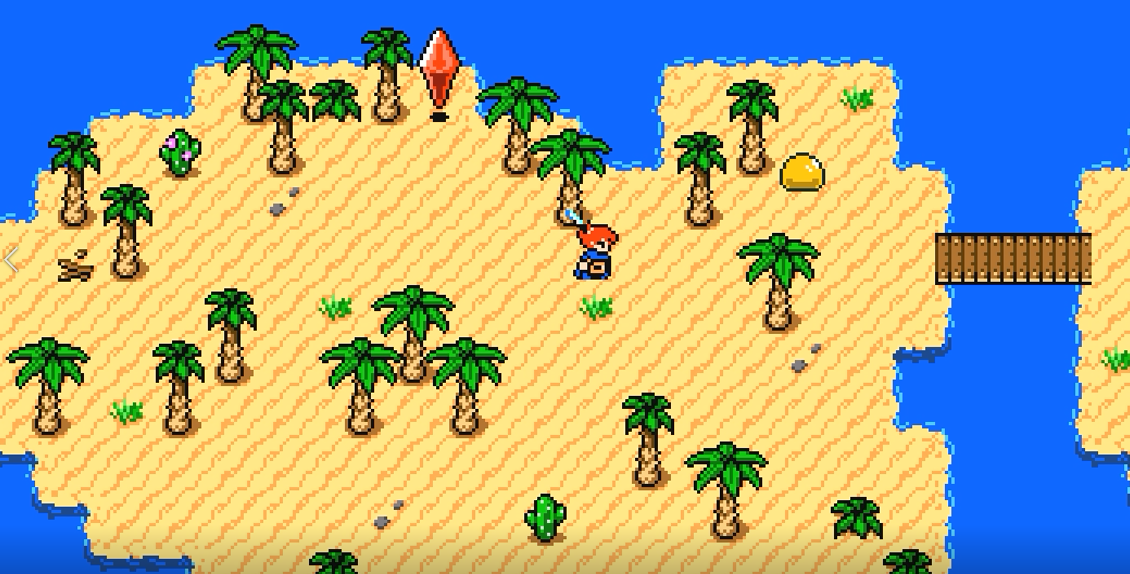 I've had some custom tiles made too, which brings more life to the game and some extra sprites too, among birds and butterflies.

Then a custom plugin has been made by the amazing Eli - a info menu which will works as codex. You will find information about the world and how the controls work. Actually two have been made by Eli...I also had a moving platform plugin made. So moving platforms will be in the game.

As I said, I'm still working hard on the game and I'm sad that it has been delayed for so long but I've dealt with personal things and lost some maps and events in the game a while back so it was hard to get back into it. However, I'm fully back into it now and I will try to finish the demo as soon as I can 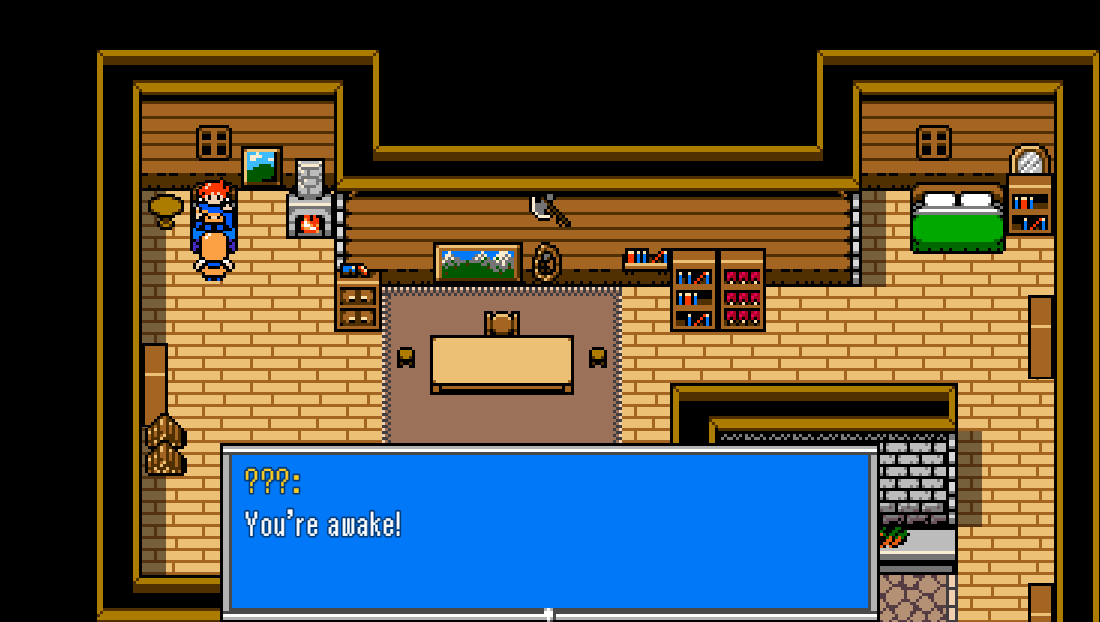 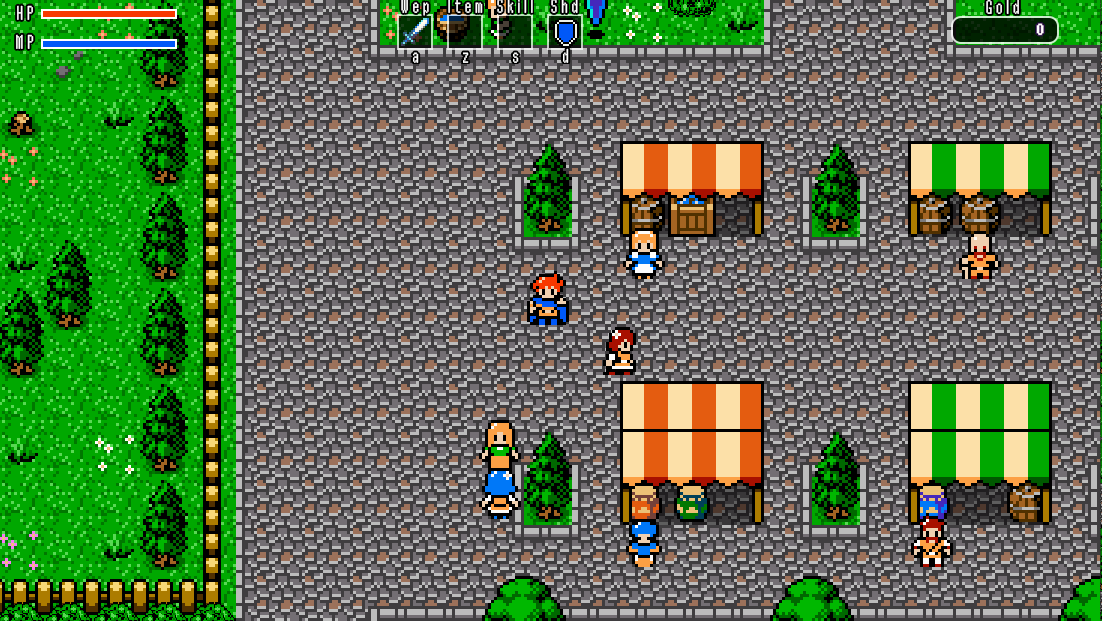 Everything looks so cute and sweet!

@awkaiyoki For some reason I didn't get the notification, but thanks! You're right, I rather want to take my time with it. I'm sorry to hear that. 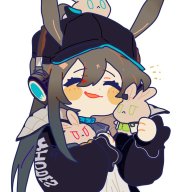 Aw sorry that you lost your work, it's always hard when that happens. But you are doing good it looks super cute can't wait to play iiit!

@Mushi Yes, it was very unfortunate...I learned the lesson and now take backups often. Thank you so much!

This game looks beautiful. I hope I can play a demo soon.

Thank you, I'm working hard on the demo. I'll post in here when I'm closer to a date for its release