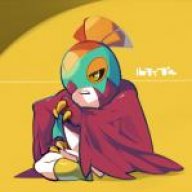 Assassin's Greed follows the life of Amphora, an intelligent, street-smart thief who follows one rule: survive. Amphora lives in a world of bedlam, fighting for survival by stealing from stores and then having to flee away from the guards so that she can live to see another day. Life for Amphora is rough, and there is no end to the repetitive cycle of steal, eat, and sleep. The drive of survival is rough, but when guard numbers pile up and escaping from death has proved to become more threatening to her well-being, Amphora must set out to find a new source of food and shelter to survive in the slums, without burden of the past unethical, immoral crimes she has had to commit to survive.
The formula behind Assassin's Greed is based off of Maslow's hierarchy of needs. There are (hopefully to be) 5 chapters in the game (see "Features"), each representing one of the five stages of the needs pyramid.

"Maslow subsequently extended the idea to include his observations of humans' innate curiosity. His theories parallel many other theories of human developmental psychology, some of which focus on describing the stages of growth in humans. Maslow used the terms Physiological, Safety, Belongingness and Love, Esteem, and Self-Actualization needs to describe the pattern that human motivations generally move through."

Each chapter represents the deterioration of each level of need in Amphora as she tries to survive, breaking her down to her basic psychological needs and ultimate need for survival to even stand a chance at surviving her final trial.

The world of Assassin's Greed is without a name. There is no real need to know the name as you fight for your life in a series of unfortunate events that encompass your very being. But you must know where you are to survive. May it be in a wretched graveyard, littered with the occasional undead and patrolling night guards. Or a castle of abeyance that leaves nothing behind but an amazing fortune that can relieve you of a life of crime, presenting a new life on a silver platter. But times may be tough to survive in a cold, dark wilderness, as the wolves track down your very scent to feast upon your very flesh. You could also be stalked by two psychopathic hunters in an abandoned cabin and into a hollow cavern, that leads to a seemingly abandoned asylum that the mentally ill still scream from into the frigid, winter night. All of this is hypothetical of course, but what if you had to survive against these brutal trials just to taste the cold sliver of air down your throat one more time?
[IMG]http://i43.tinypic.com/14scfb9.png[/IMG]

-100% evented stealth system. Literally the whole game minus aesthetics is evented. This includes all "Thief Tools", enemies, etc.-Multitude of enemies, and even boss enemies, from guards and wolves to gayzers and "Schizomals".

-Hazards that can give away your secrecy in the night. Wine bottles, cracked floors, tripping over furniture, or ear-numbing, obvious explosions.

-No combat system to defend yourself. You must rely on your wits, accuracy, and timing to be able to survive the horrors that you will face.

-Featuring songs by the "Sinister Hollows" and "Inspiration" packs here on rpgmakerweb!

-A set of 7 "Thief Tools" that give a strategic replacement for combat.

-Spark Pellets: Stuns guards in place for 3 seconds when thrown on contact.

-Throwing Knives: Incapacitate guards for 5 seconds when thrown on contact.

-Forget-Me-Now: Erases the memory of all guards so that they revert back to "Calm Mode".

-Grasper Gloves: Allows the user to climb up ropes, vines, etc. with ease to avoid guards and to traverse higher areas.

-Bashful Boots: Lowers the chance of random noise makers occurring and cancels out some completely.

PKDarmstr0ng: Literally making the entirety of the game itself.

My mom is literally making me credit her for conceiving me *shades face away; laughter ensues* (jokes on her, I'm adopted).

Nicke (Variable HUD)
Make sure you have read the Early Project Feedback Rules and refer to it when making constructive criticism, please! It benefits me very much and lets you vent on how bad the game is more effectively!
Last edited by a moderator: Nov 24, 2013

This looks like a very fun game! The mechanics sound like they will be easy to learn but hard to master. I'm very impressed that you've evented a stealth system, along with a plethora of stealth tools.

It'll be interesting to see how you use Maslow's hierarchy of needs to create the theme for each chapter.

Do you plan on releasing a demo in the future?

The stealth system took me a month or two to formulate. It's pretty much just making Player's X and Y equalized into a variable and the enemy's X and Y into a variable corresponding to it. Much easier said than done, however. haha

The tools definitely took the longest, not with just brainstorming ways for the player to defend themselves without combat, but also how to get them to work. But checking out any RPG Maker 2k3 tutorials really helped out a lot!

In a nutshell, I'm very thankful for the algebra VXAce lets you utilize! Very handy if you know what to do with it.

And yes, there will be a demo in the future. I'm planning to apply to DigiPen Institute of Technology next year, and this is a game I'm using to apply with in assistance to my application.

It certainly looks like the tools will be worth the amount of effort you've put into making them work. The grappling hook sounds like a lot of fun to use. There's all sorts of interesting puzzles and situations you could use such a tool in. Does the player need to utilise all of their tools in order to overcome the boss encounters you mentioned?

All the best with your application, I hope you're accepted into the college.

I look forward to future updates on this project. It's definitely something I'd enjoy playing.
Last edited by a moderator: Nov 24, 2013

Lol I read the title and immediately that song "Started from the bottom" by Drake popped into my head from the freaking Assassin's Creed: Black Flag commercial.