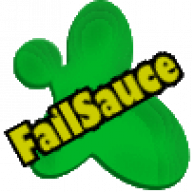 ( Warnings: There are some suggestive materials, some salty language, and too many puns. )
​
In a game world built around manga-type fantasies, there are social and political ramifications. Nations could not thrive in a world where there is a gender imbalance of numbers. Not all outlooks would coincide with one another, wars will happen. Some states may even treat the reduced populace of one gender as a natural resource. Recurring conflicts would be the only natural result. Should that imbalance span multiple generations, fantasy gives way to a harsh reality. And that is only the demi-humans...

From classic anime titles like All Purpose Cultural Cat Girl Nuku Nuku, Girls Bravo, Infinite Stratos, or Everyday Life with Monster Girls - it’s hard to miss the anthropomorphic and harem story in anime, manga, or even general fantasy. In fact, these types of stories are within their own sub-genre; they’re usually light-hearted, fun, and filled with humor. The problem with the genre is the games; they’re mostly, well, a ta-ta-fest, smut, or a title that gets hidden under the bed. The video game take on the genre has more bounce than a truck-load of tennis balls.

This is where Aurora Magica is a little bit different. You can have a monster-girl-harem story, you can have a game, and you don’t have to send your room-mate away to have it. Innuendo? Sure. A little salty language? Fine, but only a little. More jiggle than a French night-club? Nope, that’s not going to happen here. In the world of Aurora Magica, it’s not about that; it’s about a world in which society suffers from the fallout of demi-humans being all female. 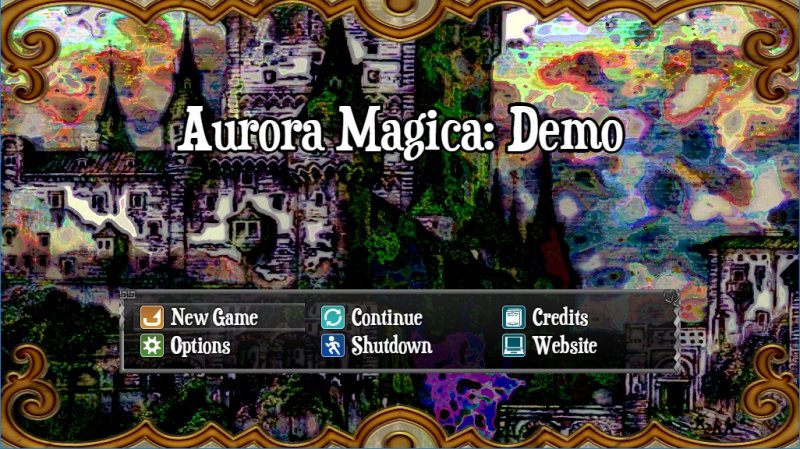 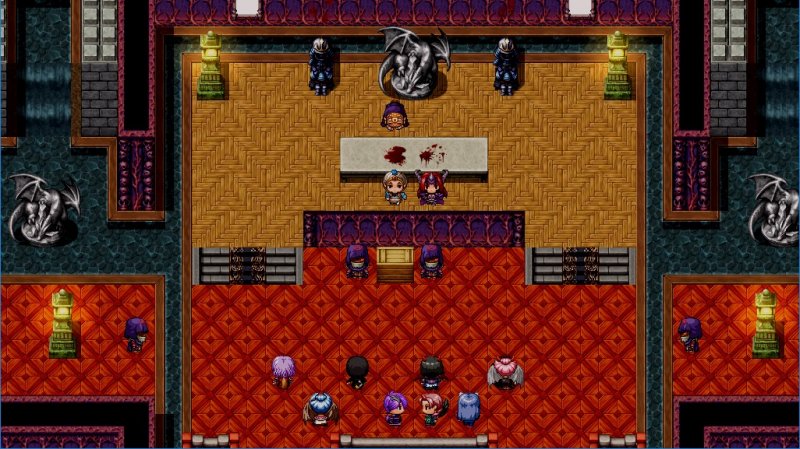 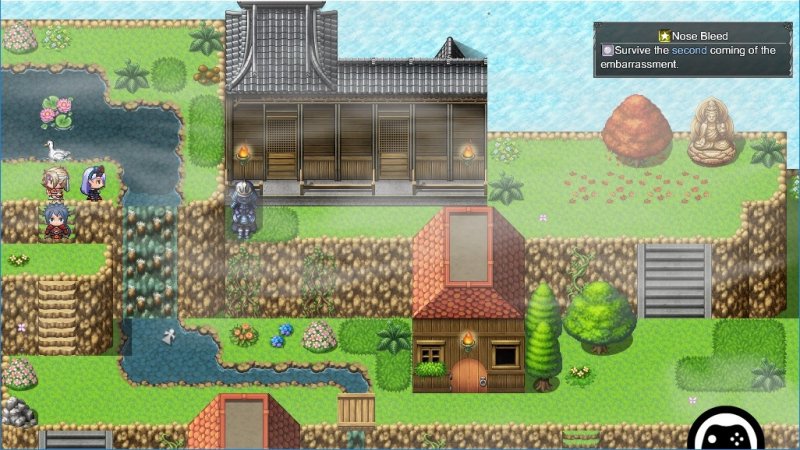 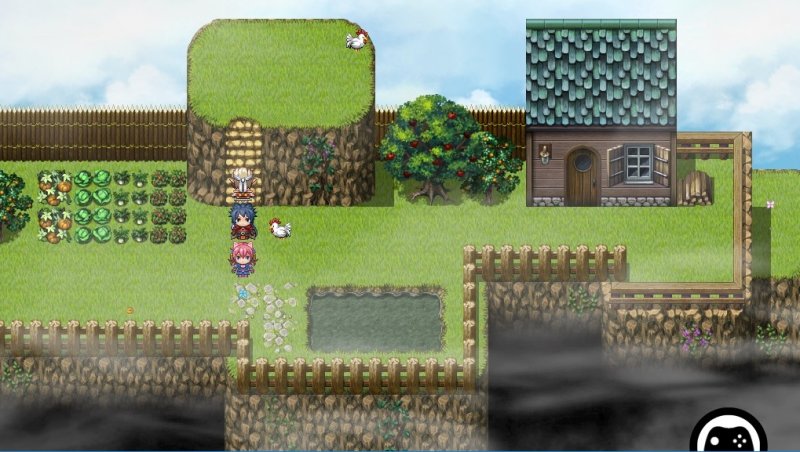 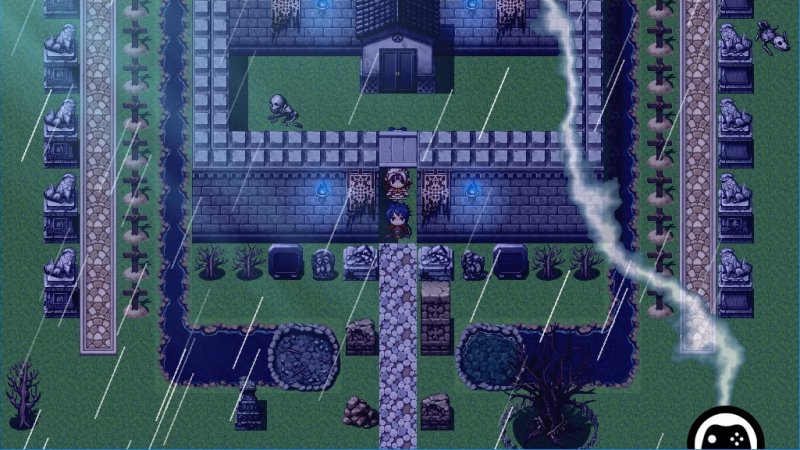 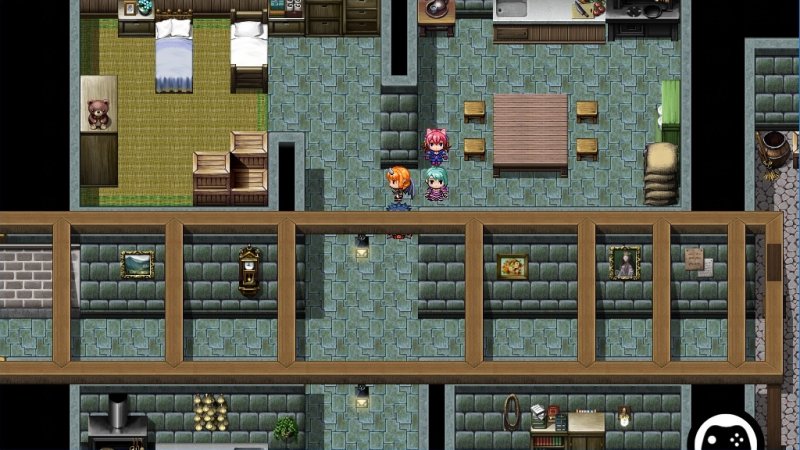 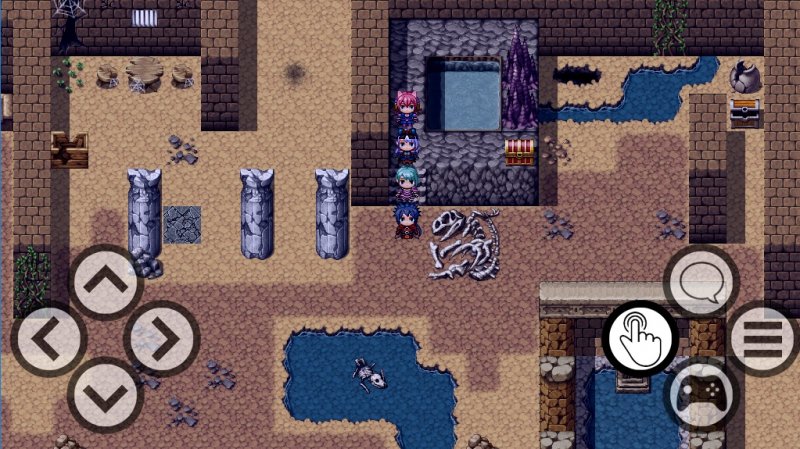 A custom RTP edit I did myself for an ongoing gag, Mahrope (the tsundere trope) hates slimes! However, Miss Binky the pink slime has other ideas!

(Please note: if you would like to use the pink slime for your own project you MUST own RPGMaker MV, and credit Kadokawa. If you want to throw a nod at me "Failsauce," it is appreciated but not necessary -- it's a simple recolor and edit.)
​

SECTION B: The Cast

The list for people who love to hate tropes:

In Aurora Magica, the protagonist, Varek, is an aspiring Relic Hunter, a crown sanctioned adventurer. A position that allows him free travel, good pay, and a little courtly sway. In return, he clears nests of monsters, helps to protect villages, and will occasionally perform courier duties. Usually, this is an enviable position within the Kingdom of Kode, but it's a job that just became a little more dangerous.

Recently, one of the demi-human countries, The Zidrian Empire, has taken a new aggressive approach to the problem of needing human males to maintain a sustainable population. Any human male outside of the defensible borders of Kode Kingdom is at risk of capture and enslavement. The other demi-human country is in worse shape, as the Zidrians will openly raid their towns and villages.

This conflict is continuously escalating, and soon the two beast nations will be in open war with one another. Varek's country has tried to remain neutral, and has maintained a peace treaty with the two beast nations. A faction within The Zidrian Empire is pushing to utilize ancient spells to defeat their enemies. These SMDs, Spells of Mass Destruction, are a global threat, and it doesn't take long for Varek and his band of misfits to be drawn into world events.

How will Varek fare as a royal adventurer in a world that has a target on his back?

Section D: DOWNLOAD LINKS
Please note that the credits are currently split between the included "Readme" files and on the credit page in the game. If you spot a missing credit between the two file locations, please let me know. I am a horrible artist, and I want to make sure that I'm giving proper credit!


Also, note that each demo is a snapshot of a work in progress, and may not be 100% accurate in representing the final production.

Section E: Extra Credits
The list of extra credit for all the content creators here on RMW. Just an extra tip of the hat to the people that are helping so many of us learn the art of game-crafting!

Plugin Creators:
Yanfly Engines (Yanfly for president!), SMRNDMDDE (Some Random Dude, seriously look him up on Youtube, his plugins are great; his tutorials are indispensable.), Terrax's Lighting.
Last edited: May 11, 2018

Has anyone tried this??

I can say some people have downloaded the demo, and someone on RMN did a short review. I did my best to make it enjoyable with my limited skill-set, and am still working on a full game (nearly every day something is added, changed, fixed, or redone).

I do apologize that I'm not terribly vocal about my project, but even when I have a question -- it's been asked before and the answer is usually already in the forums somewhere. I have some friends who are alpha-testing as I go along to help me find and stomp on bugs too, so I've not had to share my "weekly build" yet.