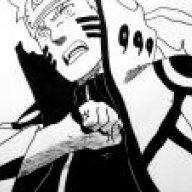 
~Legacy of the Reaper~

Introduction of the story :


The plot starts 65 Million Years ago on a space ship that tries an experiment to replicate the genes of an unknown species of aliens who posses some kind of "magic" . The experiment almost go wrong but they manage to correct the errors and successfully replicate their genes. Unfortunately they can't use the genes on them self because the gene need almost 10 thousand years of evolution to be awaken so they search for a planet with fauna in nearby and of course they use a new discovered planet on a galaxy 2 Billion Years away , Earth !

On Earth the genes are found by a gorilla who get's injected by spores and then run away and infest his kind triggering the evolution of a new species now as Humans !

After 10 thousand years, it's year 2016 and the genes finally starts to awake , at first people are afraid and confuse but they manage to understand it and call it magic , "a gift from God".


Then our first character appears on a graveyard after 2 Years of training in magic it's year 2018 now , he is on his way of his natal village where it was a slaughter! He swear on his friend's grave that he will avenge them , a man who got a name on his journey , he is now called the "Grim Reaper".

From now on our character named "Florin", starts his journey to make a legendary guild, in his way he will find a lot of friend and foes ! This is the tale of the Zephyr Guild !


-Magic can be learned by using books


-Strong pets that can be found in wild or tamed by a Beast Master.


-You can summon dead corpses or skeletons using a Necromancer.


-Newspaper system (to know what happens in other maps at that time)[v1.1]

You will find it in this version

You will find it in a future version

Added on this version