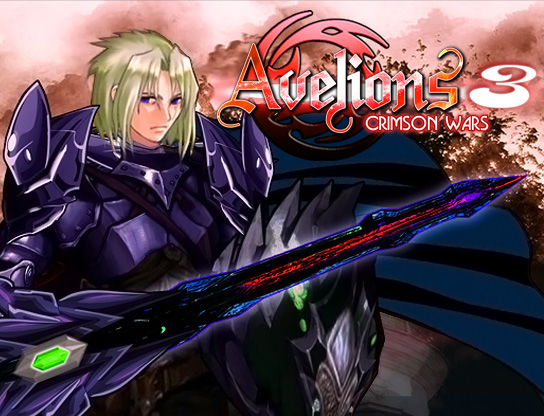 In the year 779 MA, a hundred knights where chosen to go on a dangerous mission by the Epsylian Council. The mission, led by an Aelther Warlord code-named "Neptune", was to occupy, a camp of Looset Empire. This particular camp was a threat to the southern territories controlled by the Kingdoms Alliance.

It is generally believed that this raid had one survivor. It was Neptune, who actually betrayed the others in the raid, but used the incident for personal gain. Alcein was one of the knights sent by the Council under the command of Neptune. He saw, first-hand, Neptune's betrayal. His faith shattered, he soon found himself wandering between the the worlds of the living and the dead.

He was revived by a demon, and made more powerful with three other souls living in his body. With his new-found power, he returns in a glorious blaze, slaying thousands, and claimed a title in his own right. Of course, the demon that revived Alcein made a contract with him, and is fully expecting to be paid when the contract is up. Will Alcein's thirst for vengeance spark another war?

Is there any way he can make peace with himself before his contract is up?

Alcein is a young Elite Knight who died and came back to life with a great power to win the war in the Death Valley, this event gives him the reputation and nobility at once. Lucia, Demon of the Judgement Gate, grants him a second chance to live through the Black Contract to put four "full hatred" souls into Alcein's dead body.
But to this demonic contract, now Alcein and the other 3 souls are one, he's able to morph in between souls. Alcein is the weakest one among them and yet he gains more fame in the battle due to Alcein's face.
Auvrelyn deiz Selishandrei
+++ Title : Red Wyvern
+++ Class : Champion
+++ Age : 25 years old
+++ Personality : Calm, trusted leader

One of the best fighters in Arsei Kingdom. She's mastering the technique of the Seven Swords and almost never defeated by anyone. Although she's a woman, Auvrelyn is the mentor of hundreds Arsei Elite Knights. She's a firm person and very disciplined in carrying out her duties. There are several witnesses said that Auvrelyn is the only person who ever killed a dragon using bare hands.

An alter ego of Alcein, Einhazar was a dead veteran assassin in Nouma Empire, his soul traveled around the Jugement Gate and managed to spiritually invade into Alcein's body during the Black Contract process and able to share his personality with Alcein, which appears only when Alcein let him out.
Einhazar is a cold and heartless man in every acts, he's rather skilled in assassination. He has self-imposed mission to fight all Aelther Warlords in the continent and find the one who had killed him in the Tower of Rebirth several years ago.

The third soul in Alcein's body, he possesses incredible physical strength which is demonstrated when he seriously injures a Dragon with only one strike. Before he dies, Balcard is a naive barbarian who protect the Dark Dragon Temple, he's extremely gullible like a little kid and overconfident with his abilities. Alongside with the other souls, he holds a grudge against Aelther Warlords.

Feior comes from Yuai Family, a famous bloodline in Archery Skills. He has also been noted to in fact be rather skilled when it comes to women. He's an intellectual and prefers to resolve matter with his mind over brute force. He enjoys fanciness and can be very polite to everyone. Feior is the last soul that enpowered Alcein to become the Soul Fusion Knight under the Black Contract.

He's a noble Knight, second in command of the House Dalradvent. Oswaldur confronts Alcein everytime an Aelther Warlord get attacked. The two engage in a deadly fight, Oswaldur defeated Alcein and spare his life, he says that Alcein's act may bring chaos to the Kingdoms Alliance, it might trigger another war, the second Crimson War.

The true form of the mythical entities called Lumina. She's the spirit of the fallen Fairy that put an end to humanity ( First Human race ) thousands years ago. Now she's living in Juheimhen Dimens as the Demon of the Judgement Gate, to bring human souls and send them to the Hell. She can't enter the Sheidh World without a "perfect" vessel as her body.
​
+FEATURES+

+ 8~10 HOURS OF GAMEPLAY
+ ACTION BATTLE SYSTEM, it's XAS ABS
+ 4 PLAYABLE "SOUL SHIFT" CHARACTERS with their unique "Dungeon Skills"
+ 13 SUB-CLASS to choose, from melee, magic to hybrid class is yours.
+ SKILLS CRAFTING, collect the Magic Stones to create your own skills.
+ BATTLE OF MEDALLIONS Mini Game, challenge the NPC with your collected Monster Medallions.
+ UPGRADE WEAPONS AND ARMORS, refine it and enhance it! 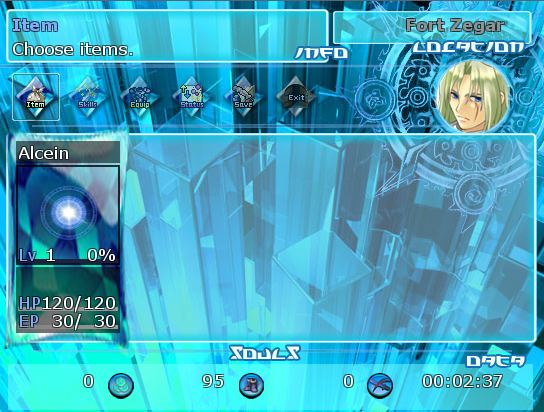 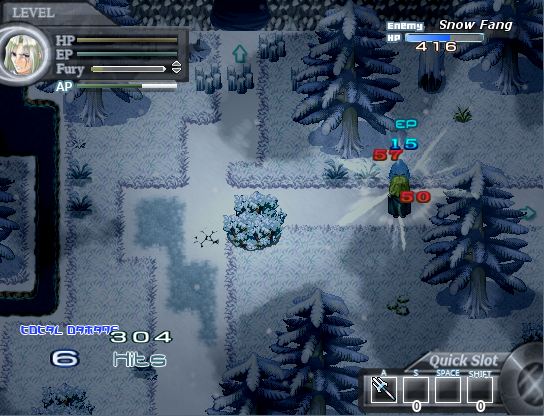 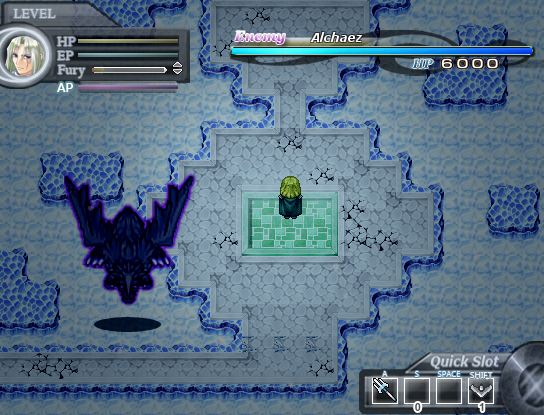 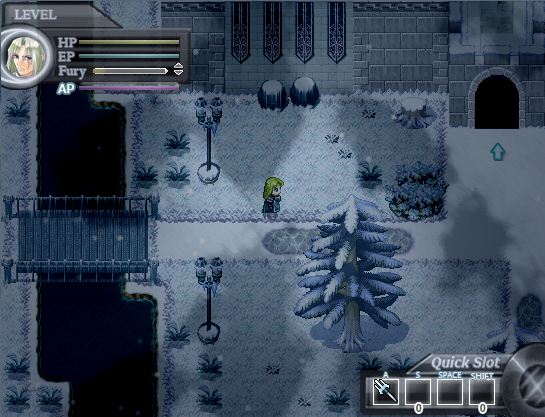 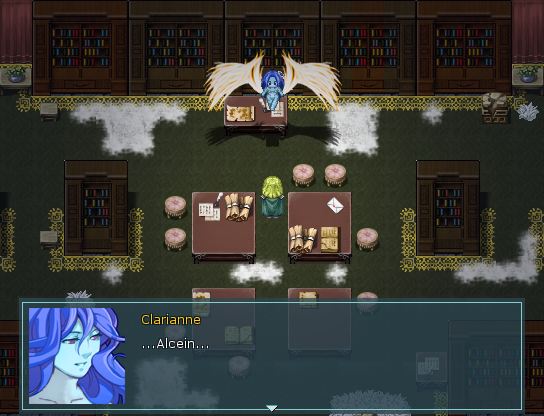 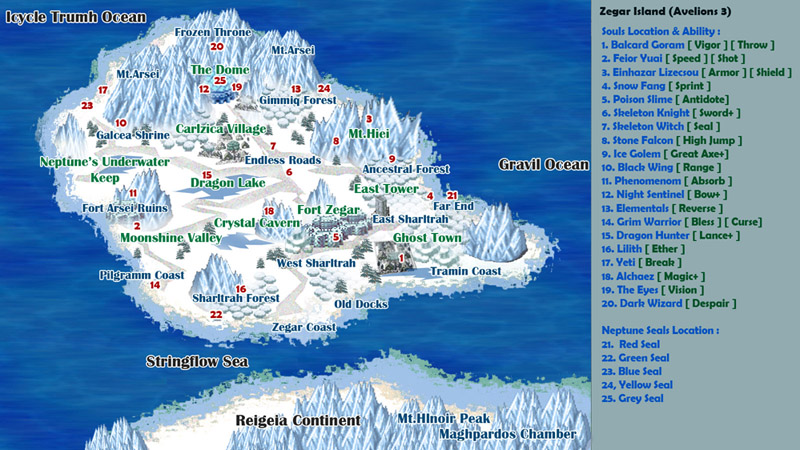 Here's the first 5 minutes of the game, more opening scenes will be added later, as for now,


I just want to give a preview for the gameplay.(Using XAS ABS)

A new video will be uploaded soon~
Last edited by a moderator: Jul 3, 2016 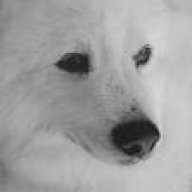 Nice, I'll give it a try. How long is the demo?

Nagasari said:
Nice, I'll give it a try. How long is the demo?
Click to expand...

Hello, yes go grab it. I was fairly certain it's one hour, more or less.


you can play til the 1st boss fight. Mostly for new opening scene,


new HUD and how the game mechanic is working. Thanks for feedback,


(I saw your feedback in 4Disaster too. thanks friend.)

I have made a lot of improvements, also some major fixes,
(Invisible chests, map errors, pathing, grammar, etc
Mostly from RTP issue since all of my games don't need RTP/RPG maker
installation on your computer.Enjoy.
Last edited: Sep 3, 2018

cradth said:
Hello, yes go grab it. I was fairly certain it's one hour, more or less.


you can play til the 1st boss fight. Mostly for new opening scene,


new HUD and how the game mechanic is working. Thanks for feedback,


(I saw your feedback in 4Disaster too. thanks friend.)
Click to expand...

Can you provide a walkthrough? or PM me. I was stuck in the first map.

Nagasari said:
Can you provide a walkthrough? or PM me. I was stuck in the first map.
Click to expand...

Sorry, but there's a major bug in the first release,


As for walktru, I fear I can't provide any, but


you can watch my channel on youtube, there are


Part1-Part2 videos for this game. Or you can ask me


anything about the game in this thread. Have fun^^

You can see the differences in the part 2,


are graphically missing, so that you can't advance


in any way. Sorry for inconvenience. 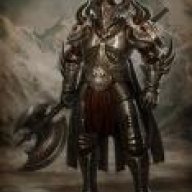 hey I played the demo,, found a skill glitch, pathing, etc but so far it's neat and looks promising,,,the demo is too short tho IMO. keep it up.

Century2Knight said:
hey I played the demo,, found a skill glitch, pathing, etc but so far it's neat and looks promising,,,the demo is too short tho IMO. keep it up.
Click to expand...

sorry for late reply, yes, as I mentioed before,


it's around 30min to 1hour. this game will be a fast paced story wise


(lacking in writing skill here). I would loveany feedback from you tho.

@CenturionKnight, I can't find any skill glitch, would you mind give me a detail?

When I press A&S at the same time for a limitbreak,


the character is kinda stuck or freeze.


Could you tell me the code in the Library?

Century2Knight said:
When I press A&S at the same time for a limitbreak,


the character is kinda stuck or freeze.


Could you tell me the code in the Library?
Click to expand...

Hmm...? I fixed that issue in the last demo.


what version you played btw?

cradth said:
Hmm...? I fixed that issue in the last demo.

the last one. the code pls? you should provide a hint. I can't find anything.

Century2Knight said:
the last one. the code pls? you should provide a hint. I can't find anything.
Click to expand...

Ok, I'll check it out asap. there's a possibility since I released the demo in rush.
I have to admit that it's decent and too short like you said, at least compare to others. you can find the hint on the wall above the bookshelves.
Last edited: Sep 3, 2018

It's been a while. Just an early announcement.
The Full version of this game will be released on Nov 2018,
together with Avelions 5 Demo. I'll upload a video for this game
and create a new thread for av2 and av5.
Last edited: Sep 3, 2018
You must log in or register to reply here.
Share:
Facebook Twitter Reddit Pinterest Tumblr WhatsApp Email Link