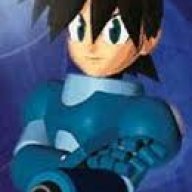 ​
I already slept for few hours, but somhow I am again awake since over two hours.​
Today I have again some food for you. Some of them or similar things were made by me yet, but especially the donuts needed a new try, the old ones just didn't look tasty enough And my old chocolate was the closest I could get to chocolate back then, I wanted actually a full bar but failed. Well, luckily I can handle this now way better^^​
The walnut was a must have, I love shading nuts and similar things and I also like walnuts. Walnut Icecream is my favourite in summer and I love also noodles with walnut sauce (ever eat this? it is awesome!)​
​
Have you already baked your christmas cookies? Which are your favourite ones?​

Gee I was away from home at work and here is what I lost! Three exceptional releases!

Here is some feedback on these!

+ - up and down are honestly really useful.
The shield is really exceptional work.
And the female wizard hat too.

Is that the inner of a walnut?  You nailed it!!!
Chockolate? Please have mercy I'm on a diet!!!
Ice cream anyone? I almost ate my screen.
And then... digital donuts happened.
I think I will have a nightmare about evil donuts spitting sugar all over me.


Avery said:
​
Have you already baked your christmas cookies? Which are your favourite ones?​
Click to expand...

Finikia ( φοινίκια ) or mostly known as melomakarona ( μελομακάρονα ) is my favorite Christmas cookie.
It is really traditional. It's everywhere and it has thousands of variations and improvisations.

First of the word itself:

so "melomakarona sounds as honey-spaghetti but it isn't as creepy as they sound.
It is like cookies dipped in syrup, with almonds sprinkled around them.
You might include various ingredients to give different flavor to them, from some orange juice to original fine cognac.

In fact melomakarona and "koorabyedes" - κουραμπιέδες translates as sugared buns, are the traditional cookies for Christmas in Greece.

I made gingerbread cookies for my family a week ago (they were... slightly overcooked, but still really good),

but im gonna make them again with some friends

​
​
Whooooo! We are so close to the end °-°​
Here I have a last equipment day for you, including this stylish green-black weapons and armor.​
I had no specific hero who could use this in mind, I just wanted something with a greenish metal and it turned out like that^^​
​
Since tomorrow will include something slightly different, what was your all over favourite day?​
(You can find the list of the days in the OP, including liks to the posts)​

My lovely and amazing wife is making my faves as I write this, egg nog snickerdoodles and peanut butter with Hershey's kisses.

Day 18, because that's the day I came here by the event. BD

I can decide between the modular rings and the big icons. I had a lot of fun making the rings, but the detail on the big icons was just amazing.

Day 4, It might seem too predictable to say but its just cool being able to make whatever sword you want. This was an extremely difficult choice as you had so many other wonderful icons like the modular rods, the crossbows, the Japanese Non-casual weapons and Icons that made me hungry lol.

The newest one is really interesting, you don't usually see colors like that. It could be like Emerald armor or something, also reminds me of the glass armor set from the Elder Scrolls series.
Last edited by a moderator: Dec 23, 2015 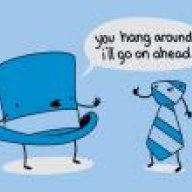 Everything modular! The new swords parts are great and the rods, rings and necklaces are amazing, I was really needing those, also the minerals looks quite good and will be very useful too.

It's so hard to choose! They're all great! But one icon I appreciate in particular is the new grappling hook. The old one looked a bit off in my game, particularly the ends of the hooks. I had snipped out the hook portion to use in events as my player throws it and hooks onto stuff, but it didn't look right on my maps as I used it in-game. I edited it myself to try to make it look better, but your version is so much nicer!

I know this was all a lot of hard work, and you probably burned yourself out for awhile, but thank you very much for all of your wonderful additions! It's really an amazing amount of variety, especially with the new modular sets. 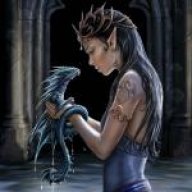 I think the modular staffs were my favorite, though I love all your modular icons. ^.^

​
Since tomorrow will include something slightly different, what was your all over favourite day?​
​
Click to expand...

Day 23 feedback: This icon set of yours, if will be filled 100% at the equipment section will become the greatest one file asset ever made for VX Ace. Oh wait! It already is!

Great work, my favorite is the armor.

As for which day was my favorite, that would be day 5. Those icons can be instantly used to modern day games and that is what I am up to. I can't believe that people can thank you enough for your contribution. Seriously, you are amazing. 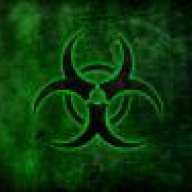 I have to go with day 5 and day 23 as my favorites! (I know, I'm cheating, I chose two but it's THAT hard to only chose one)

Day 5 cause I'm already sold to modern stuff, and day 23 cause, well...these icons are so pretty awesome! (or awesomely pretty)

Boy I wish I had half your talent Avery! (although I realise it's part talent but also lots of hard work)

I really hope I manage to sleep tonight...you know...with the final release tomorrow and all! 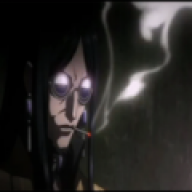 The gems, those were amazing. 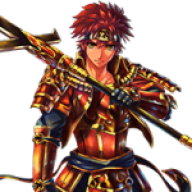 Avery, you are a true Icon Goddess! Thank you so much for sharing your wonderful gift with all of us. I hope you have happy holiday season.

​
Merry Christmas!​
​
I have to admit that I haven't slept well since three days (no worries, not because of this, just so much to do in rl >_<) and so this post is maybe a little shorter than I planned.​
​
At first I have another leftover bunch for you, random icons that could've become topics for full days but in the end didn't. Or, in case of the saddle, that were accidently made as 9th icon of the day and taken out so everything is even^^; It was another replacement icon, maybe you can spot the old one as well in the start post.​
​

​
The OP was updated, but I guess I will make it prettier again and such when I have the time and rest to do that. You can already find all the icons and sets and everything there. Did you know that I now have made over 2500 icons for VX/Ace? (2501 is the current counter, not including all the options of the modular icons!)​
​
Well then, let's unwrap the present:​
​
​

​
These were started before MV was even out, that's why there's that random kunai at the bottom - the style example I had of the default icons contained it, I don't know why they took it out. Well, I had worked a little on it secretly (maybe 8 icons?) and then some people started becoming demanding and pushy and all motvation was gone. You know, such a huge set is work of many hours and I don't want to spend them with such things in mind, so I abadoned it.​
Thanks to Sharm and Palla I picked it up again and fought icon per icon to replace the default sheet. It was never the plan to finish it til christmas and I am very proud how far I came in that short period! It was very hard because you see that huge workload all time and no matter how many icons you do, you barely see any progress in total.​
Besides the kunai you see some variations of the icons at the bottom^^ Maybe I'll also make some basic recolors of the potions later, we'll see.​
Of course I am planning to finish the replacement set and expand it (because really, really? All those music instruments but no Ammo, no ID card, no USB-Stick or SD Card, no UI icons, no battery, no.... you see, especially the modern icons lack nearly everything.) but that depends on the mood and time. They also take me way longer than the 24*24 ones, that's why the request limit is 1 by now.​
​
It may not look much, but the set took way longer than the rest of the icon calendar in total,seriously.​
​
So, that's it, so far. I am tired and there's still so much left to do here >_<​
​
​
As said before, I'd love to see some ingame screens featuring my icons for christmas if you are up to it ​
Also you can now spread the world, there is an alternative for MV default icons now \o/ At least 66% of it^^;​
The set with a blank background is in the OP.​
​
So, thank you all very much and I hope I could brighten up your advent a little! See ya after christmas!​

Wow, you are amazing. Those icons are just beautiful. Love your work.

Thanks a lot Avery your hard work and generosity are truly inspiring. Beautiful work as always, too, those are some amazing icons.