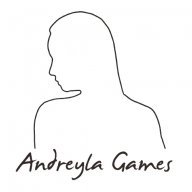 Hello everyone,
I thought I would come out of lurking to show what I've been working on the last little while. As saying too much about the game will drop some pretty major spoilers, please forgive me if I'm a little vague. Hopefully I'll be able to get some feedback nonetheless.

Game Mechanics:
The game is a psychological puzzle/exploration game. As the main character cannot really talk, any dialogue will be minimal. I would like to make use of sound effects, and expression bubbles to get across what the character is trying to say. It will play out mostly like a point and click adventure with a payoff to those who like to explore the map.

At this point there is no battle system planned as I'm thinking it will detract from what the game is supposed to be and would feel like a bit of a pointless addition.

There will be a large emphasis on custom assets. The game will have a very hand drawn feel to it and will likely not encompass any premade assets at all.

There will also be a large push for immersive sound effects. As the game will be quite short, I will be putting a lot of time and attention to detail into the look and feel of the game.

If possible, I would like to add animated cutscenes to the game (cell frame animation, not only an event cutscene in RPG Maker). Hopefully it will allow a more unique experience than what is typically released.

Plot:
The story is quite simple on the surface. You play as a somewhat neglected child in need of some food. Your objective in the game is to find some so you can have something to eat. Why is this child neglected? How did it get into this situation? Where are the parents in all this and why aren't they doing anything about it? The game will answer these questions throughout the gameplay.

Concept Sketches:
Here's some rough sketches of characters in the game. The concepts are still somewhat fluid as I'm still trying to find a design that will be easy to animate in cell frame animation. I'm trying to keep the scope reasonable for a one person project while still pushing the boundaries.

Screenshots:
I don't have much in the way of screenshots yet as most of my assets are still just concept sketches. However, I did jot down a quick map today to check the feel of the game. This is what it looks like fullscreen, not zoomed in. I've written some notes to the side to explain what I've done.

I know I haven't given a lot away. It's one of those things that are best going into it blind to be honest, which makes these sorts of threads difficult to word. I'm still hoping I might be able to get some feedback at this point though. I'll update with more art, and when I get some real game assets down I'll move the thread to Games In Development.
Last edited: Feb 26, 2018

Today I worked on some effects and made a dummy map to check the look and feel. Updated original post with screenshot. 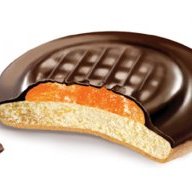 This sounds pretty good. I really like games like this, so I'm looking forward to seeing how this comes along.

Thank you so much @Sofinho and @The Stranger.
I've been working on it a little every day, so hopefully I'll be able to update fairly regularly.

48Tentacles
Took a small break by playing VR. Latest update of these glasses unfortunately caused a little of trouble but it can be fixed with a manual operation.

Until You Fall is freaking awesome.
10 minutes ago •••

Conflictx3
I am SO HYPED to share this trailer with everyone when its done. I almost want to tear up i had no idea how far i came along with Fallen Feather in these last 3 years.
Today at 4:21 PM •••