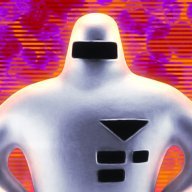 Poryg said:
As a player I have found out that having two attackers and two supports breaks just about any game, throwing the entire game off balance. Way too little amount of games have well balanced gold economy.
Click to expand...

Yeah that's a good point. I suppose that's where efficient testing comes into play. I wouldn't want to be able to breeze through a game, myself. If there's not even a bit of a challenge, you don't get that sense of fulfillment/achievement when beating that boss or completing that dungeon or puzzle or whatever. And you're right with the gold economy! I find if I have to grind for gold just for the next level of equipment, even after completing the previous dungeon and boss, that really irks me. But on the flipside, always having way more than enough gold that your characters are always geared up to the teeth in the best gear, that's no fun. If that's what you meant by gold economy, haha.

mauvebutterfly said:
As far as having an OP character, I was musing once over what a Sailor Moon RPG would look like. Basically only Sailor Moon would actually be able to defeat the enemies, and the other scouts would just have to be decoys or cover for her until she decides to actually use her overpowered move and finish the fight.
Click to expand...

Actually, it's not just about having the latest items. Manx games can be finished with pretty obsolete gear. But you can just stock up on healing items and use two characters to throw them around while your two hitters take out the enemies. It's even easier if the game has enemies with mana, you just deplete their mana and then they're punching bags.

One of my games had a 4-man party with these roles:

After that, I shifted down to 3-man parties. It just feels better, in my opinion.

I don't balance characters by stats, but rather, by their ability sets. Going by the OP's formula of "good in 2 stats, average in 2, bad in 2" might sound reasonable at first, but any supposed balance that achieves goes out the window when you give one a more useful set of abilities than the others.
You must log in or register to reply here.
Share:
Facebook Twitter Reddit Pinterest Tumblr WhatsApp Email Link

ItsAri
I wonder if I can go outside ye-

ImaginaryVillain
*Buys all the PVGames assets, ends up creating his own ground tiles.* At least I used the other types of graphics? Right?
Yesterday at 6:31 PM •••