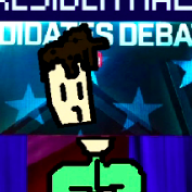 So I recently started to get into RPG Maker and was wondering if any of you guys had any tips about creating characters that have varied stats, but are also balanced. Thanks!

It's such a wide topic, but the best advice I can give you is to get the best understanding that you can of what each of your stats are actually doing in your game!

You have to go even deeper than "ATK is increasing the damage my physical damage-dealers do" - if your damage formula is 100 + a.atk * 4 - b.def * 2, then what each point of ATK does is raise your damage output on physical attacks by 4. Each point of DEF lowers your damage taken from physical attacks by 2. At first glance, this might make ATK look more valuable than DEF. However, this has a complex meaning based on other factors in your game:
Some stats don't even have a function in your game by default - for example, the LUK stat essentially does nothing in RPG Maker (it has a negligible effect on the application rate for negative states). So no amount of LUK is going to compensate for a difference in ATK or DEF or Max HP, unless you give it a function in your game.

There's also the question of how to balance character stats against enemy stats. This is a tough process to perfect, and ultimately what you should do is to create your characters and enemies, create your dungeons, and then try running the dungeons yourself, and make adjustments appropriately (keeping in mind that your game will be harder for other players than it is for you, because you already know all of the mechanics, enemy behaviors, and layouts in your game). While doing a first pass, here are some things you can keep in mind:
That process will give you a pretty good starting point, after which several rounds of playtesting and the ensuing adjustments are your best tool for creating a really satisfying, balanced experience.

Wavelength sums it up quiet nicely, though I'll throw in my two cents.
First, balancing can be really fun! I personally love that side of game development!
Second, I second everything Wavelength said. They have really good points to consider when it comes to balancing. If you are looking for a starting place, try messing around with the default stat set ups (the "A","B", etc in the class parameters) just to get a feel for them and growth rates. You can always modify them later!
Skill damage formulas are important too. Even a low stat can do big damage if it has a massive *12 modifier. Look up some example formulas in games with combat close to yours (low number games, games with an atb, etc) for a starting point. There are tons of plugins to help with balance and numbers though if you are brand new, play with the default engine first before leaping into plugins. Learn what it can and cannot do on its own.
Don't be afraid to start with character tropes: the squishy mage, the fast rogue, the tanky but slow knight, etc. They provide good beginner points, and you can easily customize them to make a memorable class.
Basically: start small, work your way up, consider what you really want this character to do in combat, and play test. Then play test again. Anndd play test some more! Always remember your game will be far easier to you than it is to other people. If you find your game hard, players will likely find it impossible.
Sorry for any Grammer or format issues; I'm on mobile

Hmmm. Is this actually about balancing character stats or characters as a whole? There may be characters who have abilities that are not all that useful in combat, but all the more relevant when it comes to healing and curing thereafter, or are able to pick locks or disarm traps or other things. Then again, not every game goes in to a lot of detail when non-combat actions are concerned, so it would be really great if you could tell us more about your intentions.

Anthony Xue said:
so it would be really great if you could tell us more about your intentions.
Click to expand...

Sure thing. Stats/characters are going to based more around acting in combat. Never thought about outside but as cool as it sounds I want to keep things simple.

Wavelength said:
Some stats don't even have a function in your game by default - for example, the LUK stat essentially does nothing in RPG Maker (it has a negligible effect on the application rate for negative states). So no amount of LUK is going to compensate for a difference in ATK or DEF or Max HP, unless you give it a function in your game.
Click to expand...

Technically speaking, the only stat that does not have a purpose in-game at all unless you give it meaning are ATK, DEF, MAT, and MDF. Luck has its influence by default which is affecting the buff/debuff and state application rate. The other four I mentioned are only used within the damage formula.

----------
Speaking of character stat, it is also important to remember that the progression of the number may also affect how your boss encounter is best to deal within a certain level. If you put an extreme stat difference (either that by using a massive multiplier in the damage formula, or a massive stat jump in the stat curve per level), your boss encounter may seem to be impossible to deal within a certain level and seems too easy after leveled up by 1.

Meaning : Half of Player's attack stat is reduced by a Quarter of Enemy Defense stat to deal Final Damage

Using this Formula, Let me tell you that you don't have to worry about balancing anything too much, Things will balance themselves automatically. Just remember this General Rule :

HP > Attack > Defense (Life greater than Attack, Attack greater than Defense). You could vary one or two of these stats slightly to create unique Player Characters and Enemies.

Demonstration of this Formula on Enemies :
(Choosing all "5"s and "0s" to make it look simple)

Result of a Typical Battle :

As you can see, This starts to feel decent, Player deals a lot more damage than Enemy while at same time taking considerable damage and you don't have to really balance anything out, Just remember the HP > Atk > Def Rule from above.

Use your Imagination and give your Entire Party varied Stats (Go ahead and do some Testing, Because there is no Game that can be made without Battle testing) and find out what works best for you !

Code:
The reason I have 2 possible formulas is for whether a character is using a 2-hand weapon or not. You'll notice that 1 point in ATK (Str) basically increases damage twice as much as AGI (Dex). After the resulting value is calculated, that figure is calculated against the target's armor/resist like so:

Code:
As you can see armor (at the end of the formula) represents the target's DEF or MDF value and are used in a armor scaling fashion (diminishing returns). There's a bit more to this that further adds value to DEF & MDF, but I won't get into that right now. I used to incorporate this manner of armor scaling in each and every skill formula until I saw that Yanfly had a plugin that basically did it for me using a nearly identical formula to what I had originally used.

Oh, I also wanted to mention that I've reduced MV's default Crit multiplier from x3 to a much more reasonable x1.5 and like mentioned earlier Strength will increase this at the rate of ATK/100 (so 50 Strength would increase this to x2). For context, an average late game melee character would have ~100 STR while an absolutely min-maxed character w/ best of everything could have up to 200 STR.

Anyways, my goal w/ all of this was to make each and every stat useful and desirable (players will have stat points they can spend to fine tune their characters). This is especially true for DEF/MDF since I've noticed that in many games, this is an undervalued stat. As in, I see a trend of people mostly just stacking as much of a single damage stat as possible and ignoring everything else.
Last edited: May 29, 2020
You must log in or register to reply here.
Share:
Facebook Twitter Reddit Pinterest Tumblr WhatsApp Email Share Link 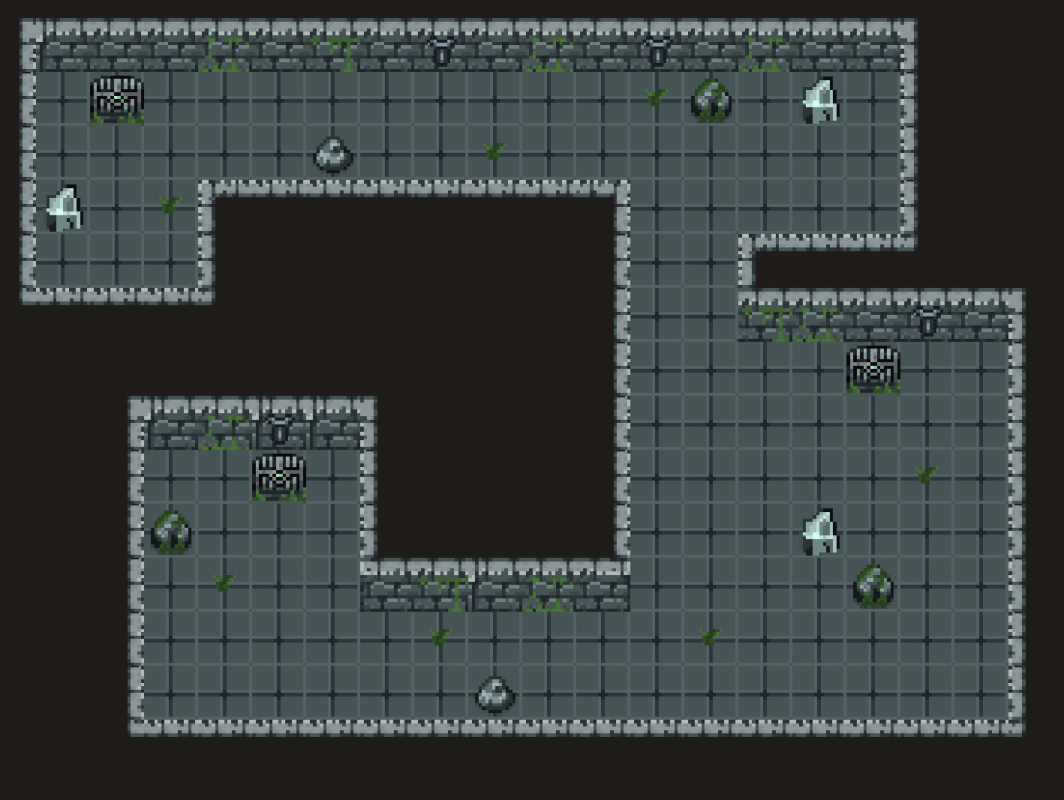 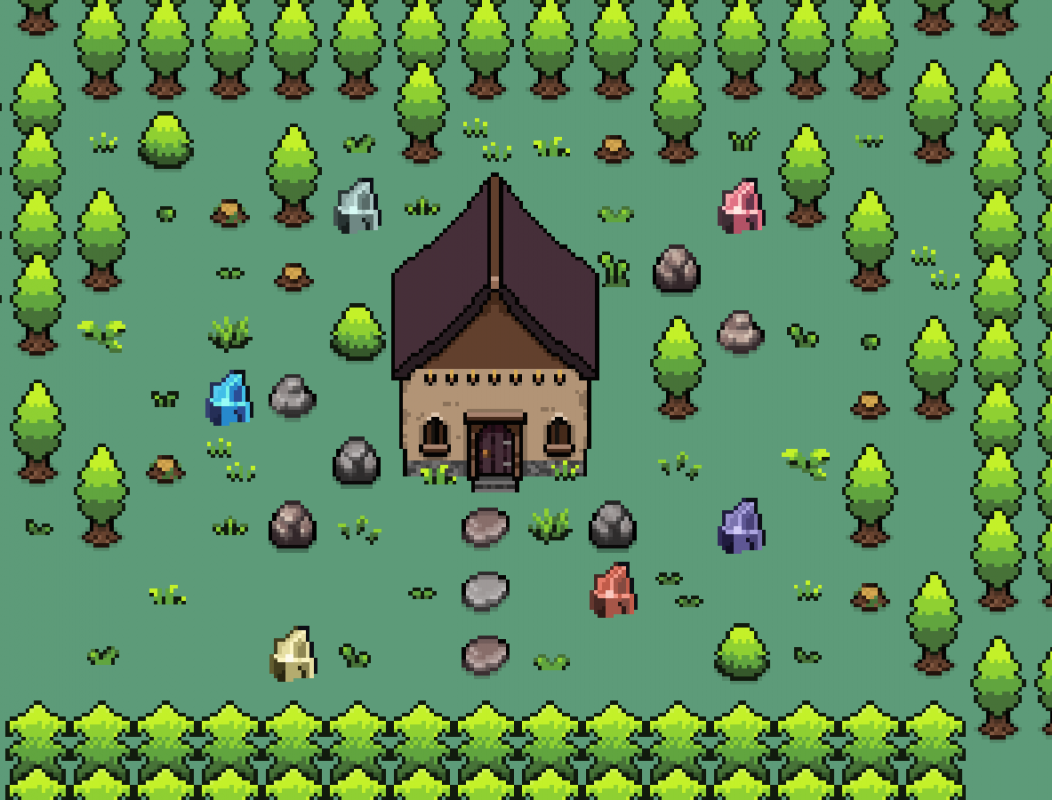