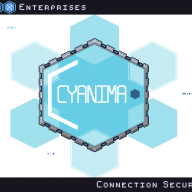 
Banner Avenue is a mystery solving narrative experience. You play as Macabee Johnson as he tries to uncover the mysteries that surround this dark suburb.


What is Banner Avenue, where is it and where is everyone?


Inspect the world around you. You never know what you'll discover


If you encounter any bugs or grammatical errors please let me know
Last edited by a moderator: Mar 11, 2016

Congrats on finishing your game!  It's a pretty interesting game, straight-forward but enjoyable.  The mapping is nice, and it's great to see a POP! game.  I do have a problem with how dark the game is though.  Even with the torch I was having issues seeing things, so most of the game was me rubbing my face on the wall until I found a door or person.  I'd be happy if it was a it lighter, so I could actually see more of the game.  I really liked how you hid the door code, and would've loved to see more puzzles like it.  I only had a few problems with tile passability issues (like I couldn't walk behind a lamp or walked onto a end table) and there were some spelling mistakes (a few spots had 'your' instead of 'you're' for example), but overall I enjoyed playing it.

@hiddenone Thanks very much for playing and your feedback, it's much appreciated and I'm glad you enjoyed it! I do like the POP! style alot and it was nice to actually get a good chance to use it.


I'll go through and fix the spelling mistakes (thought I'd got them all ) and have a look at the pass ability on the tiles you mentioned. I'll have a look at brightening it up a little bit, just a tad though
Last edited by a moderator: Mar 13, 2016

This game had some potential to be cool, but the overuse of darkness making it impossible to see anything and the lack of goings on as well as the droning sound made it impossible for me to get engaged and resulted in a dull experience. If those aspects were fixed this could be a cool game, but it was impossible to tell with those things in the way.


Still, congrats on finishing the game! I'm pretty sure there's a neat game in here, but those niggling things got in the way of me seeing it :<

@Indrah Thanks for taking the time to play the game


I'm sorry you didn't enjoy it very much and I'll take it your feedback into account and try to improve the game with it.


@Atlas Rose Thanks for taking the time to play the game


I'm glad that you enjoyed it, and I agree at some points I compromised on logic in order to finish.


After comments from yourself, Indrah and hiddenone about the lighting it seems it is just too dark to see enough to navigate properly which can hamper the experience so I'll need to do something about that.


Yeah the lighting and music seems to be big sticking points so I'll definitely address those.


Although, I would just like to clarify that the darkness is there as a symbol of being lost, like how you would feel if you had lost someone and just didn't know what to do with yourself. Unfortunately, I overplayed this and it ended up hurting the experience instead.


Thanks for all of your feedback, it's greatly appreciated
Last edited by a moderator: Mar 19, 2016 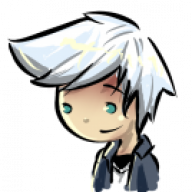 I played Banner Avenue and while I do gripe a lot, I liked it very much. There are a few things here and there like the light catching on walls that aren't there and some grammatical errors and some leaps of logic that I'm sure could have been done better, but it's pretty good for what it is. Congrats on finishing!

Hmm... I liked that this was different from the usual hack and slash. I also liked the reveal at the end, even though usually I don't like those kind of reveals. There were no glaring technical problems that I could find either. Though there was one technical problem that I'll get to later.


On the other hand, I found it somewhat pretentious. By that I mean that the constant darkness and ominous background sound seemed to say to me, "Hey, look at all this atmosphere!" Atmosphere itself isn't a bad thing, especially when done well, but when there's more atmosphere than substance, it comes across as pretentious. But there's another problem with using too much darkness - no shadows. It isn't darkness that adds mystery, it's shadows. Make a room dark and it's uninteresting. Make one corner of the room dark and people wonder "hey, what's in the corner?"


Related to the lack of light is the lack of music. Music is such a vital aspect of modern storytelling that the "silent" movies were accompanied by live music. I think that the right music builds atmosphere better than any droning sound effect. Which brings me to the technical problem - the sound effect doesn't loop properly, which I found distracting.


As for the storytelling, I thought some of the details were either too convenient or too contrived. For example, the password for the door. While it was an easy enough puzzle for me to figure out, it made no sense at the time. Same thing with the gun. I think that maybe some storytelling was sacrificed for the puzzles. Of course, it all makes sense by the end, but I believe that the journey is more important than the destination.


One thing I really liked about the story was that it was an allegory. It's hard to do that without being heavy-handed but I think this game did well with it. Overall, I thought this was an entertaining game that suffered from some stylistic errors. Addressing the biggest concern - the lighting - may go a long way toward improving it.

I've updated the game to Version 1.1


Hopefully this will address some of the downfalls of the game


@jwideman @Atlas Rose Good to know the changes did make a difference, thanks both for your feedback confirming
Last edited by a moderator: Mar 20, 2016

I just played it again with an eye for the lighting and an ear for the music. Huge improvement!

Ami
need a time to not open my MV,still addicted with new vegas

i wonder what addiction effect behind playing new vegas too much,maybe INT & Science gone worse in many days
Today at 1:59 PM •••
cdjensen94 Kaliya cdjensen94 wrote on Kaliya's profile.
Are you the one who develops Kaliya's Visual Map Enhancements. If so I desperately need some help. I bought the plugin back a few months. I've only started using it recently.
Today at 12:48 PM •••

Hollow 1977
Here in Fla were are seeing crazy covid spikes and some vaccinated getting bad infections. I had a mild fever on Thurs but it went down fast. How is everyone else doing. Hopefully you are all well.
Today at 9:47 AM •••
lesbrarians
Wish I was better at art, specifically that I was faster at it, bc this one NPC took Several Days to complete! It's gonna take So Extremely Long to do all of the art for my game, never mind writing it... Anyways, here's my gorgon, Hopernica Sthyxis!