RMMV Battle: Add a picture when certain ability is used (Cut in and All Out Attack Persona) 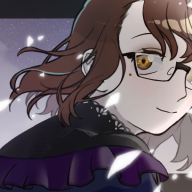 Hello Makers. Hope you´re having a nice day. I have two questions:

1) Cut in. Picture when certain ability is used.

Well, this is "simple". When certain ability is used i need a effect like this.

I think that basically it can be made with show an erase image, and adding a SE but i don´t know how an ability could call the images and a sound.

2) All Out Attack. Picture after an animation ability if enemy is dead.

I´m following this tutorial. At the minute 18: 25 the attack began and has his animation but i was wonder if, after the animation (18:33) is possible add a image like this and a SE if all enemies in the field has died:

If you Google "RPG Maker MV cutin" you'll find a plugin that will get the actors' faces coming in like that, and they have sounds and animation and such. You can configure which skills use them, combinations of actors, etc.

Thank you so much! I didn´t know about this plugin.

If I was working in the office would you still talking me like that?
17 minutes ago •••