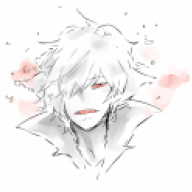 I've been having some issues trying to force Enemies to hit Actors using Battle Events.

Specifically I have a setup where a Boss uses a buff/places a State on itself. The Battle Event then uses a conditional branch that if the Boss has a state it will force multiple attack actions on that same turn.

My problem is that the options of Last Target will mean it keeps attacking itself after using the buff on itself, and Index seems to refer to the Enemy index (so Index 1 means it will still only hit itself). The attack skill is set to just "1 Enemy" but it seems that it doesn't prevent attacks from still targeting itself.

Is there anyway I can prevent the Boss from just hitting itself, and force the target of the attack the player Actor?

The index is depending on the scope - either the enemy index or the party index depending on which side the skill targets.

But yes, it is tricky to set the enemies to attack specific actors by default methods.

Oh, ok so I did get the way Index works wrong. Keeping everything to Index 1 did the trick, thank you very much. 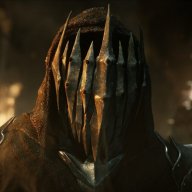 Sorry to necro-post, but i was looking for a solution to a problem that sounded a lot like this one. Basically, the problem that i didn't realize was that at some point i'd accidentally changed the first skill used (the one that calls the event and applies the state) to a physical attack instead of a certain hit.
Figured i'd put this post here so that anyone with a similar issue would see another potential solution to their problem.


Just because a problem sounds a lot like another doesn't mean that it has the same cause. Please post a new thread, giving all the details that relate to your specific issue.

Benny Jackdaw
Sometimes I feel like I don't belong here. I feel like I have the exact opposite interests in storytelling as everyone else.
1 minute ago •••

Mystic_Enigma
You know what really grinds my gears? Websites that block your access completely if you have an AdBlocker on...

I would rather skip the site than endure some popups that may give me a gnarly virus!
Today at 8:05 AM •••

Touchfuzzy
Guys this thread is so good and you should be reading it.
Today at 7:55 AM •••

jkweath
Once again have another case of an Android user losing all of their save files for all of my games after a single game update. Apparently even Yanfly's Save Core can't prevent it. Very frustrating.
Today at 7:38 AM •••

Prez
Question! If anyone here has any of the Time Fantasy tiles, or the Omega Modern one, do they include character templates/bases/whatever the term is?
Today at 7:27 AM •••