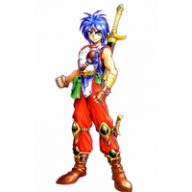 The script adds 'battle formations' as are known in the breath of fire series. These battle formations affect the battle party through several boosts and penalties, also have a visual presentation with different character positioning in battle, depending on the current formation.

This type of battle formations adds a new layer of strategy to the battle system, with a different approach row formation system does.

1.0: First version, maybe need some polishing but should be 100% usable and mostly bug-free.

- Full compatibility with a minor integration with Yanfly Party system (especially the option to lock positions or require characters in battle).

- Extend the party maximum to 6 characters (should be easy enough).

- Maybe some special restrictions by actor, so some formation maybe are only usable if X actor is in battle party.

- Some code refinement. While I am pretty happy with the initial result, Some things left there bugs me a little (there's some weird image load behavior for instance).

This script requires version 1.5 of RPG Maker of greater in order to use it properly, as makes heavy use of advanced configuration options only available from this version onwards.

This script is standalone (no plugin dependencies) and plug & play (no need for new game to its full use). The performance should be excellent (no lag due to the extra processing).

Should be placed before any plugin that may alter the battle system (so the positioning takes effect).

The script is fully configurable inside the RPG Maker program through the plugin manager parameters. All parameters have a help text indicating what
they affect.

Most texts are fully customizable using the formatting options available in text windows and any text window plugin extension.

There are 10 formations as default, you can configure up to 20 formations. The states should be reviewed, however (they should at least exist).

Should be highly compatible with most plugins, as in practice only alter the party positioning in battle, the max battle characters, and adds a permanent state to battlers dynamically.

This option will be only available through the menu screen options, and can optionally replace the "Formation" option.

If the default formation menu option is disabled, 'battle formation' option will also be affected.

These formations will position your characters in battle at specific points, and will also add a state permanently to each battle party member.

Through states, you can change any parameter using state traits and any plugin that add custom traits to states (IE: Magic Element Augments, Critical Damage).

Formations can be either always available, or you can turn them On/Off using a switch. Formations only apply to a number of party characters, so a formation of 3 characters will be only usable if you have exactly three battle characters.

If you didn't configure a formation for the current number of battle characters, there's a default "None" formation that will apply default positioning and no states.

When you add or remove a character to the party, formations are checked and possibly reset if the max number of battle characters has changed. The default formation at that moment will be the first formation valid for the number of characters (not switched off).

This is my first serious plugin, took me lots of hours to get here. I have to thank Yanfly immensely, looking at their plugins saved me a lot of trial and error, also helped me out to get some good programming practices in this framework.

Looks good on paper and should be a good fit for one of my projects (Bhavacakra Adv). Too late for original Bhavacakra though.

I will consider using it. It doesn't change the party formation on map, does it? I ask because I need a fixed leader on map.

sura_tc said:
It doesn't change the party formation on map, does it? I ask because I need a fixed leader on map.
Click to expand...

Yep, order will affect the party on map screen just as the normal formation does, also if you reduce party members on purpose, they're also are reduced on map screen.

IIRC you don't have formation management at all, and you have Maco on first slot and the rest on the order you recruit them, isn't it?

If you wait I finish the yanfly party system integration, you can "Lock" Maco (or anyone as needed) on the first position, that should do the trick, I guess.

No, I don't have it at all because there is no need. As long as Maco is locked as a leader, the rest haven't matter.

I generally try to use as little extra plugin/ parallel common events as possible for smoother play. I have played some massively lagging MV games.

sura_tc said:
No, I don't have it at all because there is no need. As long as Maco is locked as a leader, the rest haven't #matter.
Click to expand...

I'll let you know as soon as you are able to lock a character, it should work great for what are you looking for.

I generally try to use as little extra plugin/ parallel common events as possible for smoother play. I have played some massively lagging MV games.
Click to expand...

No worries, this plugin is really lightweight, I have an old PC (decent for gaming but the processor is a bit lacking), and also suffered slow Maker games due to plugin/event bloat. Just try it, you don't need to configure anything for a quick test, and you'll see the battle formation screen load fast and the plugin doesn't affect game performance at all.

This is some solid work! I had plans on using this feature in my game before I even started making it, so this is nice to see. 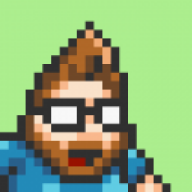 This has to be one of the most useful plugins I have come across in a long time. I have always wanted to make a battle system based around party positioning and this is perfect. 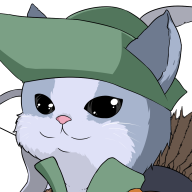 Halo dis, what plugin of Yanfly not compatible with this?

Actually is somewhat compatible with yanfly party plugin (wont break), but is not integrated, so you should use either this features of yanfly's party ones ATM. 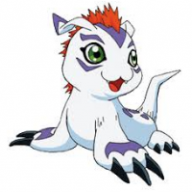 Can't wait to use this, but I get "Maximum Call Stack Size Exceeded" error at "New Game". Only when I use Yanfly's party system plug in. Looks like you're already working on this though. *waits patiently*

I really want to use it, but want to add so many things myself...
Do you mind if I make my own version? I'll make sure to give you credit!
Last edited: Sep 16, 2018

@Waterguy Been following this topic waiting for updates to this plugin. If you do something with this, I'll be bugging you for progress updates. XD

Hi, I didn't touch this plugin again, but should be stable anyways.

Hey man, I'm looking for a 5 party solution as well. I'd be keen to use your's when you're done.

A very nice plugin ! Did you improve it ? (More battlers, plugin commands to add/remove formations) 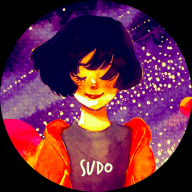 Can you change battle formations in the middle of battle?

Ah right, forgot to tell you guys (and add to my topic), I think I finished my version of it.
Hope you guys like it.
I based it heavily on Ninakoru's, but made it compatible with Yanfly's Party Manager. But also made you able to change the party size even without it.
Put it under the yanfly plugins.
I should add it to my own topic...

Sir, but there's no other formation, how can i add formation? thankz

@PhanTom:DeeMo in mine? in the parameters there is a "Formations" parameter that opens a list. Click on an empty line on that list to create a Formation to set for there.
It is not something new, been there since 1.5.0, but many plugins are from before and some plugin creators from after never found out about it so if you never met one with it it is not so much of a surprise I guess
You must log in or register to reply here.
Share:
Facebook Twitter Reddit Pinterest Tumblr WhatsApp Email Link

ImaginaryVillain
//peeks out from behind some bushes
Psst! Psst!
//waits for everyone to gather...
I saw it! I saw it!
//looks around conspiratorially then leans over and whispers
Galv updated a plugin!

No sudden moves, we don't want to scare him off.
Quick someone setup a Patron trap while we distract him. 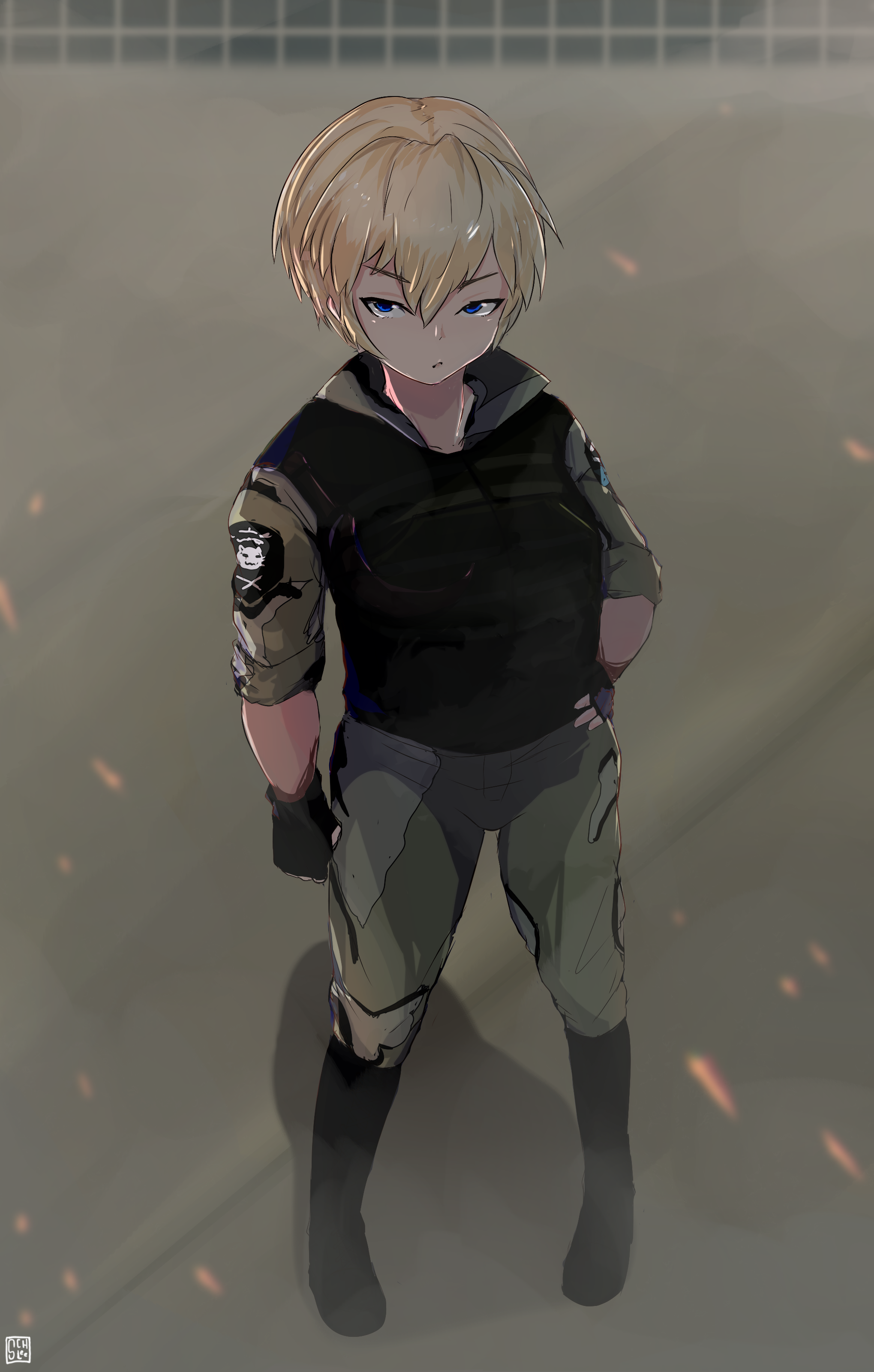 dreamfall887
It's my birthday!

RavenBlueIndigo
Stream will be live shortly with a session of the Interactive text Adventure! Feel free to drop by!
Today at 11:20 AM •••